Born in Poland, Landowska emigrated to Paris around the turn of the 20th century and soon became famous for her efforts to repopularize the plucked-string keyboard instrument that had reigned supreme in Baroque music. The French piano firms of Pleyel and Erhard had both exhibited heavily-built, modern versions of the harpsichord at the 1899 World’s Fair, and Landowska was hooked. “Her own repertoire extended well beyond the Baroque, and she was known to play Chopin mazurkas on her Pleyel,” Vinikour said. 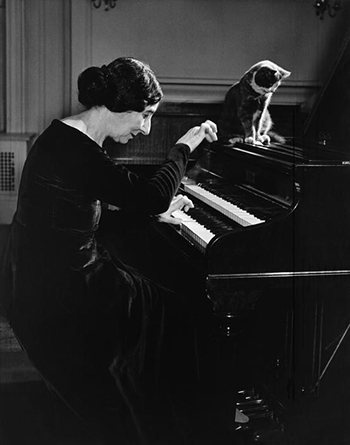 Poulenc’s concerto followed close on the heels of another work that featured the modern iteration of the instrument, Manuel de Falla’s Harpsichord Concerto, which Landowska premiered in 1926. That experience led her to commission this “Rustic Concerto” from Poulenc a year later. The composer named the work after hearing Landowska play Bach in her home in St-Leu-la-Forêt outside Paris, but beyond its sylvan title, Vinikour thinks the concerto evokes a range of feelings.

“Underlying this very joyful, very tongue-in-cheek, occasionally very Romantic piece, I feel — and I’m not alone in this — an overwhelming sense of sadness. At its best, it evokes something profound, perhaps Poulenc’s own view on society and France’s role right between the two wars. There’s a heck of a lot going on. It’s so playful and so melancholic at the same time.”

Unlike de Falla’s piece, which is lightly scored for harpsichord, flute, oboe, clarinet, violin, and cello, the Poulenc concerto fields a big orchestra with full winds and brass, lots of percussion, and 32 string players. Even Landowska’s hefty, industrial-grade instruments might struggle to be heard.

What instrument will Vinikour use this weekend? “We could speak for days about this,” the harpsichordist said, introducing a topic that has both philosophical and practical dimensions.

“When I was first asked to play the concerto about 24 years ago with the Rotterdam Philharmonic, I had access to a Pleyel instrument — but I stomped my foot in a Baroque musician’s sort of way, not wanting to play that sort of harpsichord.” Later, Vinikour began thinking more kindly of revival harpsichords, at least if he could play on a genuine Pleyel. “The sound is special, and there’s a certain sweetness about it. And, of course, it was also Landowska’s instrument, the person for whom Poulenc wrote the piece.” 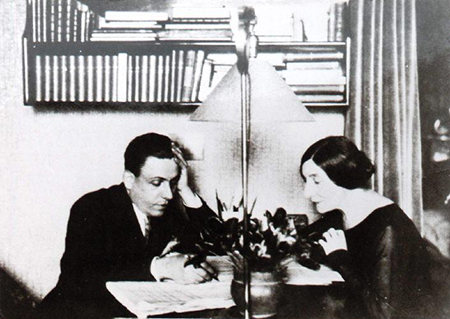 Moving to the practical side, Vinikour acknowledges the difficulty of arranging for an “authentic” performance of the Poulenc piece. “It’s rare to find a Pleyel instrument, period, and finding one in perfect working order is extraordinarily rare.” For his Severance Hall appearance, Vinikour will use a William Dowd harpsichord from the 1970s that has been completely rebuilt in Cleveland by Philip Cucchiara. “It’s beautiful, with a very robust sound. And I’ll be making some ‘cheating’ arrangements of a couple of little passages to evoke — both for the cognoscenti and myself — a little bit of the world of Pleyel.”

Jory Vinikour’s visit to Cleveland will also allow for a mini-reunion with Stéphane Denève. “I’ve known him since my first year studying in Paris in 1990. I remember seeing him conduct modern music with a conservatory ensemble and just being blown away. I said to myself, ‘this is a 20-year-old guy who is going to go very far.’” The two last performed the Poulenc concerto about ten years ago when Denève was conductor of the Royal Scottish Orchestra.

Although the Poulenc concerto receives only sporadic outings in the U.S., Vinikour’s date book includes several performances in Europe. A summer ago, he played it with the Frankfurt Radio Orchestra, and forthcoming dates include appearances with the Saarbrücken Radio Orchestra and at the Musikverein in Vienna, where ironically he will play the piece with an orchestra of period instruments.

In addition to his busy career as a harpsichordist, Jory Vinikour is increasingly finding himself booked as a conductor. “I put that in air quotes,” he said, “because I always do that from the keyboard as an organic offshoot of my harpsichord playing.” He led the St. Louis Symphony in a Baroque program in December, and conducted theater works by Blow and Purcell with Milwaukee’s Florentine Opera in January. He also doubles as a fortepianist, and next July will perform and record his fourth Mozart opera in Baden-Baden with Yannick Nézet-Séguin.

This weekend’s audiences might like to be reminded that Vinikour recorded all of J.S. Bach’s flute sonatas for Delos with Cleveland Orchestra principal Joshua Smith in 2009-2010. “That was a wonderful experience,” he recalled, “and I’m very excited to return to town this weekend.”