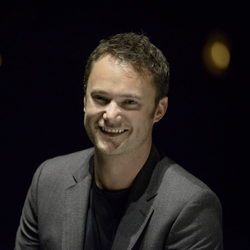 A full evening devoted to the music of Joseph Haydn is sure to be filled with sophisticated musical rhetoric, and at least a good handful of surprises. Last Thursday evening at Severance Hall, visiting British conductor Matthew Halls and The Cleveland Orchestra dug deeply into the fabric of an overture and a symphony, and with the help of the fastidiously exciting pianist Marc-André Hamelin, into one of the Austrian master’s piano concertos. Though the fourth work was obviously not by Haydn, its performance by duo hornists Richard King and Jesse McCormick would have deeply impressed whoever actually wrote it.

Conducting without baton a reduced orchestra of two oboes, bassoon, two horns and 24 strings, Halls began the evening with the overture to Haydn’s Esterházy chamber opera L’isola disabitata. Set in the three-section Italian style, the overture begins and ends stormily with a lovely minuet-like interlude in the middle. Highly inflected and ramped up by a tremendous accelerando, the overture set the tone for an evening replete with arresting musical events — and a wealth of nuances.

The concerto for two horns in the horn-friendly key of E-flat has been attributed to Haydn on the strength of a misspelled attribution — probably added to the score by a librarian. It’s most likely the work of the Bohemian-born composer Franz Anton Rösler, who changed his name to Antonio Rosetti to capitalize on the popularity of Italian music. He happened to have been in the employ of the Oettingen-Wallerstein court for sixteen years (the piece was discovered there in 1954), and wrote multiple double horn concertos. He’s no Haydn — as is obvious when you hear this work straight through — but he’s quite excellent at being Antonio Rosetti. 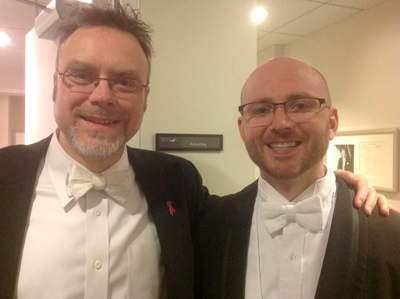 The concerto begins with mellifluous melodic passages where the horns play in thirds, moving on to tricky fanfares and more complicated back-and-forth conversations. Richard King and Jesse McCormick blended their tone beautifully in the former and nailed the latter handsomely.

After a slow movement with a lovely, minor-key ending, the soloists reminded us of the origin of the orchestral horn by leading the orchestra on a merry chase that blended the virtuosic with the lyrical. A curious interlude set up the last statement of the rondo theme that brought this attractive piece to a thrilling conclusion. Halls, sometimes playing bits of continuo on a harpsichord, drew fine, supportive playing from King’s and McCormick’s colleagues.

Piano soloist Marc-André Hamelin spent only twenty minutes onstage on Thursday evening, but his contribution to this little HaydnFest in the form of the Piano Concerto in D, No. 11, seemed much larger. His delicate but sinewy scales, dazzling arpeggiations and decisive cadences in the gallant-styled opening movement were as impressive as they were beautiful. While he sized his playing to Haydn proportions, he didn’t shy away at times from using the available resonance of a modern Steinway, especially in the bass register. 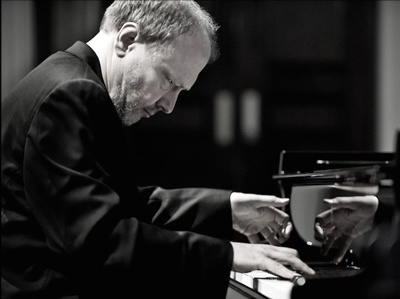 Hamelin graced the slow movement with his expressive playing of melodic sequences and effortless scales and ornaments, and his admittedly out-of-period cadenza by Wanda Landowska added some striking melodic and harmonic turns. The finale, a Hungarian-inspired Rondo, was breathlessly fast but Hamelin’s touch and voicing — especially of his folksy-sounding grace notes — were perfectly controlled.

The rapturous ovation inspired an encore. Hamelin announced, “for a change, Haydn!” and gave the audience a similarly fleet but perfectly executed performance of the finale of the 41st piano sonata from 1773.

Halls ended the evening with an elegant reading of the Symphony in D, No. 101, scored for winds, horns and trumpets in pairs, timpani and strings, and subtitled “The Clock.” Surging, urgent repeated figures characterized the first movement, later punctuated by blaring brass near the end. The ticking gestures of bassoons, second violins, cellos and basses that inspired the work’s nickname initiated the second movement, interspersed with humorous quips from the bassoons. An impressive, long-held note by oboist Frank Rosenwein and answered by flutist Joshua Smith swelled into a big, forte section that retreated to set up the repeat of the opening material. Another crescendo led to a very loud final cadence.

Offbeat accents and a Ländler-like trio with a flute solo gorgeously presented by Smith and answered by bassoonist John Clouser enlivened the Minuet (one of Haydn’s contributions to the development of the four-movement symphonic format). Strings alone began the finale, but soon after the winds joined in, fierce unison scale passages helped drive the symphony home with bursts of instrumental glory.

Photo of King and McCormick courtesy of Liza Grossman.