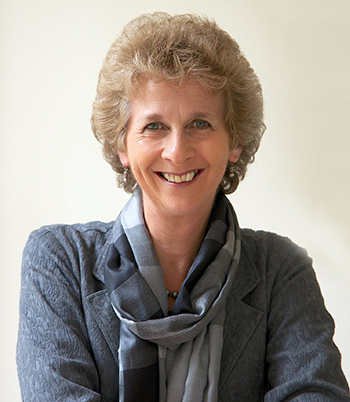 JG: Actually, the first performance with Cleveland will be number 100. Last year I had a couple in the book that I had to cancel because something clashed with them.

DH: Sounds like it’s time to pop a cork then!

DH: There are many different versions of Messiah. How much of the piece will you be performing this week?

JG: I don’t do it all, but there’s a great deal of it, as you know. Mine is an amalgam of many different performances that Handel himself presented depending on who his forces were. The version that I come down to is one that I absolutely adore. The great thing about Messiah is that you can perform it anytime. Everybody’s done it at Christmas because Part I is the Christmas story. He himself of course did it at Easter because Part II is the Passion story. But because Part III is all about Redemption, one can do it at any time of year — because we all need that.

But I tell the Christmas and Easter stories in full because I think one completes the other. You can’t get the beginning without the end. And then I just cut back a little on Redemption. What’s left of Part III is the great “I know that my Redeemer liveth,” the major trumpet aria which is so thrilling, and of course the greatest “Amen” chorus ever written. I love every number, but I know that it becomes a very long evening if one is doing every golden note of it, so we have to make the odd nip and tuck. I hope people won’t be dissatisfied with what’s left.

DH: Messiah performances can range in style from theatrical productions to something resembling a church service. Where on that continuum does your concept fall?

JG: Handel is so good at telling stories, and of course, there’s a huge element of drama in Messiah, but I think there’s an immense contemplative element as well. Handel’s faith was hugely important to him, and it’s important that the Christian message is conveyed. After the very successful first performances in Dublin, Handel was alarmed that London audiences disapproved of the piece because he presented it in a theater. It was really only when he started performing Messiah for the great charity of the Foundling Hospital (picture below) that it took off as an annual event and became the much-loved masterpiece that it is all over the world. 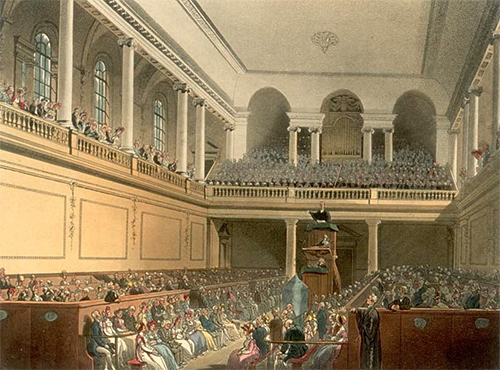 DH: And that’s something Handel probably couldn’t have predicted.

JG: I’ve just written a book about Handel, and one of the things I say, because I’ve thought about it a lot, is that he can’t have had any idea what this piece would become during those three weeks of ecstacy when he composed it in 1740. Even for someone as confident and outgoing as he was, he would be astonished to learn what it has meant to every single generation of music lovers ever since.

DH: Moving on to practical matters, have you had input into the choice of vocal soloists for the Cleveland performances?

JG: I certainly discussed soloists with your wonderful management. Some of them are known to me and some not, so I’m excited about that. I don’t think I’ve met the choir before either. I’ve heard great things about them — and I’m looking forward to meeting them on Monday night. 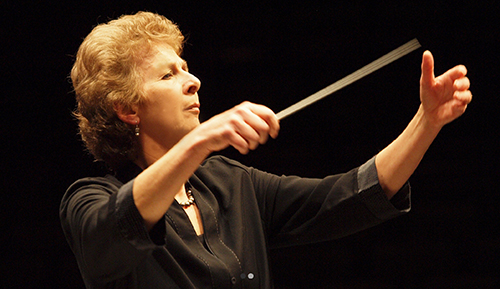 DH: Take us through the rehearsal process from the time you touch down in Cleveland to the downbeat on Thursday evening.

DH: All of that probably requires careful preparation from the conductor.

JG: I bring my own set of performing materials because that saves a lot of time in rehearsal. About four years ago I did a series of Messiah performances with the Philadelphia Orchestra, and the next set of concerts were going to be the following Easter in Chicago. The Philadelphia librarian bundled them up and sent them off, but they never arrived, and they’ve never turned up to this day. It was not just a question of buying another set of parts — every page of every part had been marked by my own fair hand, and hours of work that had gone into them. Fortunately, my orchestra in Chicago had made Xeroxes of the string parts so at least I had my bowings. I bought another set of parts and we started again.

DH: Have your previous performances involved a wide range of performing forces?

JG: In the 99 performances thus far, I’ve done little ones and big ones. I’ve done Messiah with big symphony orchestras like New York and Philadelphia — and will do so in San Francisco, where I’m going on to perform it after Cleveland. The biggest one I think I ever did was in Sydney with a choir of 450! They had a smaller choir for the faster choruses, but it was amazing to hear them all in the big stuff — just fabulous. They were very well trained. And I’ve done it with period orchestras and choirs of 28 or even 24.

Whatever you do with this remarkable piece, it comes up fresh as paint. I love every bar of it. I never think, ‘O God, it’s Messiah again — we all know how this goes.’ I look forward to doing it in Cleveland with what I keep saying is for me the greatest orchestra on the planet, in that great hall, with a choir that I hear great things about, and with four great soloists. It’s going to be a very special set of performances, and I know that this orchestra — because of my previous, happy experiences with them — can play 18th-century music with great period feel. With some symphony orchestras, you have to work quite hard to get what you want. I just know that with Cleveland they’re going to be immediately responsive in a very thrilling way.

Franz Schmidt’s Symphony No. 4 showcased the ensemble, under guest conductor Jonathan Berman, in the standard conventions of a not-so-standard piece. But at the start of the program, the musicians were equal partners to pianist Cédric Tiberghien, whose playing could be as bold as the full orchestra or as intimate as any instrumental solo. END_OF_DOCUMENT_TOKEN_TO_BE_REPLACED

END_OF_DOCUMENT_TOKEN_TO_BE_REPLACED

Jackson began the program with a recitation of Langston Hughes’ poem “Helen Keller” — the first of five poems by Hughes that served as interludes between each piece on the first half. END_OF_DOCUMENT_TOKEN_TO_BE_REPLACED

Pianos with pins and tape on strings, a bass drum and tam tam, crotales, Almglocken, and vibes. Microphones were hooked up all around the instruments. The feed was sent to speakers around the room. Lighting designer Nicholas Houfek hung incandescent globes over the arrangement of instruments from thin black wires stretching across the beams. END_OF_DOCUMENT_TOKEN_TO_BE_REPLACED

From the podium, Elim Chan set an ambitious tone for the evening. The rising star conductor, here in her Cleveland Orchestra debut, has a commanding style, and every twist and turn in Saturday’s performance tracked closely with her baton. END_OF_DOCUMENT_TOKEN_TO_BE_REPLACED