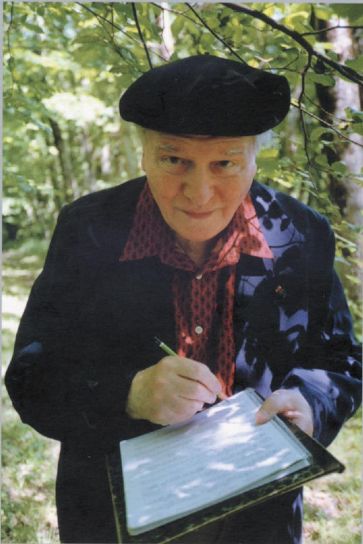 Franz Welser-Möst led the apparently indefatigable musicians of The Cleveland Orchestra in the third of four challenging, all-in-a-row concerts on Friday evening, May 29, major attractions on the agenda for the League of American Orchestras Cleveland meeting. Olivier Messiaen’s dazzling Chronochromie and Antonín Dvořák’s infrequently performed fifth symphony made different but compelling connections to the natural world, while Messiaen’s theologically-infused Hymne opened a portal to the heavenly realms.

Originally titled Hymne au Saint-Sacrement, Messiaen had to reconstruct his early vision of the Eucharist from memory in 1947 after the 1932 score and parts were lost during the Second World War. Launched with an upward swooping gesture, the piece settles in for a meditative passage in the violins surrounded by shimmering colors before ending amid ecstatic trumpet fanfares and swooning horns.

Georges Prêtre and The Cleveland Orchestra introduced Chronochromie (1959-60) to the United States in 1967. Written to explore the interaction of time and color, the work is organized like an ancient Greek ode with two Strophes and Antistrophes, followed by an Epode, and bracketed by an Introduction and a Coda. A complicated mathematical structure is buried deep in its DNA, but perched on its surface is a collection of Swedish, French, Mexican and Japanese birds, all tweeting their distinct, carefully researched songs, sometimes in a rapturous din of sound. (In the Epode, eighteen string players each play a different avian tune).

The Orchestra gave the work a brilliant reading, with special contributions by percussionists Marc Damoulakis and Tom Freer, who played breathtaking mallet duets with verve and precision. Chronochromie ended in what can only be described as glorious noise, the kind that only Messiaen can conjure.

It took until 1970 for The Cleveland Orchestra to play its first performance of Dvořák’s fifth symphony (under Michael Charry). Though not one of the composer’s most famous works, the 1875 piece is full of charm and character, evoking both the pleasures of a ramble through the forest and, in its Scherzo, the exuberance of Slavonic folk dance.

Welser-Möst led a dynamic performance, relaxed enough to let the fast movements breathe but fired-up when the music demanded it. Principal wind players contributed handsome solos, including oboist Frank Rosenwein, flutist Joshua Smith, hornist Richard King and (assistant principal) clarinetist Daniel McKelway, who also took a turn on bass clarinet in the finale. Unleashing just enough horsepower to surround the rest of the Orchestra with a golden glow, the brass propelled the symphony to a magnificent conclusion.

END_OF_DOCUMENT_TOKEN_TO_BE_REPLACED

A new CD by Christa Rakich, who is currently Visiting Professor of Organ at the Oberlin Conservatory, gives a nod in two directions. As its title announces, it’s an homage to her former teacher and colleague, the late Yuko Hayashi, longtime professor at the New England Conservatory and curator of Boston’s Old West Church Organ Series. It’s also the first recording to be made of Richards, Fowkes & Co.’s Opus 16 instrument, built in 2008 for Goodson Chapel of the Duke Divinity School in Durham, North Carolina. END_OF_DOCUMENT_TOKEN_TO_BE_REPLACED

END_OF_DOCUMENT_TOKEN_TO_BE_REPLACED

Hailed by the New York Times as “The Best Classical Music Ensemble of 2018,” Wet Ink Ensemble has lived up to this acclaim once again with their recent release Glossolalia/Lines on Black. The album takes its name from the two extended works by Wet Ink members Alex Mincek (saxophone) and Sam Pluta (electronics). The remainder of the septet includes Eric Wubbels (piano), Erin Lesser (flutes), Ian Antonio (percussion), Josh Modney (violin), and Kate Soper (voice). END_OF_DOCUMENT_TOKEN_TO_BE_REPLACED

Croatian-born pianist Martina Filjak, now living in Berlin, has released her latest album, Light and Darkness, featuring music by Franz Liszt — plus an epilogue by Arvo Pärt. The disc confirms once again all the special technical and interpretive qualities that won her the gold medal at the Cleveland International Piano Competition in 2009. END_OF_DOCUMENT_TOKEN_TO_BE_REPLACED