Proving that concerts don’t need to be two hours long to be completely satisfying, Finnish conductor Susanna Mälkki, French pianist Bertrand Chamayou, and The Cleveland Orchestra delighted a large crowd at the second Summers@Severance concert on Friday, July 28 with one concerto and one symphony.

The concerto was Alexander Scriabin’s only piano concerto, an early work from 1896 that both demonstrates the 24-year-old composer’s fascination with Chopin and anticipates his later, more highly-developed harmonic and tonal palette. It also offers strong proof that Scriabin and Rachmaninoff were branches off a common Russian tree in their predilection for long, soaring themes and stirring musical rhetoric.

How odd, then, that it’s taken 99 years for The Cleveland Orchestra to program the Scriabin work. Its time having finally arrived, Mälkki, Chamayou, and the Orchestra made its debut at Severance Hall an impressive event.

The piece sneaks up on you, beginning with melodic fragments in solo horn and winds, then an exploratory meandering by the piano. The texture heats up gradually with the soloist playing decorative filigree — Chopin-style — around orchestral themes.

The second movement is breathtakingly gorgeous, with a long, lyrical clarinet solo that sets up its theme-and-variations format. More filigree from the piano develops into stronger chordal passages. In the finale, Scriabin gives the soloist more vigorously rhythmic material, then brings in the patiently-waiting trombone section to crown climaxes. 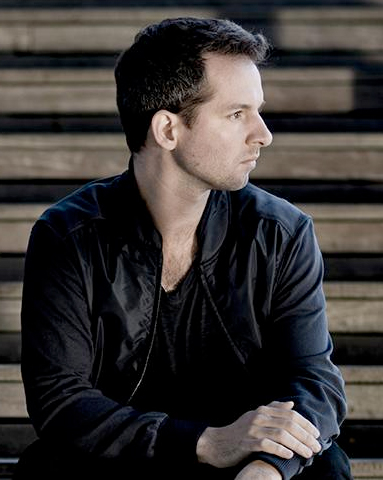 Mälkki led an expansive performance of the concerto and Chamayou was in fine control of both its florid and rhetorical material, playing with efficiency and expressiveness.

Schumann’s ode to the Rhine River, his Symphony No. 3, flowed grandly but effortlessly from Mälkki and The Cleveland Orchestra, masterfully paced and with the fine sense of ensemble balance even in its more fully-scored moments that proves Schumann actually knew what he was doing as an orchestrator.

Mälkki resembles a fencer in her graceful but surgical gestures on the podium. In both works on Friday’s program, she drew especially elegant playing from an ensemble famous for its precision and transparency.

Judging from the large crowd that assembled for food and drink on the front terraces of Severance Hall before the performance and from the enthusiasm of an audience that included many new faces, Summers@Severance is proving to be a winning concept for The Cleveland Orchestra. One concert remains: Mozart’s Requiem with Patrick Quigley and the Blossom Festival Chorus on August 18.