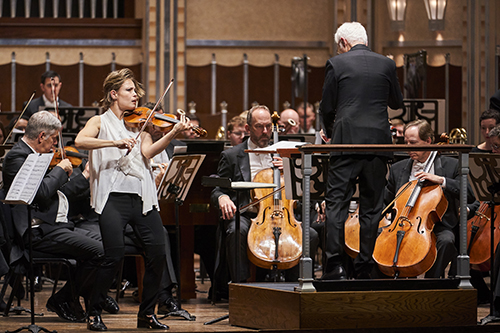 Violinist Leila Josefowicz had already performed John Adams’ Scheherazade.2 more than 50 times before she and the composer brought the piece to The Cleveland Orchestra for Severance Hall performances last weekend. More than merely having the nearly hour-long concerto under her fingers, Josefowicz has it under her skin, and the work was the highlight of the evening on Friday, November 30.

Conceived as an update to Rimsky-Korsakov’s tale of the woman in The Arabian Nights who holds on to her life from night to night by telling cliffhanger stories to her brutal husband (hence the title, which resembles a software version), Adams’ piece refashions the story for the 21st century. In the composer’s words, its four movements create the images of “a beautiful young woman with grit and personal power,” a love scene “both violent and tender,” her trial by religious zealots (“the Men with Beards”), and her final “escape, flight, and sanctuary.”

The score is a continuously unfurling tapestry of color and imagery, enhanced by the exotic tones of a cimbalom (played with vigor and character by guest artist Chester Englander, for whom Adams also wrote an important part in his The Gospel According to the Other Mary.)

Josefowicz had the challenge of bringing a modern Scheherazade to life, something she accomplished brilliantly with a potent mixture of strength and beauty. Soloist, conductor, and Orchestra delivered a gripping performance that held one’s attention for every one of its 50 minutes. 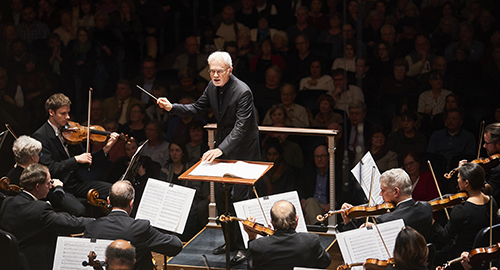 Scheherazade.2 ended the concert. It began with Adams’ popular and much-performed Short Ride in a Fast Machine, which can be effectively played by youth orchestras, but was especially infused with adrenaline by The Cleveland Orchestra. Its “nearly sadistic” wood block strokes and repetitive brass rhythms were tirelessly hammered out by the players, and the passengers on this wild ride were probably game for another go at the thrilling, 5-minute journey.

Two much-loved works by Aaron Copland, which looked like perfect companions to the Adams pieces on paper, made less of an impression. Both Quiet City and the full orchestral version of the Suite from Appalachian Spring suffered from prosaic interpretations.

Trumpeter Michael Sachs and English hornist Robert Walters were flawless soloists in Quiet City, but the city streets that the piece seeks to evoke seemed more nervous than deserted on Friday. Tempos were hurried and dynamics explored only a narrow range of possibilities. 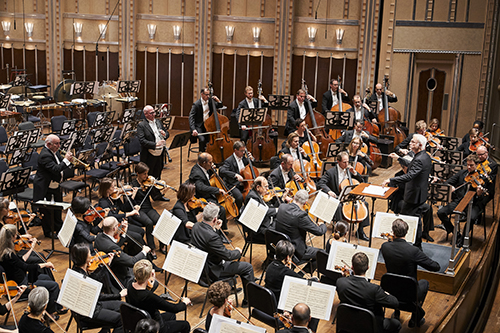 The performance of the Appalachian Spring suite might as well have been a sight reading for the conductor. Adams had his head in the score for the duration, entrances were sometimes imprecise, and Copland’s affecting melodies needed more lyrical sweep. The full orchestra version already jettisons some of the allure that characterizes the 13-instrument original, but charm was not in the cards on Friday.