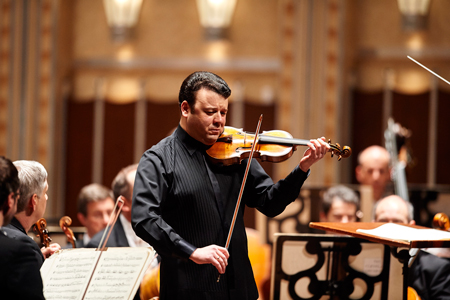 There’s something about a Stradivarius violin that inspires a particularly intimate relationship with the hands that hold it. Vadim Gluzman talked about playing the 1690 instrument once owned by Leopold Auer in an interview: Words cannot describe how wonderful this instrument is. It makes me run 15 times faster, dive 15 times deeper. When I first picked up this violin and notes emanated from my bow, I understood that my life had changed.

That fiddle, on which Auer was scheduled to play the premiere of the Tchaikovsky Concerto but didn’t, is on permanent loan to Gluzman from The Stradivari Society. He demonstrated its powerful upper register and its robust lower tones on Friday, May 3 at Severance Hall in a performance with The Cleveland Orchestra under Michail Jurowski that combined edge-of-the-seat daring with ravishing beauty.

Although soloist and orchestra were not always perfectly in sync during fast passages, Gluzman’s performance penetrated the core of Tchaikovsky’s heart-rending music, and obviously moved the large audience — who insisted on applauding between movements. Who could blame them? (And there’s some historical performance practice to back them up on that count.) After several callbacks, Gluzman serenaded the crowd with a perfectly-controlled Bach Sarabande. 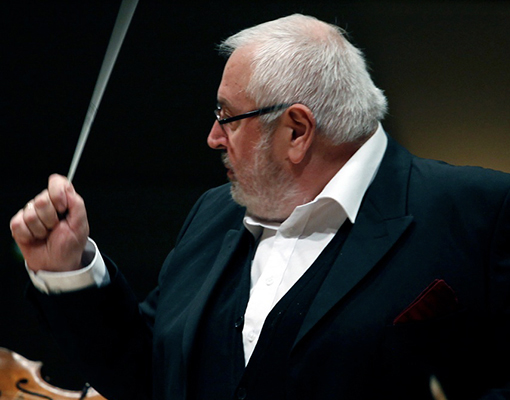 Friday’s concert abounded in broad, Tchaikovskian melodies in the first half, but Shostakovich’s Symphony No. 11  (“The Year 1905”) matched it with a cavalcade of songs associated with Russia’s earlier, failed revolution. These tunes originated as prisoners’ songs, workers’ funeral songs, revolutionary songs, and in two cases, borrowings from the composer’s own revolutionary choruses. One tune, the Workers’ Funeral March, gave the Orchestra’s splendid viola section an opportunity to shine.

The Symphony alternates bleak, static music — sometimes played by strings in four octaves — with fearsome depictions of confrontations between peasants and Czarist guards highlighted by persistent rhythmic figures from the percussion. Relief comes at one point in the form of a lengthy English horn solo, poignantly played by Robert Walters, but the Symphony ends in conflict with deafening strokes on big bells.

Jurowski, making his long-delayed American debut, led the Symphony with the authority of a musician who knew Shostakovich personally — which he did — and inherently understands the composer’s frequently unfathomable complexities.

Gluzman photo by Roger Mastroianni from an earlier performance.