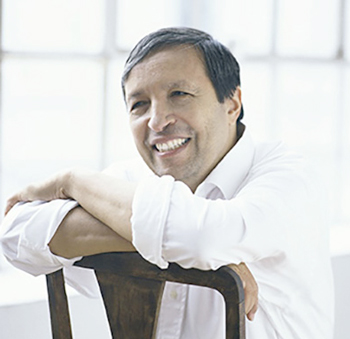 Last Saturday evening, May 27, Franz Welser-Möst and The Cleveland Orchestra presented an excellent and amazingly varied program at Severance Hall. Though combining Beethoven, Schoenberg, and Varèse might seem incongruous, the result made for a lively and fascinating evening.

Using the piano soloist to start the Concerto was an innovative stroke, but even more interesting was the wide-ranging tonal language. Even before establishing the second theme, Beethoven employs an enchanting new melody, introduced by the piano and answered by the oboe, to modulate all the way to F sharp minor.

The 20-minute movement, longer than any others composed previously by Mozart or Beethoven, never flags, and Perahia’s sensitive playing sparked equal beauty in the orchestra. His long cadenza was gorgeous.

The second movement is relatively short, but alternation between unison and chordal passages lends it a portentous mood. A short cadenza leads without pause to the lively third-movement Rondo, which races vivaciously through complex phrasings and modulations. The performance was crisp and delightful.

The composition follows the same five-part structure as Richard Dehmel’s poem of the same name, responding to the text with great passion and power. The poem speaks of a man and a woman walking through moonlit woods. The despairing woman explains that she carries another man’s child. Moved by the night’s beauty, the man says the child will produce an even greater love between the two.

The woman’s music references Wagner’s harmony in Tristan and Isolde and climaxes with a powerful unison crescendo, ultimately dissolving to the violins alone. The man’s music is more tonal — almost impressionistic — as it depicts his acceptance of the situation. The performance of the 30-minute piece was exceptionally moving.

Edgard Varèse’s Amériques made for another contrast. The composer destroyed his early pieces prior to coming to America, and this gargantuan work represented a new beginning. The Cleveland Orchestra filled the entire stage — wind machine, boat whistle, lion’s roar, and sirens augmented the percussion.

Amériques has so much going on that it verges on the chaotic. It was hard to hear Varèse’s individual textural blocks emerge from the totality, but the piece’s sheer size and the Orchestra’s fine performance made for a lively conclusion.

Jackson began the program with a recitation of Langston Hughes’ poem “Helen Keller” — the first of five poems by Hughes that served as interludes between each piece on the first half. END_OF_DOCUMENT_TOKEN_TO_BE_REPLACED

Pianos with pins and tape on strings, a bass drum and tam tam, crotales, Almglocken, and vibes. Microphones were hooked up all around the instruments. The feed was sent to speakers around the room. Lighting designer Nicholas Houfek hung incandescent globes over the arrangement of instruments from thin black wires stretching across the beams. END_OF_DOCUMENT_TOKEN_TO_BE_REPLACED

From the podium, Elim Chan set an ambitious tone for the evening. The rising star conductor, here in her Cleveland Orchestra debut, has a commanding style, and every twist and turn in Saturday’s performance tracked closely with her baton. END_OF_DOCUMENT_TOKEN_TO_BE_REPLACED