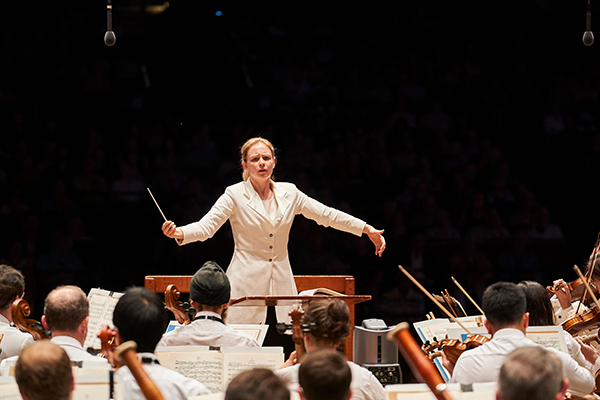 Replacing Bramwell Tovey, New Zealand-born guest conductor Gemma New led a brilliant side-by-side performance of Elgar’s Enigma Variations by The Cleveland Orchestra and Blossom Festival Chamber Orchestra to close out the evening’s double header at Blossom on Saturday, July 27. Before that, French cellist Gautier Capuçon was mesmerizing in Saint-Saëns’ First Concerto, New brought drama and sweep to Sibelius’ Finlandia, and for a prelude, Vinay Parameswaran led the Chamber Orchestra in a charming mix of Mendelssohn and Ravel. Sounds like a lot for one evening, but it all ended shortly after 9:30 pm.

A quintessential Victorian/Edwardian artifact, Elgar’s Variations on an Original Theme debuted in its final form at Worcester Cathedral during the Three Choirs Festival in 1899. Its musical portraits of Elgar’s friends was originally to have included Arthur Seymour Sullivan and C. Hubert H. Parry, but Elgar couldn’t find a way to bring them into the gallery without quoting their music.

Gemma New stripped away layers of convention, revealing colorful details in Elgar’s idiosyncratic orchestration. She paced the variations skillfully, taking room to breathe where that was needed, and hastening things along when that made sense. In slow passages like “Nimrod,” she kept glacial tempos moving with a mysterious undercurrent as elusive as the Enigma itself. The final variation, crowned by Joela Jones’ rumbling organ entrance, was worthy of any Last Night at the Proms. 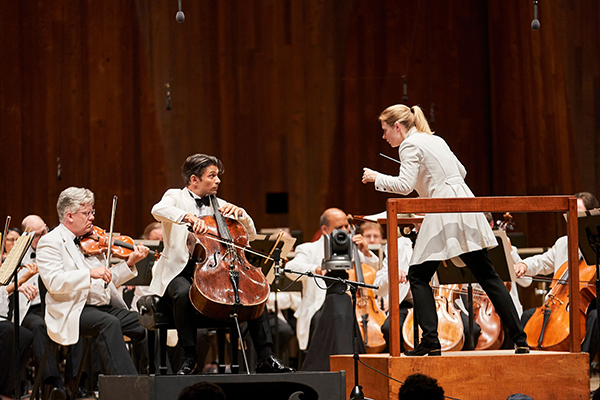 Gautier Capuçon’s tawny cello timbre adorned Saint-Saëns’ First Concerto, not rising above or thrusting through the orchestral texture as much as adding a special individual color inside it. He made a lovely moment out of the muted-strings minuet, and emerged in a commanding cadenza before bringing the piece home in a spirited finale.

Brought back several times for bows, Capuçon revealed a little pact he’d made with four members of the cello section. They joined him for an affecting encore, Fauré’s Après un rêve, a piece he played in front of the fire-ravaged Notre-Dame Cathedral in Paris. It made a wonderful effect even in the vast space of the Blossom Pavilion. 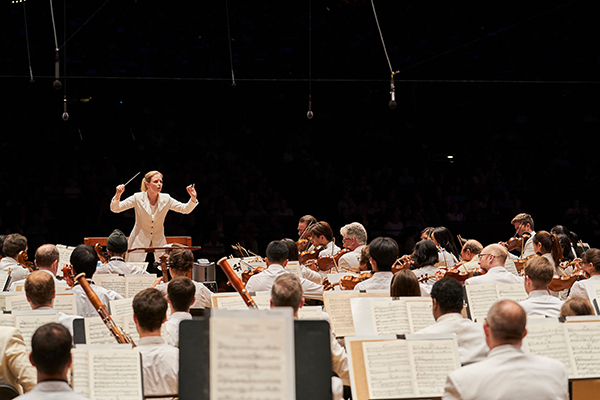 Sibelius’ Finlandia replaced the originally-scheduled Britten Four Sea Interludes from Peter Grimes. The well-worn piece gained extra drama and a lumen or two of luster in the hands of New and the Orchestra, and showed off the wonderful blend of the wind section as well as the handsome sheen of the brass.

Vinay Parameswaren and the Kent Blossom Chamber Orchestra conjured up a stormy account of Mendelssohn’s Hebrides Overture at the very top of the evening, followed by a leisurely excursion through Ravel’s Mother Goose Suite that featured beautiful wind solos (including that beastly contrabassoon). The repertory was perfect for the young players, who only meld themselves into a chamber orchestra (with a few added guests) during the last week of their five-week sojourn at Kent State University. 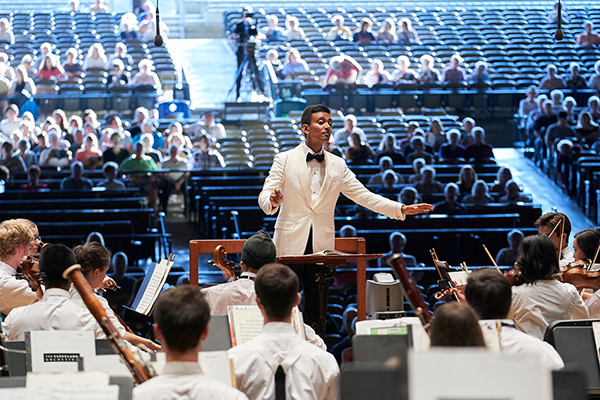