A refreshing reminder of both the unique powers and deeper kinships of music and poetry, the performance of Collage on October 14 filled the Auditorium of Pilgrim Church with sounds both tranquil and mighty. In an era when rhyming rhythmic recitation over instrumental sound hardly constitutes a new idea — hip-hop, after all, is the ascendant popular genre of the present century — Okantah and the Cavani have engineered something unique, brilliant, and vital.

The Cavani (violinists Annie Fulliard and Catherine Cosbey, violist Eric Wong, and cellist Kyle Price) and Okantah took Collage online for its most recent iteration, performing the one-hour program live but without an audience from the Bop Stop on Thursday, January 21 in conjunction with Martin Luther King Day.

The poet and musicians have honed this program to a fine edge over the years. As they demonstrated in the opening pairing of the slow movement of Dvorak’s “American Quartet” with Okantah’s Collage, in which the poet travels to the South in search of history and “ancestral blood voices,” words were not merely superimposed on the music, but carefully cued and timed.

This was even more impressive later in the program, when former Clevelander Langston Hughes’ A Dream Deferred — the first poetry Okantah said really spoke to him — was paired with three movements from Bartók’s Fourth Quartet, dating from 1928, and a fourth from the “American” Quartet.

Jessie Montgomery’s Strum added an extra dimension to Okantah’s poem Unforgivable Blackness, dedicated to the heavyweight champion boxer Jack Johnson (1878-1946), which “tells the story from the perspective of a Black man living in a sometimes hostile society,” as well as to Dana Oldsbottom’s poem, Indifference. 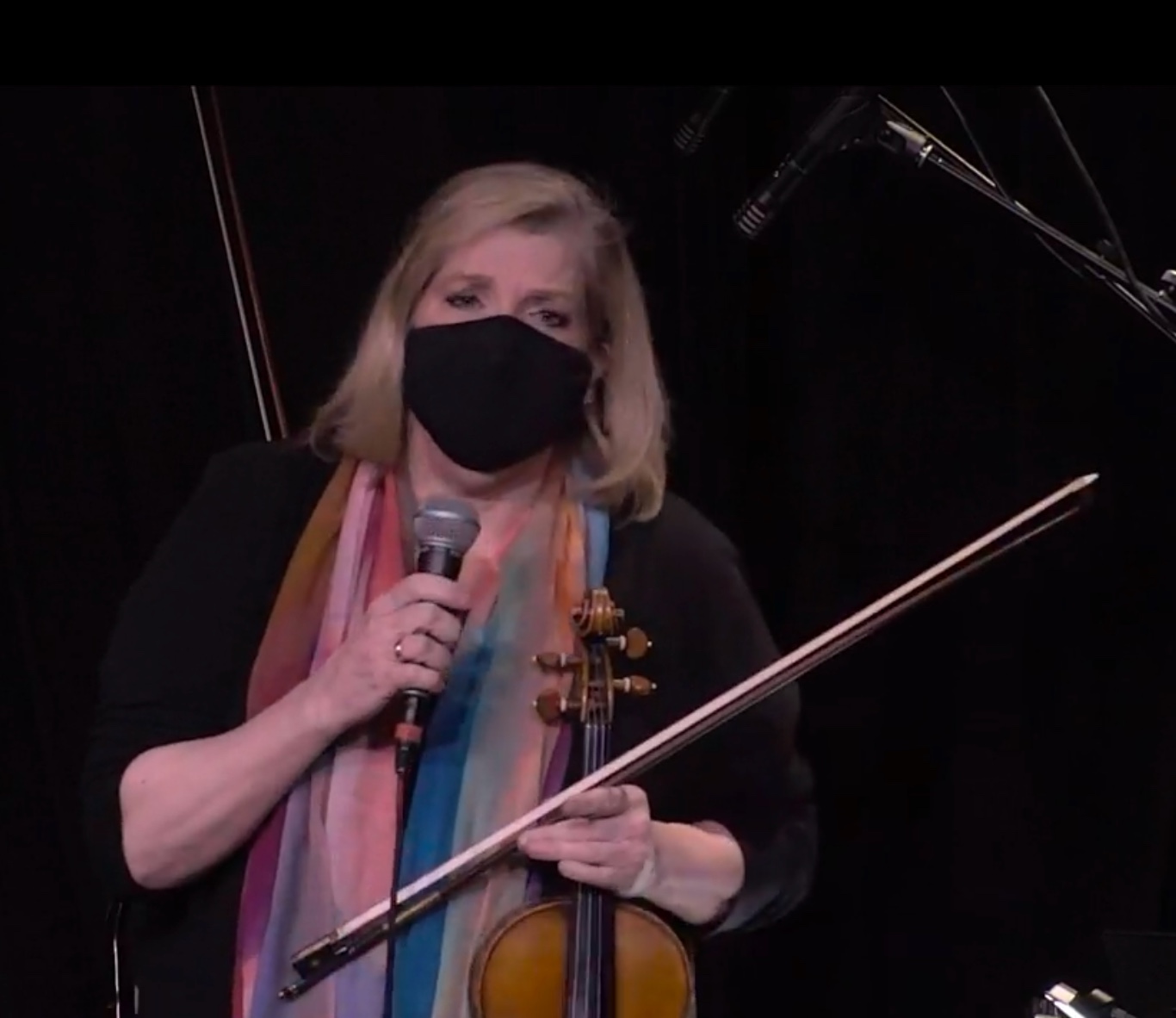 Okantah said that former Music Settlement director Eric Gould’s homage to John Coltrane, He Speaks in Shadows, hints at rather than imitates the great saxophonist’s style, suggesting what can happen when you begin building musical bridges. The richly bluesy piece served as a dramatic illumination of Okantah’s post-Vietnam verse, Homeboy in which he remembers his childhood friend Elmer Cook, who listened to the “new music” of Coltrane instead of Motown and came back from serving in Southeast Asia fundamentally changed.

Merry Peckham, who played cello with the Cavani for 30 years, contributed Breakfast at the Ibis to the playlist at Okantah’s request, who wanted something “Twilight-Zoneish” to go with his poem, named after a hotel where he stayed in London. Here, the poet joined the strings on percussion, taking up a tama, the “talking drum” of Senegal and Gambia.

Okantah’s Midnight Child recalls the period in his life when he was thinking about dropping out of college and an old Black woman invited him onto her porch, where he proceeded to “get me told.” Fullard’s college friend Charles Washington contributed an arrangement of Sometimes I Feel Like a Motherless Child, whose 12-bar blues format gave the Cavani the opportunity for some expressive solos. 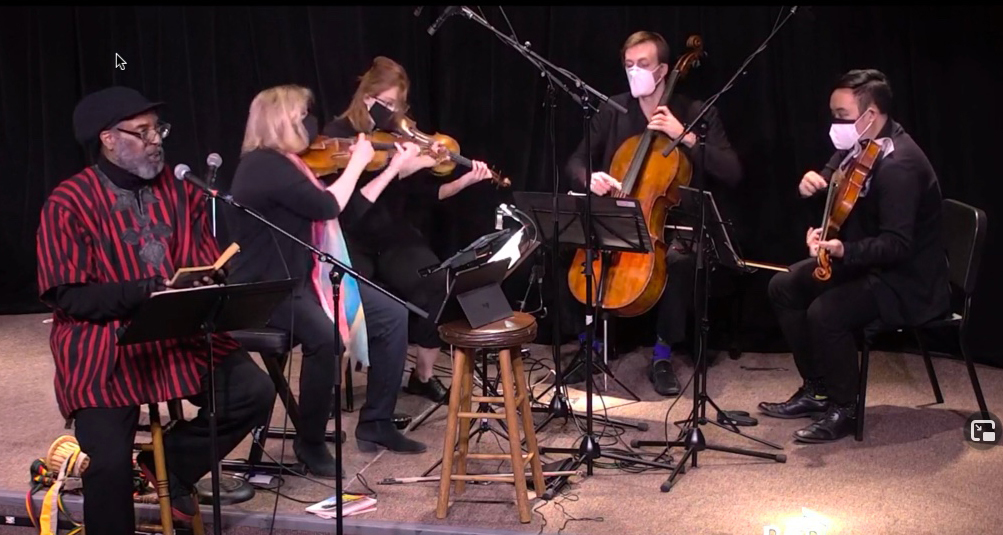 The evening ended with Dr. King’s favorite gospel song, Thomas A. Dorsey’s Precious Lord, which the Cavani turned into a set of variations accompanying references to the civil rights leader. Okantah said this was part of his search for the “real” MLK, an attempt to “take him down off the steps of the Lincoln Memorial and unfreeze him.”

At the end, Annie Fullard gave a well-earned shoutout to Bop Stop manager and jack-of-all-trades Gabe Pollack, referring to him as “the Wizard of Oz.” Happily, that man behind the curtain made a recording of this memorable hour at the Hingetown jazz club, which can be viewed here on demand.

In addition to Holloway, the quartet members are Simin Ganatra and Austin Hartman, violins, and Brandon Vamos, cello. The audience was intentionally limited to 300, with strict social distancing and required face masks. There was a muted but celebratory atmosphere in the hall as friends greeted each other. It was the first in-person concert I have attended in fourteen months, and despite the safety oddities required, it affirmed that there is nothing like live music. END_OF_DOCUMENT_TOKEN_TO_BE_REPLACED

In the tenth episode of In Focus, which debuted on May 6, The Cleveland Orchestra has revived that tradition on a small scale, programming an arrangement for oboe and piano of a Ravel solo piano piece and following it by a set of variations for string orchestra — a lovely combination of varied works that makes a satisfying, one-hour program. END_OF_DOCUMENT_TOKEN_TO_BE_REPLACED