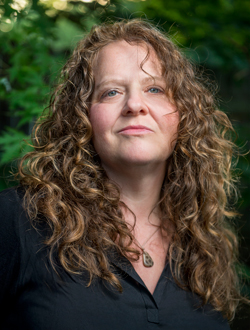 “How could I possibly enter into our twentieth season without him being a major part of this concert?” Contemporary Youth Orchestra Music Director Liza Grossman exclaimed over the phone. The man Grossman is referring to is Pulitzer Prize-winning composer Bernard Rands. On Sunday, December 7 at 7:00 pm in Waetjen Auditorium at Cleveland State University, CYO will present a concert honoring the composer.

The program will include Rands’s London Serenade and Danza Petrificada as well as the world premiere of his Music for Liza and the Contemporary Youth Orchestra: Theme for CYO. The evening also includes the world premiere of Stefan Podell’s Concerto for Two Violas and Orchestra featuring violists Lynne Ramsey and Jeffrey Irvine, and Richard Hill and Chris Barber’s Concerto for Jazz Trombone and Orchestra with CYO concerto competition winner Rachel Waterbury as soloist.

CYO is the only youth orchestra in the United States dedicated to the study and performance of contemporary orchestral literature. Since its founding, the orchestra has been the recipient of the ASCAP Award for Adventurous Programming, the Northern Ohio Live Award of Achievement and the Sunshine Award from Young Audiences for excellence in arts education.

As of 2014, they have performed over 200 world premieres, all with the composers present. The annual “Music & Its Industry” concert provides the young musicians the opportunity to have professional music industry experiences. The very popular “Rock the Orchestra” concert features a different performer or band every year — most recently Ben Folds.

“It’s grown from the days when I would sit in the basement of Educator’s Music going through stacks of music looking for anything that was contemporary,” Grossman said. “More importantly, I want audiences to know the history of the orchestra and that Bernard Rands provided the inspiration for me to take the leap of faith and create CYO.”

The CYO story began in 1992 when Grossman was finishing her undergraduate degree at Cleveland State University and conducting a small chamber youth orchestra that she had started. Her first meeting with Bernard Rands came during a Cleveland Chamber Symphony Sound Encounters Festival – a three or four day festival that introduced audiences to contemporary music and celebrated living composers. 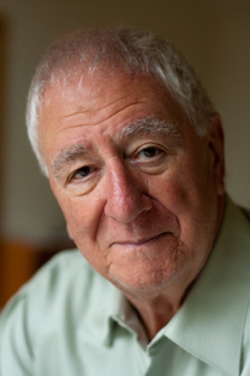 “The late Ed London, CSU faculty member and founder of CCS, and Bernard were long-time friends and the two of them wanted to do a workshop on how children could access contemporary music as part of the festival,” Grossman recalled. “I was at CSU, and I had the orchestra so I was invited to participate. I was given a score to a piece called Agenda for Young Players by Bernard Rands. I was a little thrown when I opened the score because it was filled with graphs and lines that I now know were used for phrasing references, but at the time I didn’t understand what they were. I had never seen notation like it before. I remember looking at the score and thinking that maybe I was supposed to create sounds based on the way that his arch looked on the page, but I wasn’t sure if my inexperienced eye was correct.”

The day Rands arrived at CSU, Grossman remembers how eager he was to hear the orchestra. “I had to tell him that I really didn’t understand a lot that was in the score. But he sat with me during the break and explained the markings to me. It turned out that my interpretation was pretty close to what he wanted, so I was pleased. We talked and I asked questions, he was clam and made things very clear. After the break, he asked me to work with the orchestra – he stood next to me and said to try this and that. He really walked me through the piece, and I understood everything he was asking me to do.”

Rands must have been impressed with Grossman’s ability – during the concert he asked her to conduct a portion of the work while he spoke to the audience. Later at the reception he asked Grossman to join him at a table. “I sat down and he looked me square in the eye and told me, ‘You have an ability to hear and teach this music, and I think you should start an orchestra that only does contemporary music. I feel really strongly about this.’”

Grossman says that while she heard Rands clearly, it took two years of thinking before she actually decided to act. “I resigned from my job in 1994 with $400 to my name. A couple of families whose children were studying with me gave me some startup money. So I called all of the students who were in that chamber orchestra and begged them to be a part of this new orchestra. I got 35 kids to join and on September 9, 1995 we started at CSU and we’ve been there ever since. I recently found all of the handwritten notes and faxes between myself and Bernard. I was so excited to find that because it’s all about the very beginning of CYO.”

This is the first of three articles leading up to CYO’s December 7 concert.

END_OF_DOCUMENT_TOKEN_TO_BE_REPLACED

Supported by engagingly, yet simple staging by Cara Consilvio, a well-prepared cast of singers told the archetypal story of Cinderella with charm and flair. Framing the production was  a sparse but colorful set and wonderful lighting by Dave Brooks. END_OF_DOCUMENT_TOKEN_TO_BE_REPLACED