In a preview of a past performance by the ensemble, Acres noted, “There’s so much repertoire for high voices from about 950 to the present to explore.” He pointed out that Contrapunctus is a bit different from treble choirs made up of sopranos and altos. “We’ll create a full-bodied sound and show how music written for these voices evolved over a thousand years. We have two incredibly low altos and two countertenors who can sing low and still sound like French haute-contres.” 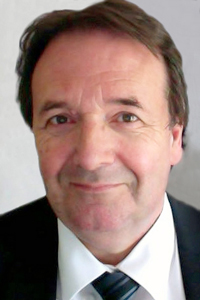 David Acres began his singing career in England as a boy chorister at Exeter Cathedral. He was singing there as a lay-clerk when Cleveland’s Trinity Cathedral Chamber Singers crossed the Pond to sing a week’s residency at Wells Cathedral in 2012. “They were down one countertenor and a friend in the Trinity group recommended me,” he said. Acres and the Cleveland singers got on splendidly together. “Within 24 hours we were like long-lost chums!”

Acres moved to Cleveland, singing at Trinity Cathedral and with Quire Cleveland while setting up Contrapunctus. That ensemble made its debut in March of 2014 as a mixed-voice choir in “The Life and Times of Mary, Queen of Scots.” Other themed programs followed, including “The Remarkable Mr. Henry Purcell,” and “The Glories of Spanish Polyphony from the 13th to 17th Centuries.”

Alongside the mixed-voice programs, Acres also began giving concerts in Cleveland devoted to high-voice repertoire before he relocated to Charleston. That body of choral literature obviously has a special appeal for a countertenor turned conductor, and Acres is thrilled to return to it. “The concert on March 2nd will include music from many centuries of high voices, and we have an excellent ensemble assembled,” he said.

The program reaches back into the Medieval period with chant and Hildegard of Bingen’s 12th-century O tua suavissima. Renaissance works include motets by Dufay and Josquin and Palestrina’s 8-voice Magnificat. After stops in the 18th century for Tartini’s Stabat Mater, the itinerary includes settings of Ave Maria by Mozart, Brahms, Fauré, and Holst. Then moving into more recent times, Contrapunctus will sing Alan Smith’s There is no rose, Ola Gjeilo’s Ave Generosa, and the premiere of Graham Keitch’s Tua suavissima — set to the same text as the Hildegard motet that came earlier in the program.

Contrapunctus’ concert is part of St. John’s Cathedral’s Helen D. Schubert Concert Series. A freewill offering will be received during the evening.