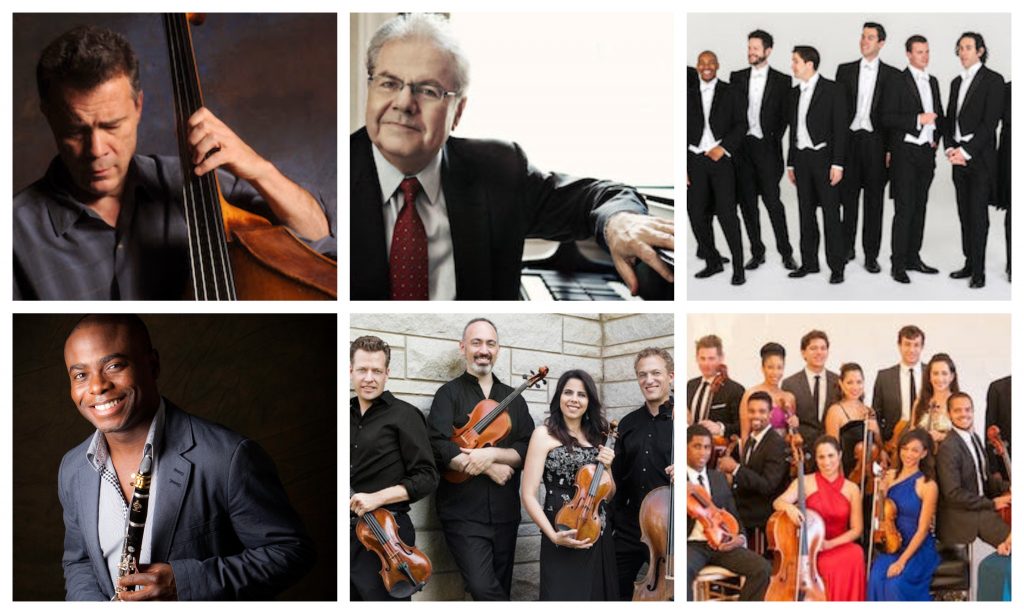 A NEW SEASON FROM TUESDAY MUSICAL:

Tuesday Musical has announced its 2021 Akron Concert Series, set to begin in March at E.J. Thomas Hall after being shifted over from last fall. It includes performances by bassist Edgar Meyer, pianist Emanuel Ax, vocal ensemble Chanticleer, clarinetist Anthony McGill with the Pacifica Quartet, and the Sphinx Virtuosi chamber orchestra.

The five-concert season comes with what the organization promises to be stringent safety protocols, as well as flexible attendance options and concert cancellation protection. Subscriptions are now available, but because of limited seating due to social distancing, single-concert tickets will only be sold closer to the concert dates, pending availability.

“We’ve grappled with how, when, and even if we could again share the joys of live music during these challenging times,” executive director Cynthia Snider said in a press release. “Now we’re moving forward — carefully and creatively — so that music lovers can enjoy safe and expertly curated concert experiences.” More details here.

The Cleveland Orchestra and Cleveland Clinic sent out the last dose in their Music Medicine series this morning. Click here to watch violist Lynne Ramsey and violinists Jessica Lee and Stephen Rose play the Larghetto from Dvořák’s C-major Terzetto — not a vaccine, but still something healing. That also makes two-in-a-row for Dvořák: the previous entry in the series, which came during our holiday hibernation, featured the Serenade for Strings led by Vinay Parameswaran — watch that one here. 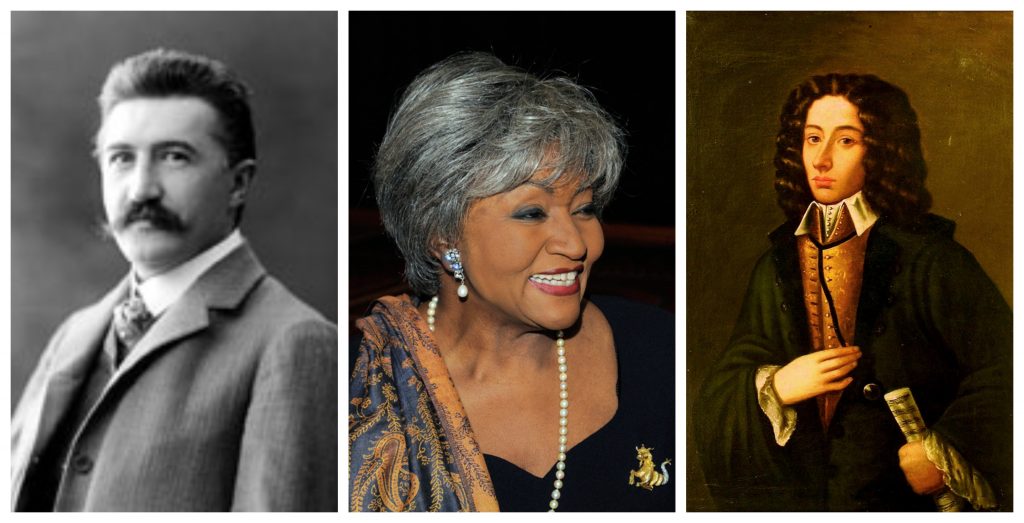 Now we move from Dvořák to the man who was both a favorite pupil and his son-in-law: Josef Suk, the Bohemian composer and violinist who was born on this date in 1874 (not to be confused with the succession of other men in his family with that same name, including his famous violinist grandson).

Suk’s music has cropped up here and there in Cleveland over the years, including at the debut concert from the Earth and Air String Orchestra in 2015, which featured the Op. 6 Serenade side by side with Dvořák’s Serenade for Strings — an interesting combination, as director David Ellis told ClevelandClassical.com’s Mike Telin in an interview:

In some ways, Suk carbon-copied from Dvořák, and if you put the two scores side by side there are places where they’re very much alike. But at the same time, there are places in the Suk where you expect Billie Holiday to show up. There are early — or what would later become — jazz chords, so there are a lot of early twentieth century influences coming through.

Listen for yourself: Suk here from the New York Classical Players, and Dvořák up above in The Cleveland Orchestra’s Music Medicine video.

Skipping in time and place to January 4, 1937 in St. Louis, Missouri, we come to the birth of opera singer Grace Bumbry, who hit stardom when she sang the role of Venus in a production of Wagner’s Tannhäuser at the Bayreuth Festival Theatre, becoming the first African-American vocalist to appear there — and receiving 42 curtain calls, lasting half an hour.

In addition to her many honors, her trailblazing career, and her embrace of the term “diva,” she’s also known for transitioning from mezzo-soprano to soprano. Hear and appreciate her both ways: first in the “Habanera” from Carmen in a 1967 opera film directed by Herbert von Karajan, and then in “Vissi d’arte” from Tosca in 1992 in front of an unidentified orchestra led by Daniel Nazareth.

And finally, jumping backwards to 18th-century Italy, composer Giovanni Battista Pergolesi was born on this day in 1710. He’s best known for the work he wrote in the final weeks of his short life: the Stabat Mater. The British period-instrument Orchestra of the Age of Enlightenment brought it to Oberlin’s Finney Chapel in 2019, and countertenor Iestyn Davies shared his thoughts about it with Mike Telin in a preview:

The penultimate movement, ‘Quando corpus morietur’ — when my body dies and gets delivered to paradise — is so evocative of somebody lying on their deathbed…It’s the dying moments of a composer and yet it’s his most celebrated work. Pergolesi was only in his late 20s when he died, so it’s tragic that he never saw the success of the piece.

Listen here to a recording of that last movement by Claudio Abbado and the London Symphony, then go have a good, cathartic cry.

Northeast Ohio’s Les Délices has long been that rarest of beasts: a world-class organization so proud of its region (ours) and repertoire (distinct niches in pre-1800 music) that it never tries to be everything to everyone, paradoxically making a strong case for a broad, curious international following. In the December episode of its SalonEra series, the ensemble embraces its strengths and community to marvelous effect. END_OF_DOCUMENT_TOKEN_TO_BE_REPLACED

END_OF_DOCUMENT_TOKEN_TO_BE_REPLACED

Another I remember fondly is Gian Carlo Menotti’s Amahl and the Night Visitors.  Commissioned by NBC, the one act, made-for-television opera, premiered on December 24, 1951, at the network’s studios in New York’s Rockefeller Center. And now, through the wonders of technology, Cleveland Opera Theater has created a magical new production of the work which is available on demand through January 6, 2021 (Three Kings Day). END_OF_DOCUMENT_TOKEN_TO_BE_REPLACED

Jessen has now followed up with her second solo CD, Winter Chapel. Recorded on January 17, 2020 in Oberlin College’s Fairchild Chapel and available on Carrier Records, the album is a continuum in Jessen’s journey to push the musical boundaries of her instrument and herself as an improviser. END_OF_DOCUMENT_TOKEN_TO_BE_REPLACED