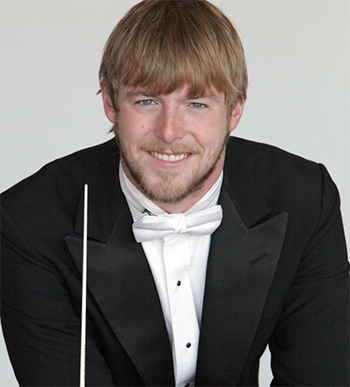 The Canton Symphony goes online on Wednesdays at 6:00 pm for an interlocking series of educational programs. This week, on July 1, Assistant Conductor Matthew Jenkins Jaroszewicz talks in the second program in a six-part series about how music is constructed. The following Wednesday, July 8, in “Beyond the Music,” Executive Director Michelle Charles, Music Director Gerhardt Zimmerman, and Jaroszewicz discuss what goes into creating an orchestral season. Episodes alternate through August 26. Click here for more information and to register for the individual sessions.

Oberlin voice professor Katherine Jolly joined African American opera singer colleagues Florence Quivar, George Shirley, and Ollie Watts Davis in a recent discussion of “their musical heritage and upbringing, the negro spiritual, and the performance practice of this important music.” Click here to watch The Voice of the Spirit — The Negro Spiritual: An American Genre for All, a one-hour and 18 minute conversation hosted by Los Angeles’ SongFest. The landing page suggests further resources for study and research.

The first live performance in Dallas with an audience present since the shutdown was controversial in several ways. Read about the Orchestra of New Spain’s June 26 concert in a Lutheran Church in this story by Tim Diovanni in the Dallas Morning News.

On this date in 1908, composer Leroy Anderson was born in Cambridge, Massachusetts. Although he studied music at the New England Conservatory and at Harvard (Walter Piston was his composition and orchestration teacher), he preferred to write short, light concert music, for which he had an eager collaborator in Arthur Fiedler, conductor of the Boston Pops.

Anderson recently received an encomium from New York Times critic Anthony Tomassini, in his April article, Not Bach or Beethoven, but Leroy Anderson Is the Composer for Now, noting that during the pandemic, “His charming, deceptively simple music will make you feel better about things.” Give it a try: click here to listen to Cleveland Orchestra Principal Trumpet Michael Sachs playing Bugler’s Holiday with trumpeters from his old high school in Santa Monica, California and his alma mater, UCLA. Travis J. Cross leads the UCLA Wind Ensemble.

And composer Bernard Herrmann was born on June 29, 1911 in New York. Herrmann has become famous for his film scores (he was a favorite of director Alfred Hitchcock), especially once symphony orchestras like Cleveland began hosting screenings with live music. Watch a documentary here, and listen to 48 tracks from a variety of films here.

Off the sound stage, Herrmann wrote concert music as well. Click here to listen to his 1941 Symphony in a performance he conducted himself, and here to hear his Sinfonietta for Strings played by the Berlin Symphony under Isaiah Jackson, former conductor of the Youngstown Symphony.

We begin with the world premiere recording of Okeanos, Bernd Richard Deutsch’s concerto for organ and orchestra, featuring Paul Jacobs as soloist. The title refers not only to the Titan of Greek mythology, but also “to an idea of immense (and sometimes unfathomable) greatness and breadth, which conjures up in my mind the thought of the organ,” as Deutsch writes in his notes. END_OF_DOCUMENT_TOKEN_TO_BE_REPLACED

If you haven’t already warmed up to French Baroque clavecin music, Chicago-based keyboardist Jory Vinikour’s L’Unique: Harpsichord Music of François Couperin should make a strong impression on your musical tastes. The most prominent member of a musical dynasty second only to the German Bachs, François Couperin left a large treasure trove of keyboard works, 234 in all, arranged in 24 suites or Ordres.  END_OF_DOCUMENT_TOKEN_TO_BE_REPLACED

After weeks of watching online streams of archived concerts and ad hoc performances from quarantined musicians’ living rooms and bedrooms, it was thrilling to be able to advertise, preview, and report on two real-time webcasts last Friday and Saturday that embraced high production values and addressed the persistent issue of how to compensate musicians for online services. Saturday afternoon’s joint recital by Colin Davin and Jason Vieaux was sponsored by the Cleveland International Classical Guitar Festival, whose 2020 iteration, scheduled for that weekend at the Cleveland Institute of Music, vanished in the wake of the pandemic. END_OF_DOCUMENT_TOKEN_TO_BE_REPLACED