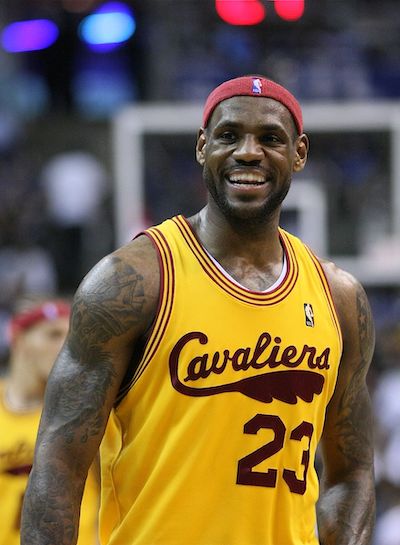 DEBATING THE “GOAT,” AND CONNECTIONS TO CLASSICAL MUSIC:

The morning after Akron native LeBron James won his fourth NBA championship, this one with the Los Angeles Lakers, a cascade of articles have already been written on the topic of whether he might now, just maybe, be the GOAT — the “Greatest Of All Time” among basketball players. James vs. Jordan: it’s an exhausting question that nevertheless generates plenty of opinions, and to be sure, plenty of clicks.

It’s also a question that’s based on the adversarial nature of sports — one person or team versus another. That’s not what classical music is about. To be sure, there is plenty of competition when it comes to forging a career, but most of all, discussions in the field are based on aesthetics.

Rivalries are compelling, and easy for casual fans to become wrapped up in. But even some basketball icons and journalists feel that those debates can dumb down the conversation around a sport, crowding out discussions of intricate tactics and, yes, also aesthetic beauty.

Still, it’s interesting to wonder how and if such debates could fit into classical music. We have big competitions that help launch careers, but what would it look like to have a “showdown” among the top, established names in composition or performance? Grammys are one thing, but let’s think more creatively.

Cleveland Chamber Choir offered one unique possibility with its “March Madrigal Madness” program in 2018, though the stakes would feel higher if the competing composers were still living, able to watch the results unfold. Another option: could a few orchestras pit their recordings of a single piece against each other, and have listeners vote online? (It would have to be friendly — at least on the surface.)

As the coronavirus crisis continues to challenge the music industry, maybe an effort like that to reach out to casual fans isn’t a bad idea — something fun and harmless, with an ounce of drama, yet still with a substantive and even beautiful artistic result.

I’ll highlight two live streams and one re-broadcast on tonight’s local schedule. In the first category, hear the CIM Orchestra at 7, and the Diamond Brass Quintet at 7:30 (presented by Rocky River Chamber Music Society). Then at 8:00, in recognition of Indigenous Peoples’ Day, Early Music America joins Les Délices in replaying the ensemble’s recent “Recovering Roots” program. More info in our Concert Listings.

We covered Vaughan Williams in our Diary on August 26, the anniversary of his passing, though it’s neat to celebrate him again today with his A Sea Symphony, which was also premiered on his 38th birthday. (Here’s a performance from the BBC Proms in 2013.)

As for Weiss, one recent performance of his music in Northeast Ohio came in the 2019 Cleveland International Classical Guitar Festival, when Petra Poláčková opened her recital with the Tombeau Sur La Mort de M. Comte de Logy. You can hear her play it on YouTube in a presentation by Cleveland’s own Guitars International.

There are so many possible recordings with which to remember Pavarotti — himself a GOAT contender among tenors — but how about his memorable final performance: Puccini’s “Nessun Dorma” at the opening ceremony of the 2006 Winter Olympics in Torino, Italy. (One note: it was later revealed to have been pre-recorded, though it’s unclear whether that was due to illness on the part of Pavarotti, or the cold temperature.)

END_OF_DOCUMENT_TOKEN_TO_BE_REPLACED

Although it wasn’t the original plan to go online last weekend for the final round of the James Stroud Classical Guitar Competition, moving to a digital format suited the event well. Young performers Aytahn Benavi, Patricia Hernandez, Ian Tubbs, and Eric Wang played in the intimate setting of their own homes, giving everyone who tuned in a front row seat. END_OF_DOCUMENT_TOKEN_TO_BE_REPLACED

END_OF_DOCUMENT_TOKEN_TO_BE_REPLACED

Joining a long list of arrangers, Parker Ramsay has now transcribed the Variations for the modern pedal harp, an instrument for which he holds a master’s degree from Juilliard, in addition to a degree in history from Cambridge University, plus a master’s in historical performance (organ and harpsichord) and an artist diploma (organ) from Oberlin. END_OF_DOCUMENT_TOKEN_TO_BE_REPLACED