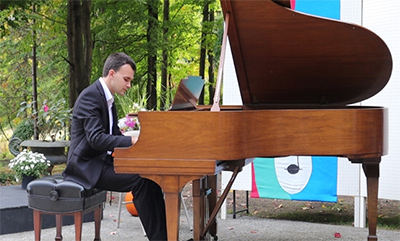 Gramophone’s Orchestra of the Year Festival returns this Friday and Saturday, bringing you online performances from the world-class ensembles nominated for the magazine’s 2021 Orchestra of the Year Award. Each concert begins at  2pm (EST), and will be available to watch for 24 hours on the Gramophone website, Facebook page and YouTube channel.

Akron’s ArtsNow has released a new video that showcases Tuesday Musical’s Annual Scholarship Competition as part of the Akron Cultural Plan. Click here to listen to Oberlin graduate and Akron Symphony clarinetist Amer Hasan talk about how being a Tuesday Musical scholarship recipient has impacted his career in music.

And this morning Kirshbaum Associates announced that the Emerson String Quartet will retire at the end of summer 2023. Truly the end of an era. 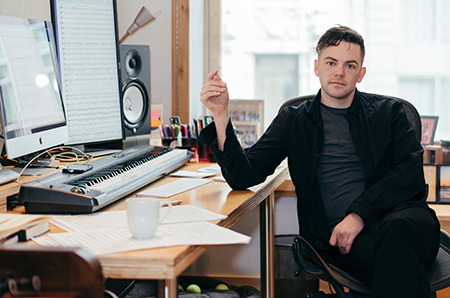 Today we wish Nico Muhly a happy 40th birthday. Born in Randolph, Vermont, the composer, arranger, conductor, and pianist grew up in Providence, Rhode Island where he sang in the choir at Grace Episcopal Church. After studying at the Wheeler School in Providence he went on to enroll in the dual-degree program at Columbia University and the Juilliard School.

While at Juilliard, Muhly worked for composer Philip Glass, first as an archivist, and later as an editor, conductor, and keyboardist.

Muhly’s musical influences are diverse, ranging from the Anglican choral tradition to minimalism. He has written for and collaborated with artists including Sufjan Stevens, Bryce Dessner, James McAlister, Björk, the indie rock band Grizzly Bear, Antony and the Johnsons, and toured with Irish songwriter, actor, vocalist and guitarist Glen Hansard.

He has received commissions from The Metropolitan Opera, Carnegie Hall, the Los Angeles Philharmonic, the Tallis Scholars and St. John’s College, Cambridge. His more than 100 works for the concert stage include the operas, Two Boys and Marnie, both of which were staged by the Metropolitan Opera.

His recent work Throughline (2020) was written for the San Francisco Symphony and  features eight collaborative artists who were selected by Music Director Esa-Pekka Salonen. And earlier this year his composition Shrink was recorded by Violinist Pekka Kuusisto and the Norwegian Chamber Orchestra.

In June of 2019, English lutenist Elizabeth Kenny gave the world premiere of Muhly’s Berceuse with seven variations (for Theorbo) as part of the Cleveland International Classical Guitar Festival. Prior to the premiere, I caught up with the composer by phone at his home in New York, and began by asking him what he found interesting about this commission.

Nico Muhly: I’ve written a fair amount for “historical instruments” — I hate to even use that word, so let’s put it in quotes — because of course if it’s being played now, it’s not historical. I’ve written before for lute and viola da gamba. For me, there’s something poetic in those sounds being tempered by modern harmonies, and the other way around. There’s a bit of time travel which happens in most of my work anyway — it always looks back a little bit to the Renaissance, Elizabethan, and Jacobean periods.

I remember him being a jolly, down-to-earth conversationalist as his answer to my question of how the commission came about reveals:

NM: Very easily. Liz emailed asking if I wanted to write it and I said yes. I wish there were a more complicated origin story to this, but that’s literally what happened.

Click here to read the full interview with Elizabeth Kenny and Nico Muhly and here to listen to Kenny play Variation VII. Coda.

Click here to listen to Pekka Kuusisto play the first movement of Shrink.

You can listen to Throughline here and read more about the fascinating work and its all-star cast of collaborators here.

Music director and conductor Daniel Meyer built his playlist around Cleveland themes and scenes. “Exploration CLE” made use of engaging selections from the classical canon and beyond that celebrated “what makes Cleveland so special.” Happily, he and his musicians avoided constructing a visual slide show, choosing to let the music speak for itself. END_OF_DOCUMENT_TOKEN_TO_BE_REPLACED

You could see the relationship at work on a practical level. Repertoire for two players at the same piano requires a certain choreography. There’s just one of each pedal to share, and the hand crossings left and right — which can be so fun to watch a soloist pull off — get more complicated when another person’s involved. At times, Pompa-Baldi drew a hand away from the keyboard and into his body, making room for Friscioni, and at the close of a few delicate phrases, the two were crouched together over the same final notes at one end of the instrument. END_OF_DOCUMENT_TOKEN_TO_BE_REPLACED

The signature sounds of these famous film scores are not so much John Williams’ invention as allusions to other classical pieces. The foreboding half-step from Jaws, growing more and more furious in the cellos and basses, shares something with Dvořák’s “New World” Symphony and Bartok’s Miraculous Mandarin. END_OF_DOCUMENT_TOKEN_TO_BE_REPLACED