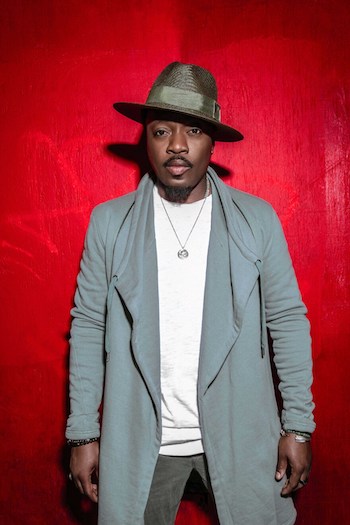 •Ohio Light Opera and ChamberFest Cleveland continue their seasons, while Tri-C JazzFest and the Local 4 Music Fund’s “She Scores” series kick off their programming tonight.

•A report from the Institute for Composer Diversity, an article about jazz in Detroit, and the reopening of Odessa Opera

The day begins with Hello, Dolly! in a 2:00 matinee performance by Ohio Light Opera. Later on, at 7:00 the Local 4 Music Fund brings us the opening concert of this year’s “She Scores,” a series dedicated to music by living female composers — represented tonight by Elillian Daugherty, Michelle Li, Ellen Ruth Harrison, Nicole Elyse DiPaolo, Cara Haxo, HyeKyung Lee, and Karen Griebling.

At 7:30, ChamberFest Cleveland continues with “Luminescence,” a program of works by George Walker, Alfred Schnittke, and Mozart. And at 8, this year’s Tri-C JazzFest kicks off with a concert by singer-songwriter and “soul storyteller” Anthony Hamilton (pictured above).

Tickets and details in our Concert Listings.

American orchestras are performing more works by women, people of color, and living composers, according to a recent report from the Institute for Composer Diversity at the State University of New York at Fredonia. “The change that has been talked about for a very long time has suddenly been tremendously accelerated,” League of American Orchestras president and chief executive Simon Woods told Javier C. Hernández in an interview for The New York Times.

And last week brought the reopening of Odessa Opera for the first time since the start of the Russian invasion of Ukraine. And as Roger Cohen writes in The Times, “The music seemed a defiant miracle of culture and beauty, the ultimate rebuke to the Russian savagery at Bucha and Mariupol…”

CityMusic Cleveland has given a series of premieres by women composers this season in addition to recording these pieces and posting them on YouTube. The three latest recordings are Daixuan Ai’s Trio for Oboe, Viola, and Piano, Jessica Meyer’s Welcome to the Broken Hearts Club, and Jasmine Barnes’ Might Call You Art. Good news for audiences, and for the ongoing lives of these pieces. 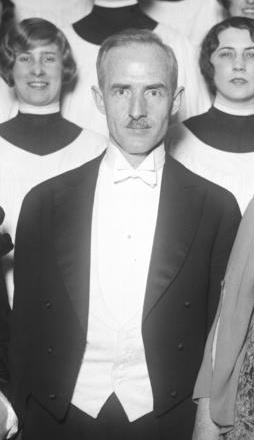 Among several notable anniversaries on June 23 — including the death of English folk-song collector Cecil Sharp (1924), the birth of German composer Carl Reinecke (1824), and the birth of American conductor James Levine (1943) — we’ll focus on Canton’s own John Finley Williamson, that illustrious choral conductor born on this date in 1887.

In the years after moving to its longtime home in Princeton, NJ and becoming accredited as Westminster Choir College, the Choir began performing regularly with the New York Philharmonic (over 300 times) and the Philadelphia Orchestra.

Capping off his career with a five-month world tour sponsored by the U.S. State Department Cultural Exchange Program, Williamson retired as president of the College in 1958. After he passed away six years later, his ashes were scattered on campus — which is said to have occurred during a performance of Verdi’s Requiem under Eugene Ormandy.

The history of the School is difficult to wrap your head around. After being born in Dayton, it spent a short time as part of Ithaca College, 88 years in Princeton — at first independently, then as part of Rider University — followed by a controversial move to the University’s Lawrenceville campus in 2020. The Princeton campus is now listed for sale by the University, and vacant — save perhaps for one baton-wielding ghost from Canton.

With this work, premiered in 1907, Sibelius offered a bold departure from the explosive emotionalism so prevalent in late-Romantic era music. This symphony was a renewed embrace of Classicism’s purity of form and melody, and one that, oddly enough, left many initial audiences of the day somewhat bewildered. END_OF_DOCUMENT_TOKEN_TO_BE_REPLACED

After eating a Po’boy from The Dawg Bowl Cajun food truck, I caught the first half of Brian Culbertson’s show in The Connor Palace Theatre. END_OF_DOCUMENT_TOKEN_TO_BE_REPLACED