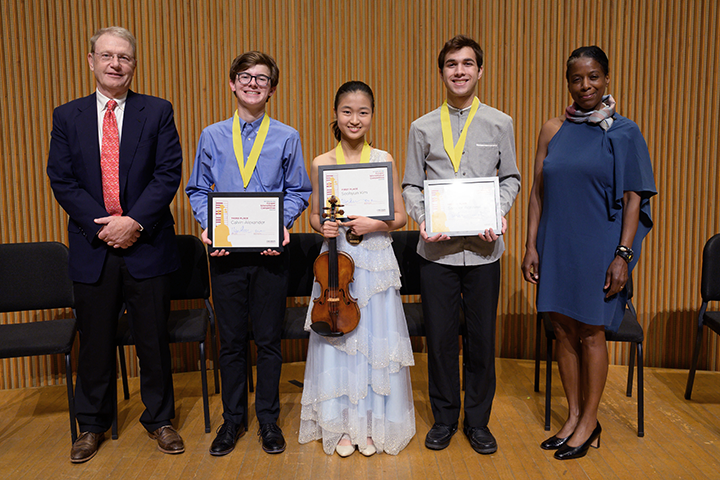 •Cooper Competition: the winners, and their winnings

•New appointments: Gabe Pollack as director of performing arts at CMA, Brian Wendel as principal trombone of The Cleveland Orchestra

The results of the Cooper International Competition came in late on Friday evening, August 19. In the final round — a performance with the Canton Symphony under Gerhardt Zimmermann — Seohyun Kim (13, Seoul) played the Brahms Violin Concerto en route to winning First Prize.

That award comes with $20,000, a two-year partnership with MKI Artists (to include up to ten engagements in concerto or recital settings in the U.S.), and the opportunity to give the world premiere of a new six-minute work for violin and orchestra by Jeff Scott. Kim will also have exclusive rights to the piece for two years, during which time she will be loaned a rare Italian instrument from Jonathan Solars Fine Violins of New York.

Second Prize went to Sameer Agrawal (17, Chicago), and Third to Calvin Alexander (17, Shreveport), both of whom played the Tchaikovsky Concerto. They take home $10,000 and $5,000, respectively. Pending a successful application, all three finalists have also been offered a four-year, full-tuition scholarship to Oberlin Conservatory.

Pictured above, on either end: Thomas and Evon Cooper, the sponsors of the competition. In between them, from left to right: Alexander, Kim, and Agrawal. 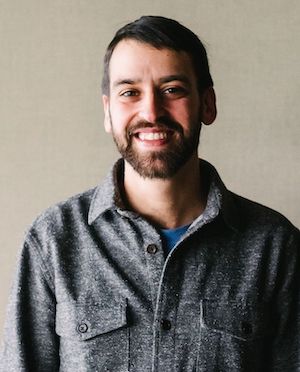 On Monday, the Cleveland Museum of Art announced the appointment of Gabe Pollack as Director of Performing Arts, beginning October 17. Since 2014 Pollack has been the manager and director of the acclaimed Bop Stop — voted the country’s Best Jazz Club by readers of All About Jazz in 2019, among the venue’s many honors.

As the Bop Stop’s director, Pollack has also assisted with programming at the Ingenuity Festival, CAN Triennial, and Concrete Concerts. A mentor for College Now, he has previously taught arts management and entrepreneurship at Baldwin Wallace University and worked as an agent, administrator, and sound technician at Jim Wadsworth Production Agency. He is a graduate of Oberlin College and Conservatory.

“I’m looking forward to bringing my collaborative spirit to the Cleveland Museum of Art and working with the community to program a diverse lineup of multidisciplinary world-class talent,” Pollack said in a press release. “The Cleveland Museum of Art is uniquely positioned to enhance Cleveland’s cultural landscape while providing exceptional opportunities for performers. Reimagining and redefining what programming looks like at a world-class institution is an amazing opportunity that I cannot wait to be a part of.” 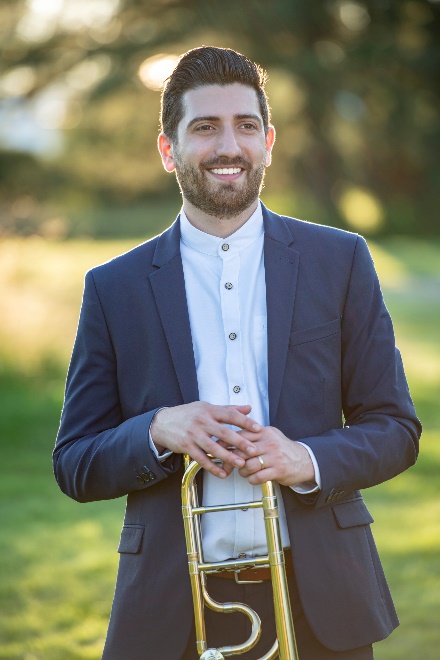 And Brian Wendel has been appointed principal trombone of The Cleveland Orchestra. As of this past Monday, August 22, he holds the Gilbert W. and Louise I. Humphrey Chair.

Principal trombone of the Vancouver Symphony since 2017, Wendel has also performed with the Seattle Symphony, Philadelphia Orchestra, and New York Philharmonic. He has soloed with the Vancouver and Prince George Symphonies as well as the Trombone Choir at Juilliard, where he received his bachelor’s degree studying with Joseph Alessi.

On the competition circuit, he won the 2021 Music International Grand Prix (Winds and Brass category), the 2020 Online Trombone Competition, the 2018 Alessi Seminar Asia Competition, and the 2014 and 2016 International Trombone Association competitions. As a teacher, this year he is a clinician (and featured soloist) at the Lamont School of Music at Denver University, and in 2019 he was appointed adjunct professor of trombone at the University of British Columbia.

As of yesterday, subscription and single tickets are now on sale for Les Délices’ 2022-23 season. A special event on September 24 — “The Highland Lassie” — will be followed by the main four-concert series: “Winds of Change” (October 21-23), “Rejoice” (December 2-4), “Enchanted Island” (February 24-26), and “Isabella’s Renaissance” (April 21-23). More information on the ensemble’s website. 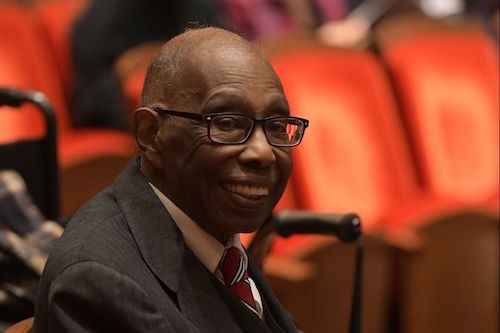 A true trailblazer, American composer, pianist, and organist George Walker — who died on this date in 2018 in Montclair, New Jersey — was famously the first Black composer to win the Pulitzer Prize for Music (1996). But fifty years earlier he was already breaking boundaries.

In 1945, Walker became the first Black pianist to give a recital at New York’s Town Hall, the first Black instrumentalist to solo with the Philadelphia Orchestra, and one of the first Black graduates of the Curtis Institute of Music. (His studies at Curtis followed his graduation from Oberlin College at age 18.)

Here are a few works to begin immersing yourself in the world of this great American composer.

His most popular piece is the 1990 Lyric for Strings, which he adapted from the second movement of his First String Quartet (1946). It’s interesting to hear both versions — the sparer beauty of the quartet, and the warmer and richer string-orchestra piece.

Many other works are more stylistically thorny, including his Pulitzer-winning (by unanimous decision) Lilacs for Voice and Orchestra, which sets a text by Walt Whitman in reflecting on the assassination of Abraham Lincoln.

Among his solo works is the excellent “Bleu” (2011), recorded by Oberlin faculty violinist David Bowlin on the album Bird As Prophet. Complex and accessible, emotive and playful all at the same time, “Bleu” was written for the composer’s son Gregory Walker, a composer himself as well as a violinist.

It wasn’t until age 87, with his Violin Concerto (2008), that George Walker began to write for his son — and even then, Gregory Walker wasn’t aware of it until it showed up in the mail. “Didn’t know about it until it was too late,” he deadpanned in an interview with NPR.

END_OF_DOCUMENT_TOKEN_TO_BE_REPLACED

The strings-only work by Berg has made relatively frequent appearances on the Orchestra’s programs. In 2021, the musicians recorded it for the In Focus series, and it appeared again on last year’s European tour. Friday’s rendition maintained the group’s characteristic light and effortless playing, each section blending as much as possible to echo the work’s original form as a string quartet. At fifteen minutes total, the piece is quite short, but the dense encoded musical meanings require some extra-attentive listening. Splitting up the three movements ensured that each one could be appreciated on its own. END_OF_DOCUMENT_TOKEN_TO_BE_REPLACED