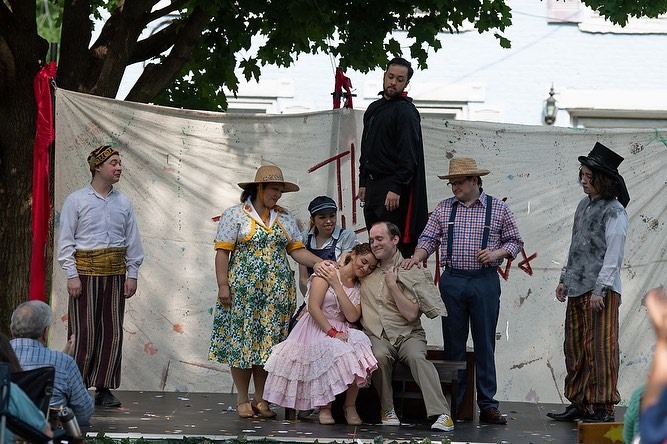 •Interesting reads: a withdrawal due to the use of blackface, a grappling with the character of Carmen, and financial privilege in classical music

Ohio Light Opera presents the opening performance of The Fantasticks — the world’s longest-running musical, with music by Harvey Schmidt and libretto by Tom Jones — today at 2:00 pm outdoors at the Wayne Center for the Arts in Wooster. If you’re looking to stay out of the sun, know that shade is limited. OLO will supply bottled water, but the company recommends bringing hats, sunscreen, and sunglasses in addition to lawn chairs. (The forecast looks beautiful, but if it rains, the performance will move indoors to Freedlander Theatre.) Get tickets here.

And at 7:30, the Kent Blossom Music Festival’s faculty concert series continues at KSU’s Ludwig Recital Hall with the Miami String Quartet and pianist Spencer Myer in a program that includes string quartets by Haydn (G Major, Op. 77, No. 1) and Barber, as well as Fauré’s Piano Quartet in g, Op. 45. Get tickets here.

Heights Chamber Orchestra will hold auditions for principal oboe and section strings — particularly violas — on Monday, August 22 from 7:00-9:30 pm at the home of a board member in Cleveland Heights. Click here to view the required excerpts and to sign up for an audition slot. The Orchestra’s 2022-23 season will include five concerts, and rehearsals are held on Monday evenings at Cleveland Heights High School. For more information, call (216) 751-7816.

A couple of hours away, there are also openings in the Lima Symphony, which will hold auditions for violin and viola (October 16 at Bluffton University) and clarinet (October 23 at Ohio State University at Lima). Click here for required excerpts and more details.

American soprano Angel Blue has withdrawn from upcoming performances at Italy’s Arena di Verona after the company’s use of blackface in a production of Verdi’s Aida, Javier C. Hernández reports for The New York Times. “The use of blackface under any circumstances, artistic or otherwise, is a deeply misguided practice based on archaic theatrical traditions which have no place in modern society,” Blue wrote on social media.

Mathilde López, who is directing a production of Bizet’s Carmen at England’s Longborough Festival Opera, grapples with the opera’s titular character in an op-ed for The Guardian. Carmen is “more symbol than real,” López writes. “…she is not one woman, but many. She is the idea of a woman, and thus her murder matters less, certainly less than the turmoil and suffering of Don José when he kills her.”

And in an article for I Care If You Listen, Juhi Bansal delves into the topic of financial privilege in classical music. “…it often feels like we are afraid to say out loud what so many of us have seen or experienced — that the workings of money and opportunity in classical music present an insurmountable obstacle that pushes talented musicians out.” 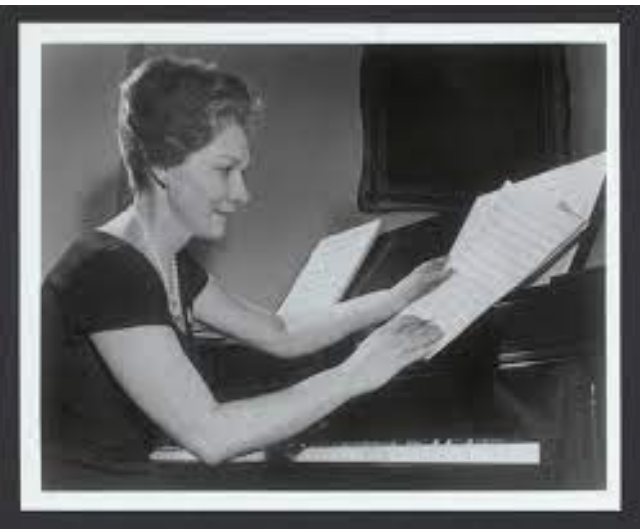 On the 173rd anniversary of the Seneca Falls Convention — the first women’s rights convention in the U.S. — we begin by celebrating composer and conductor Peggy Stuart Coolidge. Born on this date in 1913 in Swampscott, Massachusetts, Coolidge is known for her distinctly American compositional voice influenced by popular and folk music.

Despite that, she’s better known abroad. Significant performances overseas during her lifetime included a 1967 concert of American music in Tokyo (she was also received by the Crown Prince of Japan) and, in 1970, a program presented in the Soviet Union that was devoted entirely to her music — a first for any American composer.

Coolidge studied with Quincy Porter at New England Conservatory, and Boston became an important musical hub for her. She had an especially strong relationship with The Boston Pops Orchestra, which premiered three of her orchestral works. Other Beantown activities included playing piano for hospitalized troops during World War II, serving as pianist and assistant conductor of the Women’s Symphony of Boston, and founding the Junior League Orchestra. (Plus, her scores are now held at the Harvard Library.)

Coolidge’s sonic interests were broad, extending to research in music psychotherapy, and composing background music for the children’s stories of her husband, who was a freelance writer. A larger collaboration with him began when the World Wildlife Fund requested that she write them a short musical theme, which later inspired her orchestra piece Blue Planet, to which he wrote narration.

An important milestone arrived in 1975, six years before her death, when the Westphalian Symphony Orchestra released American Reflections, one of the first recordings ever to consist entirely of music by a single American female composer. It included her Rhapsody for Harp and Orchestra, New England Autumn, Pioneer Dances, and Spirituals in Sunshine and Shadow.

Listen to the first movement of New England Autumn from that album here. And for a live performance, here’s the “Dance No. 1” from Pioneer Dances played by William Henry Curry and the Durham Symphony in 2019. 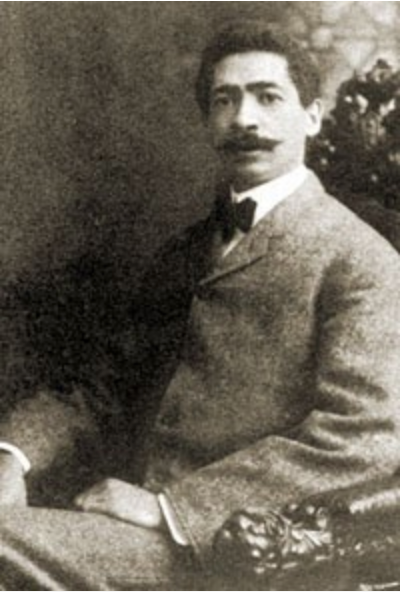 Another musical voice to honor today is that of American composer, conductor, and violinist Will Marion Cook, who died on this date in 1944.

Classical music was his early focus: he studied violin at Oberlin Conservatory, and at the Hochschule für Musik under Joseph Joachim, and later was a student of Antonin Dvořák at the National Conservatory of Music.

But Cook achieved most of his success as a composer of musical theater and popular songs. Important firsts in that arena included his In Dahomey (1903), which starred the iconic duo of George Walker and Bert Williams, and was the first full-length musical written and performed entirely by African-Americans in a major Broadway theater. His The Southerners (1904) became the first Broadway show performed by a racially integrated cast.

Several of his songs are available on YouTube, as is the excellent Overture to In Dahomey, performed here by Rick Benjamin and The Paragon Ragtime Orchestra in a recording from the album Black Manhattan: Theater and Dance Music of James Reese Europe, Will Marion Cook, and Members of the Legendary Clef Club.

And speaking of the Clef Club (that Harlem-based society for African-American musicians that was particularly successful in the 1910s) — outside of theater, Cook’s podium credits included serving as chorus master and assistant conductor of the Clef Club Orchestra, in addition to founding what later became known as the Southern Syncopated Orchestra.

Looking back on this time before the advent of jazz, the development of that genre is often on the minds of scholars who focus on this era. Musicologist Thomas Riis points out how Cook brought his harmonic skill and compositional sophistication into the world of popular music, “perhaps paving the way for the marriage of popular spirit and classical complexity which became jazz.”

Either way, he concludes, whether “as precursor to jazz or in its own right,” the music of Cook deserves a closer look.

Franz Schmidt’s Symphony No. 4 showcased the ensemble, under guest conductor Jonathan Berman, in the standard conventions of a not-so-standard piece. But at the start of the program, the musicians were equal partners to pianist Cédric Tiberghien, whose playing could be as bold as the full orchestra or as intimate as any instrumental solo. END_OF_DOCUMENT_TOKEN_TO_BE_REPLACED

END_OF_DOCUMENT_TOKEN_TO_BE_REPLACED

Jackson began the program with a recitation of Langston Hughes’ poem “Helen Keller” — the first of five poems by Hughes that served as interludes between each piece on the first half. END_OF_DOCUMENT_TOKEN_TO_BE_REPLACED

Pianos with pins and tape on strings, a bass drum and tam tam, crotales, Almglocken, and vibes. Microphones were hooked up all around the instruments. The feed was sent to speakers around the room. Lighting designer Nicholas Houfek hung incandescent globes over the arrangement of instruments from thin black wires stretching across the beams. END_OF_DOCUMENT_TOKEN_TO_BE_REPLACED

From the podium, Elim Chan set an ambitious tone for the evening. The rising star conductor, here in her Cleveland Orchestra debut, has a commanding style, and every twist and turn in Saturday’s performance tracked closely with her baton. END_OF_DOCUMENT_TOKEN_TO_BE_REPLACED