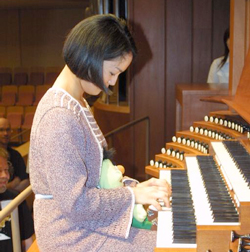 Welcome to summer — the season bookended by Memorial Day and Labor Day in the U.S., never mind the astronomical calendar.

Live events include this noon’s organ recital by Kaori Hongo, who plays music by J.S. Bach on the Newberry Baroque organ in the Church of the Covenant, and the Canton Youth Strings and Youth Symphony, who emerge from the pandemic with a program of Gershwin, Copland, and Schubert this evening in Canton’s Umstattd Hall.

Online, London’s Wigmore Hall celebrates its anniversary week with a song gala reflecting on the pandemic journey, and the Kaufman Music Center presents the Kronos Quartet’s “50 for the Future” Project that features six new works performed by high school musicians from across the United States.

Tri-C Jazz Fest is scheduled to announce the lineup today for its two-day festival at Cain Park on September 11 & 12. Day passes will go on sale through TicketMaster on June 10.

Encore Chamber Music has announced the expansion of ticket availability for its June and July concerts at the new Dodero Center for Performing Arts in Gates Mills. More information here about events that begin on June 6.

Ohio Light Opera’s box office is now open. Visit the OLO website for details about the company’s reduced season, with all events to take place in July.

Two future piano makers entered the world on June 1: Ignaz Joseph Pleyel in 1757 near Vienna, and Carl F.W. Bechstein in Gotha in 1826.

Pleyel, a student of Haydn, was active in the French cathedral town of Strasbourg until the Revolution, when he fled to London, returning to Paris after the Terror to establish Pleyel et Cie in 1807. The firm began building instruments with metal frames, and introduced the “cottage” or upright piano in 1815, and the double piano in 1890. Pleyel also supplied Albert Schweitzer with a “jungle” piano built with tropical wood and an added pedalboard, brought out the first chromatic harp, and contributed to the harpsichord revival with modern instruments built for Wanda Landowska. The company finally stopped producing instruments in 2013.

Bechstein established his company in Germany in 1853, building a solid reputation that got complicated during the 20th century when his son Edwin and his wife became ardent Nazi sympathizers. But before that, in 1901, Carl Bechstein opened the 600-seat Bechstein Hall in London next to his showroom, a beloved venue with superb acoustics that was renamed The Wigmore Hall after 1916, when the entire complex was sold in the wake of anti-German sentiment. 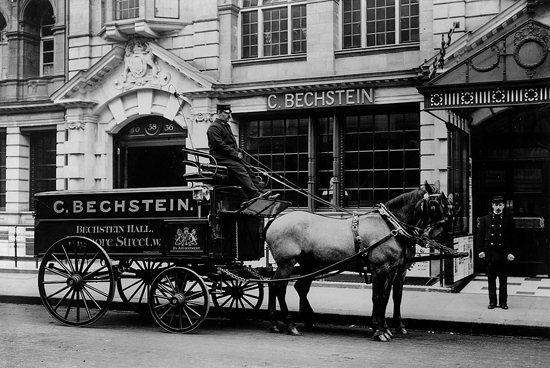 Watch a video made by pianist Pierre-Laurent Aimard in the Wigmore Hall on March, 2017 on a recently restored 1899 Bechstein instrument. He chose to play works by composers who had direct connections to Bechstein — Liszt, Scriabin, Debussy, Julian Anderson and Nikolay Obdukhov.

On this date in 1804, Russian composer Mikhail Ivanovich Glinka was born in Novospasskoye. Credited with establishing what we now recognize as the Russian style, Glinka is best known for his two operas, A Life for the Tsar, and Ruslan and Lyudmila (the overture to the latter frequently appears on concert programs). Here’s another example of his work, the Grand Sextet in E-flat played by the State Borodin Quartet and guests in St. Petersburg in November, 2014.

Back to the keyboard: American pianist Richard Goode was born on June 1, 1943 in Brooklyn. I had the pleasure of interviewing him before his solo recital on the Cleveland Chamber Music Society in March, 2016, when he performed J.S. Bach’s c-minor Partita. Here’s his wonderful performance of a similar work, the B-flat Partita.

And two famous singers made different debuts on this date: American mezzo-soprano Frederica von Stade was born in 1945 in Somerville, N.J., and Italian tenor Luciano Pavarotti first appeared onstage in Covent Garden in 1966 as Tonio in Donizetti’s La Fille du régiment, an occasion that earned him the title, ‘King of the High C’s.’

Enjoy von Stade’s performance of William Bolcom’s cabaret song Amor here, and catch up on her career with two video interviews. In the first, a WFMT backstage chat at Chicago Lyric Opera, she reflects on highlights of her professional life, and in the second, she joins Dame Kiri Te Kanawa to talk about “secrets, long careers, and friendship” during the BBC Cardiff’s Singer of the World 2019 Fringe Benefit.

As for Pavarotti, enjoy his silver jubilee concert at New York’s Madison Square Garden in 1986.

This year the majority of the concerts are being held at a single location, the magnificent Grove Amphitheatre in Mayfield. Although the venue has no permanent seating, lawn chairs and blankets are the perfect solution. Picnics are encouraged and the responsible consumption of alcohol is permitted. Think Blossom Music Center on a smaller scale and you’ll get the picture. END_OF_DOCUMENT_TOKEN_TO_BE_REPLACED

The series opener, “Legends,” celebrated the return of in-person concerts with music by Antonín Dvořák, Enrique Granados, Paul Wiancko, and Franz Schubert. The musicians displayed the wide range of expression and color, enchanting communication, and technical brilliance that chamber music can provide. END_OF_DOCUMENT_TOKEN_TO_BE_REPLACED

Music director Franz Welser-Möst set the stage in his introductory video remarks, describing the Berg era as “the ‘Roaring 20s’ aftershock of World War I, a blooming of musical styles never experienced before or since.” END_OF_DOCUMENT_TOKEN_TO_BE_REPLACED

Aside from that, the beautifully curated program primarily features captivating performances of solo works that are presented in a logical progression of sound and temperament. END_OF_DOCUMENT_TOKEN_TO_BE_REPLACED

END_OF_DOCUMENT_TOKEN_TO_BE_REPLACED

Henderson began the evening with his own arrangements of three movements from J.S. Bach’s Suite No. 4 for solo cello. The Prelude features a series of descending patterns interspersed with virtuosic passages, and while these passages effectively highlighted Henderson’s technical skills, he also demonstrated dramatic expertise by playing each descending pattern with different nuances of emotion. The Sarabande, with its poise and stately pace, was juxtaposed beautifully with a lively Bourrée, where notes flurried in quick succession, but Henderson never sacrificed precise articulation for musical momentum.  END_OF_DOCUMENT_TOKEN_TO_BE_REPLACED