•No Exit tonight at Cain Park

At 7:00 pm, No Exit will give a free concert at Alma Theater as part of Cain Park’s Tuesday Evening Chamber Music Series. The program is made up of repertoire from the ensemble’s past seasons: works by Derrik Balogh, Ameila Kaplan, Edward Smaldone, Agata Zubel, Victoria Cheah, and Douglas Knehans — all music composed within the last four years.

Registration closes tomorrow at noon for “Music Theory Jumpstart,” to be taught by Oberlin music theory professor Joseph Lubben from June 20 through July 29 through Oberlin Conservatory Global. The course is aimed at lifelong learners and anyone planning to take AP Theory or College Music Theory I. Register here.

As the Recording Academy announced on Thursday, five new categories will be coming to the 2023 Grammy Awards: Songwriter of the Year (Non-Classical), Best Alternative Music Performance, Best Americana Performance, Best Spoken Word Poet, and — the wordiest addition — Best Score Soundtrack for Video Games and Other Interactive Media. There will also be a new Special Merit Award honoring the Best Song For Social Change.

An article in The Washington Post hones in on the Video Game Score category, including thoughts from jazz musician and The Late Show bandleader Jon Batiste. And a piece in The New York Times points out that in recent years, “songwriters have been lobbying the Recording Academy for greater recognition, which has come gradually.” 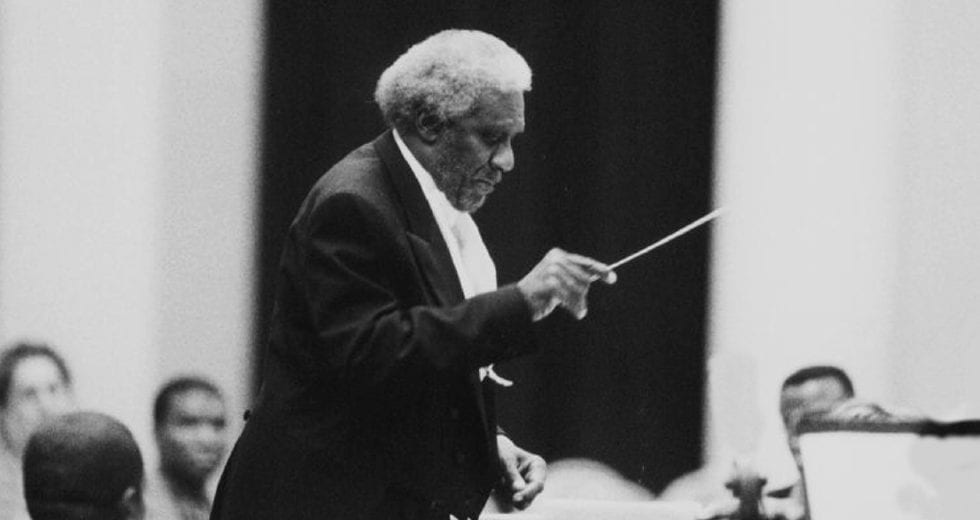 In addition to serving as music director of several dance companies, including Alvin Ailey American Dance Theater, in 1965 Perkinson co-founded one of the major early integrated orchestras in America: the Symphony of the New World. From 1998 until his passing in 2004, he directed the performance program of the Center for Black Music Research at Columbia College Chicago.

A year after his death, Cedille Records released Coleridge-Taylor Perkinson: A Celebration, containing six world-premiere recordings of works dating from 1955 to 2004. That album includes two works that have been performed in Northeast Ohio over the past year: Sinfonietta No. 1 and Lamentations for solo cello.

Click the above links for their first movements, and take a moment to read some of the album’s liner notes written by Gregory Weinstein (download the pdf here), who begins by sharing Perkinson’s response after being asked to define Black music:

Other artists to celebrate today include Chinese pianist Lang Lang, who turns 40, and two musicians who passed away on this date in history, 400 years apart: Flemish composer Orlando de Lassus (1594), and Cleveland-born composer and conductor Henry Mancini (1994).

Enjoy Lang Lang soloing with The Cleveland Orchestra in Mozart’s Piano Concerto No. 24, three excerpts from Lassus’ Bicinias in the hands of Cleveland’s Contrapunctus Early Music, and Mancini leading his orchestra in a medley of his own hits: Pink Panther, Moon River, Baby Elephant Walk, and Peter Gunn.

With this work, premiered in 1907, Sibelius offered a bold departure from the explosive emotionalism so prevalent in late-Romantic era music. This symphony was a renewed embrace of Classicism’s purity of form and melody, and one that, oddly enough, left many initial audiences of the day somewhat bewildered. END_OF_DOCUMENT_TOKEN_TO_BE_REPLACED

After eating a Po’boy from The Dawg Bowl Cajun food truck, I caught the first half of Brian Culbertson’s show in The Connor Palace Theatre. END_OF_DOCUMENT_TOKEN_TO_BE_REPLACED