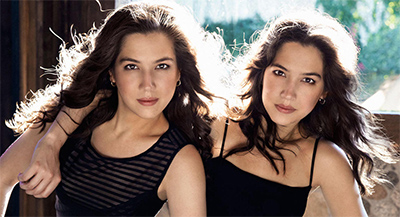 The Tuesday noon concert at the Church of the Covenant in University Circle will feature organist William Rehwinkel in music by Jeanne Demessieux, Jehan Alain, and himself.

In a Cleveland.com article published on Monday, Cleveland Orchestra President and CEO André Gremillet commented on the cancellation of its November 13 and 14 performances due to a suspected COVID case in the wind section. Read the article here.

The work, “a project Shorter began thinking about in the 1950s, is a bold reimagining of the classical figure, daughter of King Agamemnon and Queen Clytemnestra. Spalding wrote the libretto for the show and is performing in it. The renowned architect Frank Gehry, who has studied and taught at Harvard, designed the sets. Eight years in the making, the opera made its worldwide debut Nov. 12 in Boston.” Read the interview here.

On this date in 1895, German-born American composer, violist, and educator Paul Hindemith was born in Hanau. His music having been condemned by the Nazis in 1936, Hindemith spent some time in Turkey during that decade, setting up a national music school, then making tours of the U.S. as a solo violist and performer on the viola d’amore.

He ended up teaching at Yale, where he formed the Yale Collegium Musicum, and also gave the Charles Eliot Norton Lectures at Harvard, later collected in the book A Composer’s World.

One of Hindemith’s most popular works, the Symphonic Metamorphosis on Themes of Carl Maria von Weber, was recorded twice by George Szell and The Cleveland Orchestra. Listen here to the 1947 performance, and here to a studio recording made in 1964. Discuss!

On November 16, 1904, in his first American tour concert, English composer Samuel Coleridge-Taylor conducted his choral trilogy Hiawatha in Washington, DC. The composer, whose father was born in Sierra Leone, had already debuted the first of his three cantatas on Henry Wadsworth Longfellow’s epic poem, Song of Hiawatha in 1898 at the age of 22.

Coleridge-Taylor’s music was championed in England by Edward Elgar and Charles Villiers Stanford, and he was received by President Theodore Roosevelt at the White House during his American tour in 1904.

Click here to watch the documentary Samuel Coleridge Taylor and His Music in America, 1900–1912.

And on November 16, 1900, the Philadelphia Orchestra gave its first concert at the Academy of Music. Thirty-four years later, on November 16, 1934, Leopold Stokowski led the ensemble in that hall for the premiere of William Dawson’s Negro Folk Symphony. Click here for a recent performance at Bard College led by Leon Botstein.

Music director and conductor Daniel Meyer built his playlist around Cleveland themes and scenes. “Exploration CLE” made use of engaging selections from the classical canon and beyond that celebrated “what makes Cleveland so special.” Happily, he and his musicians avoided constructing a visual slide show, choosing to let the music speak for itself. END_OF_DOCUMENT_TOKEN_TO_BE_REPLACED

You could see the relationship at work on a practical level. Repertoire for two players at the same piano requires a certain choreography. There’s just one of each pedal to share, and the hand crossings left and right — which can be so fun to watch a soloist pull off — get more complicated when another person’s involved. At times, Pompa-Baldi drew a hand away from the keyboard and into his body, making room for Friscioni, and at the close of a few delicate phrases, the two were crouched together over the same final notes at one end of the instrument. END_OF_DOCUMENT_TOKEN_TO_BE_REPLACED

The signature sounds of these famous film scores are not so much John Williams’ invention as allusions to other classical pieces. The foreboding half-step from Jaws, growing more and more furious in the cellos and basses, shares something with Dvořák’s “New World” Symphony and Bartok’s Miraculous Mandarin. END_OF_DOCUMENT_TOKEN_TO_BE_REPLACED