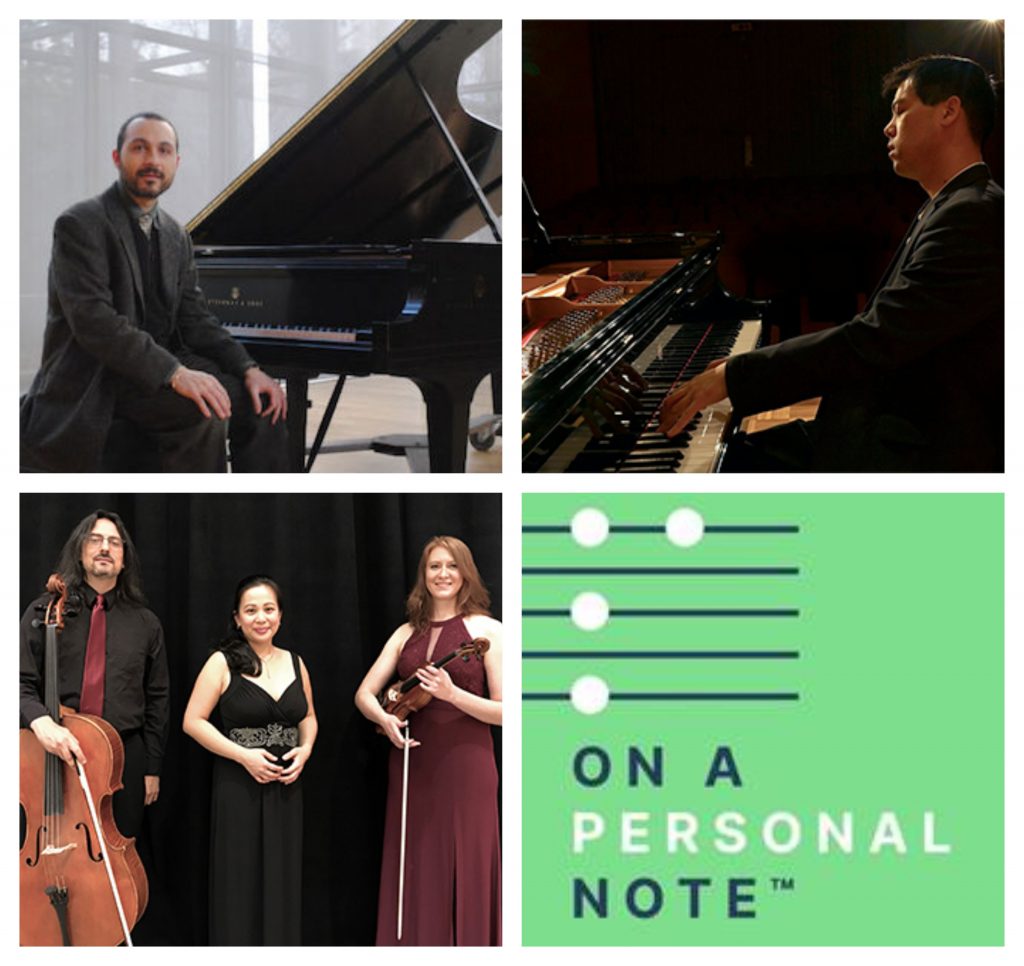 One current and one former CIM faculty pianist will offer live-streamed recitals tonight: Antonio Pompa-Baldi at 7, and Frank Huang at 8:30. Youngstown State’s Dana Piano Trio will also share a pre-recorded program at 7 — one that includes a certain Finn who is considered among the greatest living composers, and who happens to be featured in today’s almanac below. Links and details in our Concert Listings.

And Episode 6 of The Cleveland Orchestra’s podcast On A Personal Note is now available. “Color & Character” features bassoonist and contrabassoonist Jonathan Sherwin, who “contemplates the role of the lower voices of the woodwind section — and the meaning of life as portrayed in Mahler’s Second Symphony.” Listen here.

THIS WEEKEND FROM THE ASO & STAN HYWET:

The Akron Symphony continues with its Interlude Season on Saturday, October 17 from 11:30 am to 1:30 pm when violinists Sarah Husak and Steve Ostrow join cellist Jim Benson at Stan Hywet Hall & Gardens, providing a soundtrack while masked, socially-distanced guests take the self-guided tour of the Manor House. Click here for more information, including the estate’s admission fees.

(One other potentially fun discovery on the Stan Hywet website: the online version of their murder-mystery series, which coninues October 15, 16, 22, and 23. That may be entirely non-musical, but I’ll defend its inclusion here by pointing out that Arthur Conan Doyle published The Adventures of Sherlock Holmes on this date in 1892. And speaking of #OnThisDate…)

That mystery composer featured on the Dana Piano Trio’s program tonight is Kaija Saariaho, who was born in Helsinki on October 14, 1952 and has lived in Paris now for thirty-some years. Last year, the BBC Music Magazine polled 174 composers about the greatest names in the history of their field — the GOATs, we could say. Bach landed 1st, and Saariaho 17th, the highest ranking among living composers. (Here are the results of the top 50.)

Among local performances of her work, hear Oliver Herbert play the Sept Papillons (“Seven Butterflies”) for solo cello during the 2017 edition of ChamberFest Cleveland. And check out her recent interview with Tom Welsh as part of the “Behind the Beat” series from The Cleveland Museum of Art.

Maurice Martenot, the inventor of the electronic instrument known as the ondes Martenot, was born in Paris on this date in 1898. Cynthia Millar, described by The Guardian as the “unchallenged sovereign” of the instrument, describes its nature and its importance to Messiaen’s Turangalîla-Symphonie here. And moving to the world of popular music, listen to this collection of ondes Martenot-heavy excerpts from the band Radiohead, whose lead guitarist and keyboardist became a fan of the instrument after hearing Turangalîla as a teeanger.

One last big name for October 14: Leonard Bernstein, who died on this date in 1990. Read our August 25 Diary, where Daniel Hathaway celebrated that needs-no-introduction musical figure (another GOAT?) by going behind the scenes with videos of him in rehearsal.

END_OF_DOCUMENT_TOKEN_TO_BE_REPLACED

Although it wasn’t the original plan to go online last weekend for the final round of the James Stroud Classical Guitar Competition, moving to a digital format suited the event well. Young performers Aytahn Benavi, Patricia Hernandez, Ian Tubbs, and Eric Wang played in the intimate setting of their own homes, giving everyone who tuned in a front row seat. END_OF_DOCUMENT_TOKEN_TO_BE_REPLACED

END_OF_DOCUMENT_TOKEN_TO_BE_REPLACED

Joining a long list of arrangers, Parker Ramsay has now transcribed the Variations for the modern pedal harp, an instrument for which he holds a master’s degree from Juilliard, in addition to a degree in history from Cambridge University, plus a master’s in historical performance (organ and harpsichord) and an artist diploma (organ) from Oberlin. END_OF_DOCUMENT_TOKEN_TO_BE_REPLACED