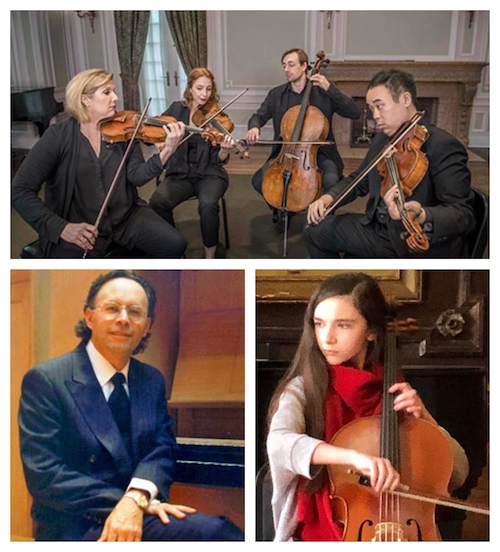 Saturday brings the 7:30 pm Showcase Concert from the Cleveland Classical Guitar Society, featuring performances by the Gruca White Ensemble, Jeremy Collins, and Andy Poxon with Jeanelle Brierley. Watch in person at the Maltz Performing Arts Center, or via stream — either way it’s free, but registration is required. Read our preview article here.

Sunday’s schedule is more packed, with possibilities in Berea, Cleveland, Akron, and Youngstown. At 3:00, tenor JR Fralick gives a BW faculty recital at the University’s Kulas Music Hall (free). And at 4:00, there are three options: the Cavani Quartet continue their “Beyond Beethoven” project at CSU’s Drinko Auditorium (free), organist Anthony Newman plays a recital on the Arts at Holy Trinity Series (freewill offering), and Miriam Burns leads the Youngstown Symphony at DeYor PAC in a performance that features cellist Miriam K. Smith (tickets). The Cavani, Newman, and Smith pictured above.

On November 15, The Cleveland Orchestra will release a new recording of Alfred Schnittke’s Concerto for Piano and Strings (with Yefim Bronfman) and Prokofiev’s Second Symphony. The Schnittke was recorded in October 2020 at Severance Hall and was part of the Orchestra’s In Focus series, while the Prokofiev was recorded in January 2020 at the Knight Concert Hall while on tour in Miami. The album will be available via streaming, download, and CD, and pre-ordering begins October 15.

Many of us take for granted the opportunity to enjoy recordings such as that one above, in addition to all the filmed concerts that have been shot during the pandemic. Taking us behind the scenes, Les Délices has published an interview with audio producer Elaine Martone and video producer Erica Brenner to reveal what a recording project with the ensemble is like from their perspectives.

Management is proposing steep cuts to the San Antonio Symphony, which would bring it from 71 full-time musicians to 42 (San Antonio Report). In more positive news, ClevelandClassical.com correspondent Jeremy Reynolds covers Pittsburgh’s resurgence as a national hotspot for jazz in the Pittsburgh Post-Gazette. And turning to the wonderfully absurd, enjoy the talents of the South Korean a capella group MayTree as they mimic digital sounds such as cell phone ringtones and computer error messages, as heard in an audio story from The World. 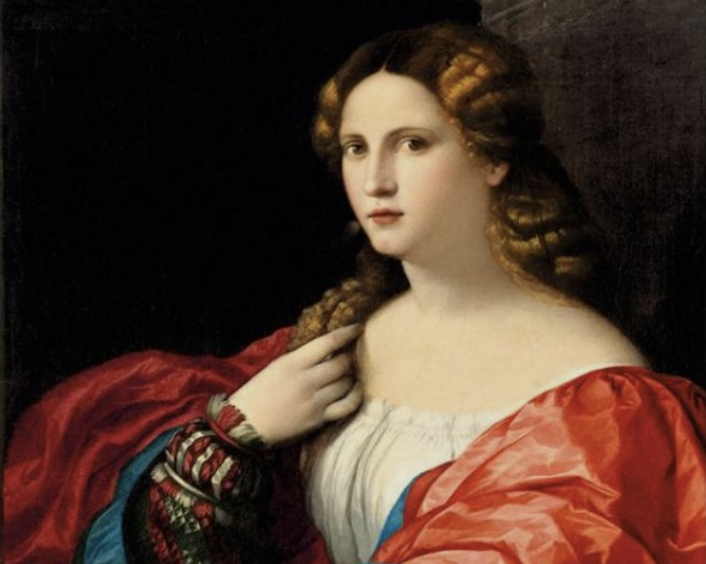 One for Saturday, one for Sunday. We’ll start with Francesca Caccini (born on September 18, 1587 in Florence), the Italian composer, singer, lutenist, and poet whose opera La liberazione di Ruggiero is believed to be the first entry in that genre by a woman, and possibly the first Italian opera to be performed outside of Italy.

Last March, during the “Women in Music” episode of Les Délices’ SalonEra series, soprano Michelle Kennedy sang the role of the Siren in “Chi nel fior di giovinezza,” a scene from that Caccini opera. I spoke to Kennedy before the episode aired, and among our topics of discussion was the composer’s distinctive ornamentation.

“It’s kind of a signature of hers — she was a master of ornamentation as a performer, and also compositionally,” Kennedy said. Though the episode is no longer freely accessible, it’s worth noting that SalonEra subscribers now get on-demand access to the entire first season.

Caccini’s signature ornamentation is most evident in her famous collection of solo songs and duets Il primo libro delle musiche. Soprano Henriette Feith and theorbist David Van Ooijen choose a selection of songs from that work in their album La Cecchina (the composer’s nickname) — listen in this playlist on YouTube. 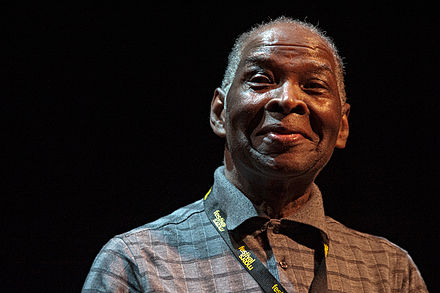 And Sunday brings what would have been the 91st birthday of pianist and composer Muhal Richard Abrams, who was born in Chicago, and died in 2017.

A Jazz Master as named by the National Endowment for the Arts in 2010, his compositions and improvisations are often classified as, well, unclassifiable. At the keyboard he was known to suddenly reference historical jazz styles, woven into his own brand of modernism. And as a composer, his ouevre reveals both his background in the blues and his interest in chamber music and orchestra. He’s also famous for helping to found the Association for the Advancement of Creative Musicians (A.A.C.M.), and was its first president.

His discography is vast — he released an album nearly every year between 1977 and 1997. Here’s one suggestion: his final album, Made in Chicago, which you can hear on Spotify. Abrams is joined by drummer Jack DeJohnette, saxophonists Roscoe Mitchell and Henry Threadgill, and bassist Larry Gray. It was recorded live at the Chicago Jazz Festival in 2013, and marked a reunion for several A.A.C.M. colleagues.

Writing for PostGenre, critic Rob Shepherd named Made in Chicago among his ten favorite albums from the 2010s, and said that it “is already a lasting tribute to not just the AACM and its enduring legacy but the city of Chicago itself which has fostered such music.”

END_OF_DOCUMENT_TOKEN_TO_BE_REPLACED

The Orpheus myth inspired French Baroque composers Jean-Philippe Rameau and Philippe Courbois to write expressive solo cantatas about the famous Greek musician-poet and his futile attempts — because of his own impatience — to rescue his beloved Eurydice from the grasp of Pluto in the Underworld. These are beautifully performed by the clear-voiced soprano Hannah De Priest and the velvet-throated baritone Jonathan Woody (who makes a walk-on appearance in the Rameau). END_OF_DOCUMENT_TOKEN_TO_BE_REPLACED

Now that live concerts are beginning to proliferate, it was delightful to hear Oberlin cello professor Darrett Adkins ring a change on the solo suite format with his Hypersuite No. 3 on September 28 in the Cirigliano Studio Theatre at Lorain County Community College. His program opened the new season of Signature Series performances in Elyria, and was dedicated to the memory of Eva Hornyak. END_OF_DOCUMENT_TOKEN_TO_BE_REPLACED