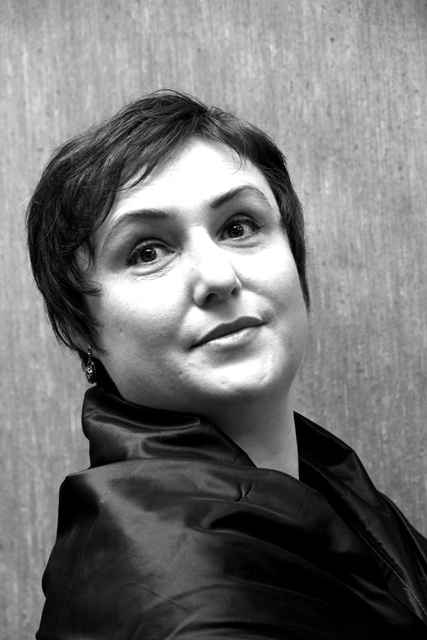 The Quartet delighted the audience with magnificent performances of two nostalgic movements by John Corigliano. A photo of the composer’s father playing a duet with his own brother inspired the first, Snapshot, Circa 1909. Highlights included a beautiful solo from Sato, a breathtakingly high solo by Fullard, and an intense duet between the two of them amid complex extended techniques. 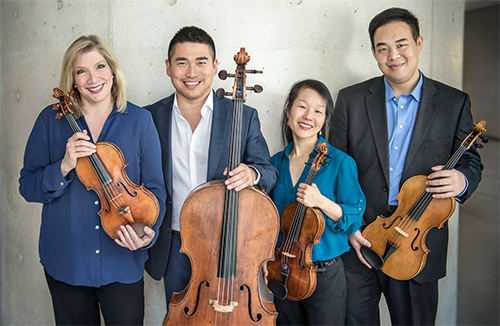 The second, A Black November Turkey, is a short, lively scherzo depicting a turkey cock looming over nine chickens. In the first part, Fullard played a very high solo followed by an ensemble unison passage. The second had slower four-part counterpoint and a blatantly high homophonic section, soon followed by a return to the faster opening tempo.

Of the three songs Mathias presented from Gabriel Fauré’s La bonne chanson, “Puisque l’aube grandit” (“Since Day is Breaking”) was the most interesting. Here the protagonist finds renewed hope inspired by love. Soo Kim tossed off the racing accompaniment, while singer and quartet united in flawless ensemble.

Though a bit less at home in Italian, Mathias sang Respighi’s substantial Il Tramento (“Sunset”) with lovely tone. The Cavani shone in their accompaniment, a mixture of late-Romantic chromatic harmony and pentatonic lines highlighted by beautiful solos from Li and Fullard.

Jackson began the program with a recitation of Langston Hughes’ poem “Helen Keller” — the first of five poems by Hughes that served as interludes between each piece on the first half. END_OF_DOCUMENT_TOKEN_TO_BE_REPLACED

Pianos with pins and tape on strings, a bass drum and tam tam, crotales, Almglocken, and vibes. Microphones were hooked up all around the instruments. The feed was sent to speakers around the room. Lighting designer Nicholas Houfek hung incandescent globes over the arrangement of instruments from thin black wires stretching across the beams. END_OF_DOCUMENT_TOKEN_TO_BE_REPLACED

From the podium, Elim Chan set an ambitious tone for the evening. The rising star conductor, here in her Cleveland Orchestra debut, has a commanding style, and every twist and turn in Saturday’s performance tracked closely with her baton. END_OF_DOCUMENT_TOKEN_TO_BE_REPLACED