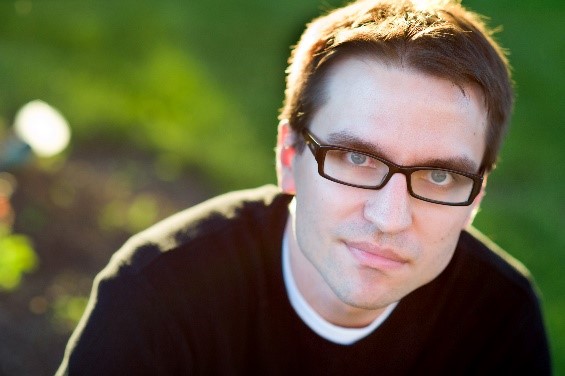 “At the Fine Arts Association, we like to say that we’ve got all the arts under one roof,” conductor Michael Lund Ziegler (pictured) remarked in a recent Zoom interview. It’s a statement that succinctly sums up the Willoughby-based organization, known for its community theatre performances and robust education programs in dance, visual arts, music, and more.

Most recently, FAA is branching out into music performance through its upcoming Artist Recital Series. The opening concert, on Thursday, August 19 at 7:00 pm, will feature works for chamber orchestra and string trio and will be held in Corning Auditorium on the organization’s campus. In-person tickets are available here.

This performance will set the stage for the twelve concerts to follow, which will be equally divided among the Faculty Artist Series, Guest Artist Series, and Artist in Residence Series with the Third Stream Duo. It will also be the inaugural performance of the Fine Arts Chamber Orchestra, a group made up of faculty members, community members, and other musicians.

The Chamber Orchestra will play in the last two pieces, but the first piece will showcase the recently-formed Muse Trio. The Cleveland-based group, made up of violinist Jenny Cluggish, violist Melissa Lund Ziegler, and cellist Daniel Pereira, will perform Ernst von Dohnányi’s Serenade in C.

Dohnányi may be the first piece on the program, but the first piece that came to mind during Michael Lund Ziegler’s planning is the last one — Camille Saint-Saëns’ Carnival of the Animals. The idea came about during a conversation with his colleague and pianist Barbara Klonowski, who expressed interest in using the piece to highlight FAA’s piano faculty. Lund Ziegler said that the suggestion was “a nice genesis of things coming together at the right time,” adding that Klonowski and fellow faculty member Feroza LaBonne will be the featured pianists.

In the middle of the program comes the world premiere of a work by trombone faculty member Matt Saunders (above, right). Inspired by how Carnival of the Animals depicts various real-life animals, Saunders recruited four student artists from FAA to draw their own imaginary creatures, which would become the focus of his nine-minute tone poem. The result, Gamer Troll Loses Control, is named after one of these creatures, a bridge-dwelling beast who’s obsessed with — you guessed it — video games.

The conductor, who is also FAA’s Director of Education, said the collaboration is a great way to represent the educational programs and the variety of art the organization has to offer. “We’ll have the artwork displayed in the lobby ahead of the concert, so everyone can see how that musically comes together on stage.”

After starting his job in September 2019, Lund Ziegler was just getting settled in when the pandemic hit. But he said that experience “actually gave me an even better opportunity to get to know everybody, because we all had to figure out how to rework what we do and continue to share arts with people in a new way.” Now, a return to in-person performances promises an exciting path forward.

“I’m hoping that with this concert we can celebrate the fact that we can be back onstage, performing and sharing music with the community, and that we’re able to do it at the level we’re capable of and show what our potential really is.”