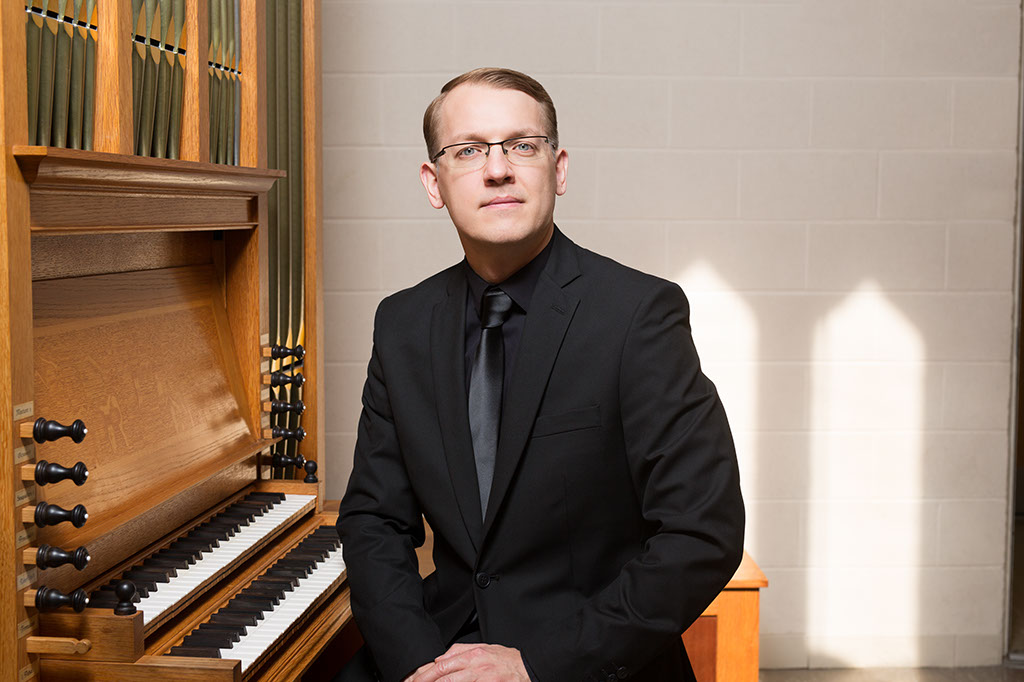 BlueWater Chamber Orchestra’s concert at the Church of the Covenant on Saturday evening, March 5 checked all the boxes for a memorable concert experience.

It lasted 80 minutes and nixed an intermission, developed a clever theme through unusual repertoire (although it didn’t take itself too seriously there), and featured an engaging soloist in organist Jonathan Moyer as well as a communicative conductor in Daniel Meyer, both of whom spoke briefly and informatively without simply recycling program notes.

The performance paid brief but meaningful attention to world events, and instead of fixed ticket prices, admission was on a pay-what-you-will basis. And a clean and attractive printed program told you everything you needed to know. And, by the way, the playing — by musicians who live in Northeast Ohio — was superb, and sounded vibrant in the acoustic of the Covenant nave.

That our region has deep orchestral resources is attested by the fact that on Saturday evening, BlueWater was up against performances by the Akron and Canton Symphonies and the Cleveland Philharmonic (not to mention The Cleveland Orchestra right across the way). There’s plenty of audience to go around too!

Saturday’s theme was “Fantastical Machines,” mainly a reference to the Covenant’s large and complex Aeolian-Skinner organ of some 100 ranks or sets of pipes. Moyer beautifully put it through its paces with the opening work, Walter Piston’s Prelude and Allegro for organ and strings, dating from 1943.

In the Prelude, Piston writes intertwining lines for the lower registers of the organ and strings, and Moyer chose stops that blended so well with the sound of his colleagues that it was difficult to tell them apart. The Allegro is a peppy, rhythmic section that needs close, tight coordination between soloist and orchestra. Moyer, Meyer, and the strings dashed it off with style.

At only ten minutes in length, this handsome piece makes a fine impression and deserves more performances. People may shy away from Piston because they mistake him for an academic composer (he taught at Harvard for 34 years). Antidote: listen to his ballet suite from The Incredible Flutist. 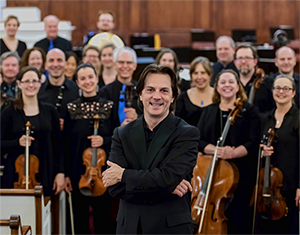 Meyer and the Orchestra gave Moyer a break as they turned to Erik Satie’s ballet score Jack in the Box, arranged by Darius Milhaud from three piano pieces. Satie is, of course, the bad boy of 19th-century French music, and the combination of his cheeky, satirical humor and Milhaud’s colorful scoring made this suite, all of seven minutes long, a perfect entremet in BlueWater’s program.

Versailles organist Jean-Baptiste Robin’s Mechanic Fantasy for Organ, Strings, and Timpani borrows not only its orchestration from Poulenc’s Organ Concerto, but its vivacity as well — often expressed by repetitive rhythmic figures that chug along like machinery. An expressive slow section and a spooky Allegro lead to a demonic toccata (wait — wasn’t that the Dies Irae that just flew by?) A wild, 10½ minute ride.

Haydn’s well-ordered music is the chaser of choice after chaos, and BlueWater’s program restored equilibrium with his Symphony No. 101, subtitled “The Clock” (though not by the composer). Here, BlueWater showed its symphonic creds with clean, well-articulated playing.

In his introduction, Meyer noted that Haydn built a parody of a country ensemble into the trio of the minuet and gave permission to flutist Sean Gabriel to play badly at that point. Gabriel can play in lots of different styles, but incompetence isn’t in his toolbox. No matter, the concert ended with a festive performance of “The Clock” that capped off a delightful evening.

At the other end of the program, Daniel Meyer led BlueWater in noble symphonic arrangements of the State Anthem of Ukraine and The Star-Spangled Banner, played without comment. None was needed.