Berg’s decision to mount the premiere ramped up the usually modest fall opera scenes program considerably. “I normally do a montage of eight to ten small scenes, and I thought, I’ll just match Scott’s piece up with two bigger scenes,” Berg said. Although she’s always promising to make things easier on herself the next time around, the director ended up choosing Act III of The Marriage of Figaro and scenes from Berlioz’ Beatrice and Benedict with spoken dialogue from Shakespeare, all of which share the theme of marriage. “It’s going to be a really wonderful program, although Act III of Figaro has just about put me in the nuthouse,” she said.

In addition to the added excitement of a premiere, Berg’s ambitious plans rode on the wave of an abundance of vocal talent at Kent this fall. “We have 147 students registered for voice instruction this semester, including more graduate students than ever before,” she said.

Another happy coincidence was the availability of an existing stage set. “I went down to the Wright-Curtis Theater to ask if we could re-use the backdrop from their fall production, and they said, why don’t we just leave the whole set up?” 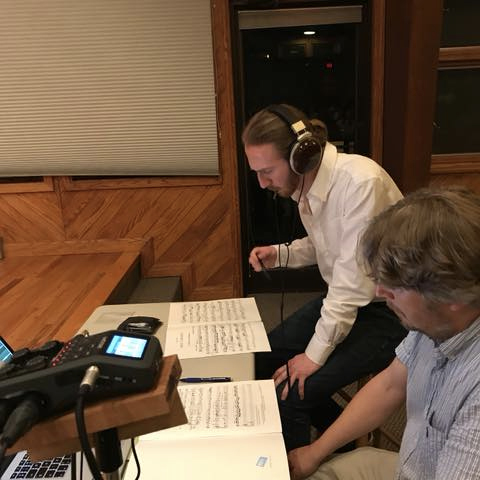 Now a senior at Kent, Scott Little started composing when he was in the eighth grade. But the idea of writing an opera hadn’t occurred to him until his friend Tim Tibbits approached him nearly two years ago. “When an opportunity comes my way, I say ‘yes’ and then I figure out how to do it,” Little said in a telephone conversation.

“Tim loved opera but wasn’t musically trained. I thought it was cool that he was so passionate about the idea of writing one. But he wasn’t just pipe-dreaming — he really had a plan.”

That plan arose from a short story by Kate Chopin published in Vogue on December 6, 1894, under the title The Dream of an Hour, later changed to The Story of an Hour. “It’s extremely short and accessible, but so much happens inside that span of time,” Little said. “Tim worked on the libretto, and we gathered friends and opera-trained people for a reading that summer. Then I started writing the music.”

In the fall of 2017, Little recruited four Kent students and pianists and did a test run of the piece, followed by a professional performance of part of the work by Kent voice professor Tim Culver at the 2018 {NOW} Festival at the Maltz Performing Arts Center in Cleveland. “I felt we had workshopped it enough to take it to Professor Berg,” Little said. “She took a leap of faith and decided to program it in some fashion. I finished writing it over the summer, and here we are.” 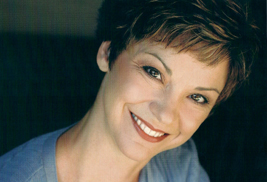 Berg was impressed. Although she has staged only one opera premiere before, Steven Mark Kohn’s Mary Chesnut at Cleveland Public Theater, she took up the challenge bravely. “Scott gave me some ideas, but I’ve taken everything else from the libretto. I’ve tried to make it like real life — not operatic. Just characters living their day.”

Although the rest of this weekend’s program will use piano, Little’s opera is scored for string quartet with oboe and English horn. “I love the sound, and I know how to write for that combination,” he said. He admits that as an oboist himself, he hasn’t been particularly easy on the double reed player.

When we talked, Scott Little had just heard the piece all the way through for the first time. “I was very pleased,” he said, “but I’ve learned that as more and more people are involved in a production, the composer has to step back.”

And after a long gestation period, Little said of his work that “the honeymoon phase is over. The music has to re-impress me. I can no longer like it just because I wrote it.” And for a young composer with an evolving voice, two years is a long time. “There’s music in the production that’s about a year old, and other music I wrote just toward the end. Continuity of style is a challenge. Some moments are more mature and some are more youthful.”

Marla Berg noted that Little’s music is rhythmically challenging, but the score leaves a strong impact. “Don’t give it away, but the ending is the strongest part of the piece and left us all in tears after the first run-through.”

Supported by engagingly, yet simple staging by Cara Consilvio, a well-prepared cast of singers told the archetypal story of Cinderella with charm and flair. Framing the production was  a sparse but colorful set and wonderful lighting by Dave Brooks. END_OF_DOCUMENT_TOKEN_TO_BE_REPLACED

END_OF_DOCUMENT_TOKEN_TO_BE_REPLACED

The music isn’t easy to play, either. Over the course of two hours, all of the musicians brought fantastic focus to the unrelenting tricky rhythms and countless layers of parts, all of which require a high level of individual responsibility. Even in the moments of calm, the accompaniment remains perpetually unsettled. Adams — who made a sprightly presence on the podium — combines minimalist, repeating motives in gradual layers, which eventually become so dense they overwhelm the senses. Lisa Wong deserves special mention for her thorough preparation of the Cleveland Orchestra Chorus, as does Jennifer Rozsa for the Children’s Chorus, which made a brief but memorable appearance in the last few minutes. END_OF_DOCUMENT_TOKEN_TO_BE_REPLACED