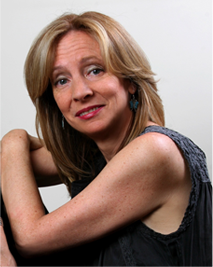 In a year when arts organizations across the globe have looked back on the life of Leonard Bernstein, it’s easy to lose sight of what his centennial might mean to one of his own children.

Jamie Bernstein will give a personal look at the maestro, composer, pianist, and father in “Late Night with Leonard Bernstein” this Sunday, May 6 at 2:00 pm at the Cleveland Museum of Art’s Gartner Auditorium, as part of the Tri-C Classical Piano Series.

“It provides an all-around portrait of my dad, which you wouldn’t necessarily get in a more traditional concert of his works,” Jamie said during a phone interview. “As I say in my narration, it’s like a guided tour inside my father’s insomniac brain. And it has some fun surprises in it too.”

Helping to paint that portrait will be soprano Amy Burton and pianists John Musto and Michael Boriskin. Part music and part storytelling, the free program will draw on audio and film clips, works by Lenny himself, and some of his favorite pieces by other composers: Aaron Copland, Zez Confrey, Noel Coward, Franz Schubert, and Edvard Grieg.

Cleveland is the latest stop in a busy year for Jamie. The narrator, writer, and broadcaster has been traveling non-stop — with some hairy itineraries — to centennial celebrations all over the world.

But more than exhausting, it’s been “pretty darn exciting, I can tell you,” she said. “It’s a thrill. For my brother, sister, and me, it is this amazing and unrepeatable opportunity to remind the world who our dad was and what his contributions were, as well as to introduce him to new generations. He’s not on TV all the time like he used to be when I was growing up.”

To describe her dad, Jamie has been using a word that didn’t exist in his time. “He was so broadband,” she said. “He wasn’t just a conductor, he was a composer. And as a composer he was always pulling down the walls between genres and mixing things up in a new way. His legacy as an educator is astonishing, and hasn’t been duplicated by anyone.”

And there’s more: he was an activist and humanitarian. “He was never afraid to stand up and speak out against injustice and violence, and that has certainly lost none of its relevance,” Jamie said. She pointed to the modern idea of the citizen-artist. “That wasn’t a ‘thing’ back when my dad was doing it — in a way he was the granddaddy of citizen-artists. He’s a role model for artists today who want to make their work part of the world.” 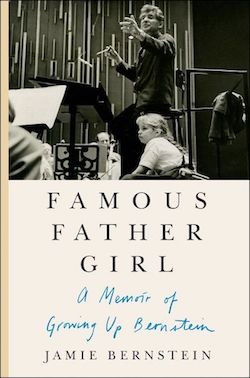 One question Jamie gets asked all the time: what was it was like to grow up with a famous dad? For the long answer, she’s releasing a book in June, Famous Father Girl. “The title is taken from what my 2nd-grade classmate used to call me to tease me.”

The short answer to that question? “It was not boring,” she said. “It was a very exciting, convivial, populous childhood. My parents had tons of friends, and everybody was always over to the house. They were mostly in the arts, so there was a lot of creative energy around all the time — a lot of singing, word games, and charades. My siblings and I would go to sleep at night listening to our parents and their friends having so much fun down in the living room. We could hear them roaring around the piano and screaming with laughter, so it took me a while to realize that being a grown-up wasn’t just all fun and games, because it sure looked that way when I was little. Of course I eventually found out that it’s rather more complicated.”

Families go through many ups and downs, and Jamie’s was no different. “But we had such an intensity of warmth and connectedness,” she said. “That somehow ended up winning the day, and I owe a lot of it to my mother, Felicia Montealegre, who was kind of the family glue. She was the one who had the genius to keep us all connected to each other in this essentially indestructible way. I really give her the credit for that.”

How would her parents respond to what is shared of the family in Sunday’s program? “My father would love it. I think my mother would too, actually — she was a pretty private person, so she might be on the fence about having all of this out in the world. I thought about that a lot while I was writing my book,” she said. “My father was much more of a gregarious person, almost to a fault. He was just out there all the time, as we know. So I think this show would be very much in keeping with his personality — that’s the idea of it, after all.” 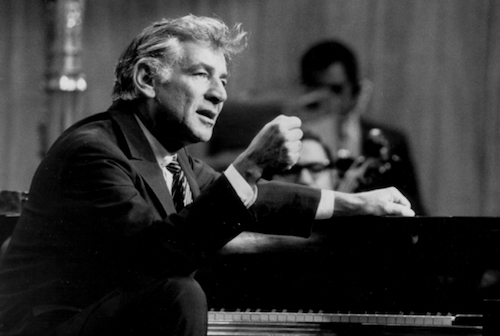 As a narrator of concert programs, Jamie’s work marrying words and sound is not so different from that of a music journalist. “It’s the challenge of challenges to use words to describe music,” she said. “It’s sort of an essentially impossible task, and that’s part of what makes it fun, I think. I so much admire my father’s ability to do exactly that with his Young People’s Concerts, which made such an impact on multiple generations of music lovers.”

Narrating programs around the world, Jamie is routinely told by audience members and musicians alike that her father’s educational concerts are the reason they fell in love with music. “And you know, I’ll bet you a significant percentage of the butts in seats at concert halls today are there because of the Young People’s Concerts,” she said. “Of course every orchestra is scratching its head and wringing its hands trying to figure out how to replace those butts as they slowly die off. I hope they figure out a way — they could really use a guy like my dad right about now. But of course the world is different, and even if we were somehow able to reincarnate him and put him on TV, the impact wouldn’t be the same.”

The simultaneous rise of her father and of the television gave him an extra educational impact. “Back then, everybody in the household sat down together — grandparents, parents, and kids — in front of the single screen in the house, which was in the living room,” Jamie said. “They were all watching the Young People’s Concerts together, so multiple generations felt the effect at the same time.”

Jamie loves to describe that scene to young people today. “I always say to them, ‘So, how many screens do you have in your house? Go ahead, count all the TVs, all the laptops, all the tablets, all the phones — and have you run out of fingers yet?’ And usually they have. It’s a great way of conveying how different the world was back then, and how a single program could affect millions of people at once.”

Even the Super Bowl and the Academy Awards can’t duplicate that. “The kids in the living room are still on their phones the whole way through,” she said. “There is no such thing as everybody watching a single thing on a single screen anymore — it just can’t happen.”

I closed our conversation by asking the engaging Jamie Bernstein if she ever practices public speaking for her narration. “You know, I never have,” she said. Even for the very first project? “For reasons I cannot explain, it felt completely natural. It was just a thing I could do — so there you go.”

The cimbalom was the feature of the show, an instrument capable of taking on many personas. Its performer, Chester Englander, has shaped his career around the instrument, and has inspired composers to write more repertoire for it, some of which was presented on the program. END_OF_DOCUMENT_TOKEN_TO_BE_REPLACED

You wouldn’t expect that acoustic from a glance at the nave, which is wide and long, but not especially lofty. But when I guest conducted a local amateur choir and professional orchestra in Beethoven’s Mass in C there a few years back, during the first rehearsal we released the final chord of the “Gloria” and listened in astonishment for the next several seconds. The sound continued to roll down the space like the big wave that surfers dream about. END_OF_DOCUMENT_TOKEN_TO_BE_REPLACED