The piece embellishes an Irish folk tale from County Mayo as told by Samuel Lover and collected by William Butler Yeats. Predictably fantastical, the story centers around a beautiful woman whose fiancé, a king’s son, is murdered and thrown into a lake. The grieving bride eventually disappears (the work of fairies?) about the time villagers notice a strange white trout in the water. 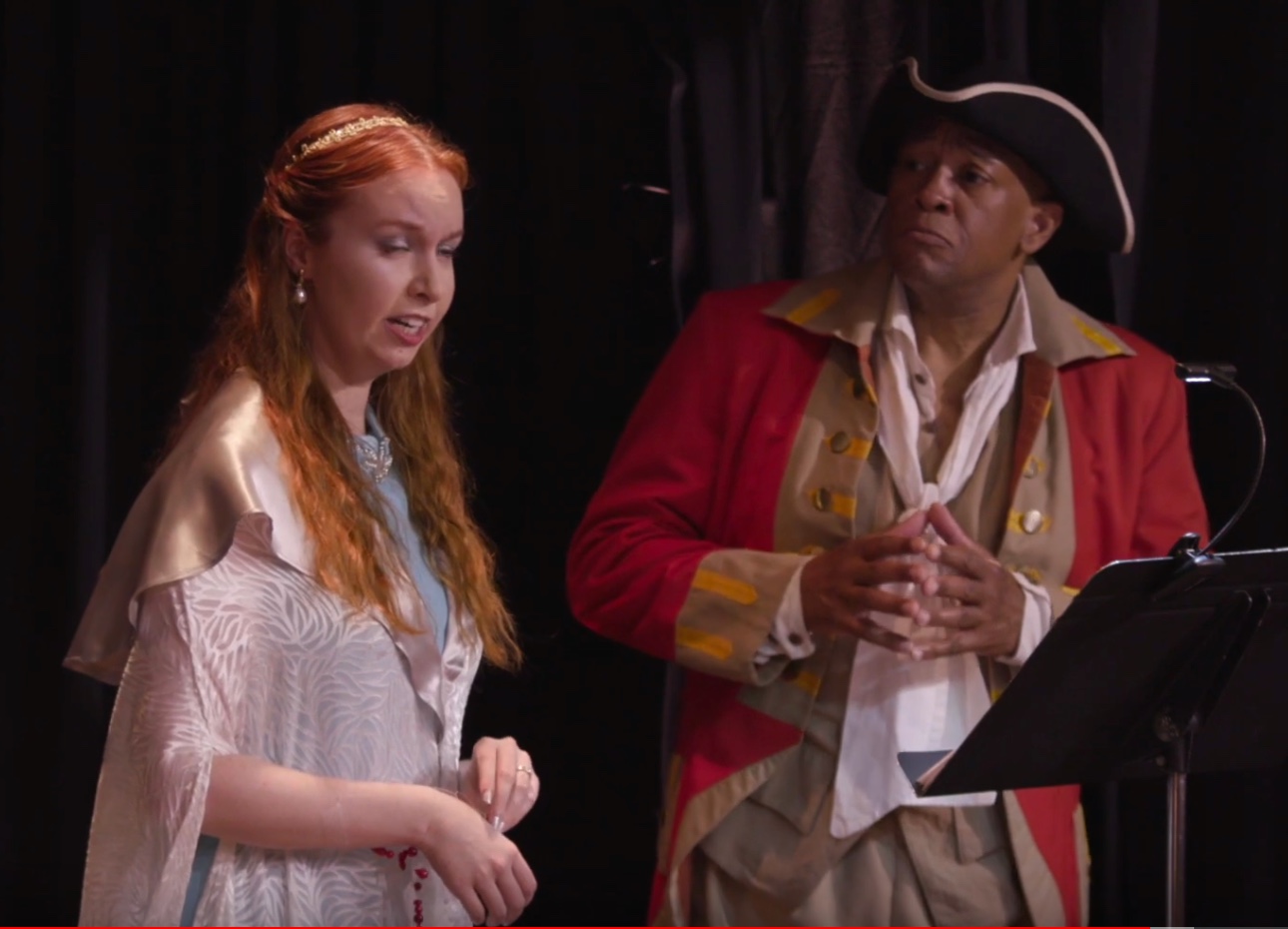 A hungry soldier catches the fish and tries to cook it, but the trout cries out and remains untouched by the heat of the frying pan. He tests it with a knife, and it leaps onto the floor, to be replaced by a beautiful woman with a bleeding arm.

In the denouement, the woman begs to be returned to the lake, whereupon she turns back into a trout and the soldier swears to live a virtuous life. 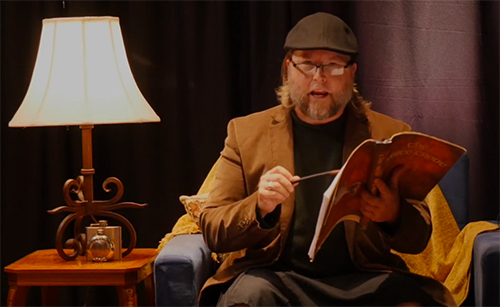 The video is very much an extended family production, featuring the brilliant soprano Gabrielle Haigh as the lady, and Scott Haigh as the bassist. Frequent collaborators Ty Alan Emerson (as the very Irish narrator) and pianist Randall Fusco join the ubiquitous and splendid baritone Brian Keith Johnson (as the soldier), and instrumentalists  Jessica Sindell (piccolo) and Parker Ramsay (harp) to fill out the ensemble. 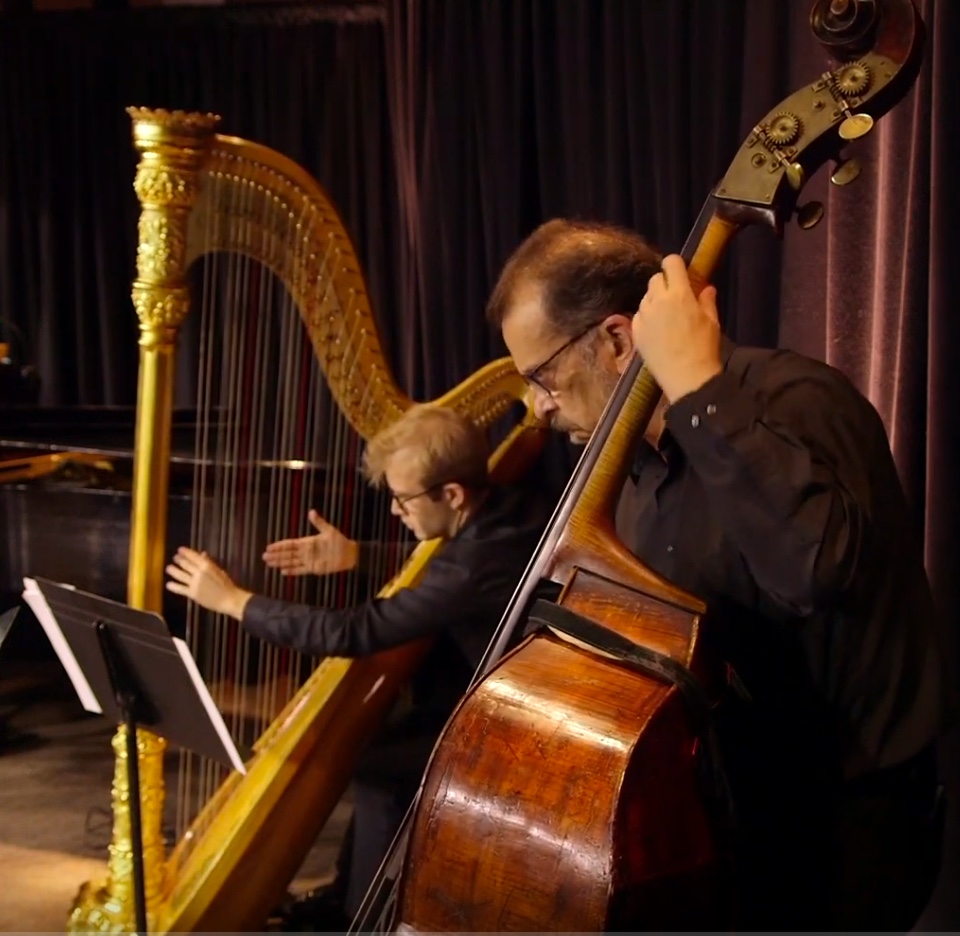 Griebling-Haigh’s music, a combination of attractive vocal episodes and brief interludes between narration, is winsome and atmospheric, adding just enough Celtic references to the mix to set the scene, but remaining elusive and magical. The singing and playing are first-rate.

The tale unfolds on the stage of The Music Settlement’s Bop Stop, with masterful videography and editing by Ken Wendt and production and lighting by Martins Daukss. 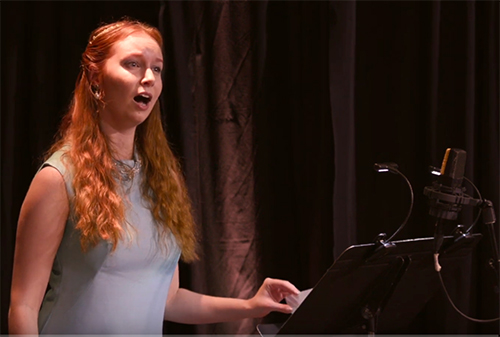 The White Trout succeeds on two levels: it’s perfectly accessible and enjoyable for children, yet musically sophisticated enough to appeal to adults who can set aside the real world for half an hour and immerse themselves in a charming fantasy. A good thing to be able to do these days.

The cimbalom was the feature of the show, an instrument capable of taking on many personas. Its performer, Chester Englander, has shaped his career around the instrument, and has inspired composers to write more repertoire for it, some of which was presented on the program. END_OF_DOCUMENT_TOKEN_TO_BE_REPLACED

You wouldn’t expect that acoustic from a glance at the nave, which is wide and long, but not especially lofty. But when I guest conducted a local amateur choir and professional orchestra in Beethoven’s Mass in C there a few years back, during the first rehearsal we released the final chord of the “Gloria” and listened in astonishment for the next several seconds. The sound continued to roll down the space like the big wave that surfers dream about. END_OF_DOCUMENT_TOKEN_TO_BE_REPLACED