“It’s relatively easy to play, there’s a massive amount of accessible but intellectually interesting music that’s been written for it, and most of that is consort music to be played with friends,” Meints said in a conversation in her Oberin studio. “And in consort music, all parts are equal,” she added, noting that a great deal of the repertoire was written in England during the transition from a hierarchical to a democratic society. No player in a viol consort dominates the texture like the first violinist in a string quartet often does.

Meints’ own introduction to the viol came through Caldwell. They met after her graduation from Eastman when both were playing in the short-lived but celebrated Philadelphia Chamber Orchestra. Although her husband-to-be was the orchestra’s principal oboe, he had developed an interest in the gamba and imported a “chest” of five of them from Germany so he could join his fellow musicians in social chamber music.

In the early 70s, Caldwell and Meints relocated to Northeast Ohio where he took a position as oboe professor at Oberlin and she won a cello audition for The Cleveland Orchestra. In the summer of 1972, they jointly launched the Oberlin Baroque Performance Institute and began amassing their distinguished collection of instruments. Caldwell died in 2006, the same year Meints retired from the Orchestra. 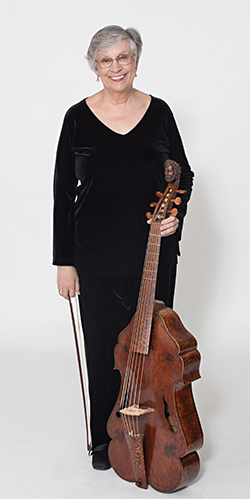 Early in their Oberlin years, Caldwell and Meints organized a performance of all of Purcell’s Fantasias. “It’s a monument of polyphony similar to Bach’s Art of Fugue,” she said, explaining that the 21-year-old composer spent two weeks writing them during August of 1680 as studies in counterpoint. “He was a genius. Every one of the fantasias features some amazing contrapuntal device and uses harmony in expressive ways.”

Unfortunately, Purcell’s outstanding contribution to the viol consort repertoire came at the end of a musical era. Twenty years earlier, King Charles II returned from a visit to the French court and updated his musical establishment with a modern orchestra of violins, signalling the beginning of the end of the viol consort.

Blessed with six accomplished current and former students in the area, Meints now finds herself in the position of being able to mount another performance of the Purcell Fantasias. “This is my last year at the Conservatory, and it’s something I’d really like to do.”

On Friday, Meints will raise bows with alumni Rebecca Landell Reed, David Ellis, and Ruby Brallier, and current students Nick Schrantz, Margaret Klucznik, and Luka Stefanovic, in a 50-minute, straight-through performance of the 15 Fantasias, including the famous Fantasia upon one note, and culminating in two In Nomines for six and seven viols.

Meints is especially happy to perform with musicians who understand her own playing style, which she describes as “contrapuntally polite — getting out of the way when someone else has an important role in the texture — and playing with similar expression. The sound is really important. I like both clarity and color.” 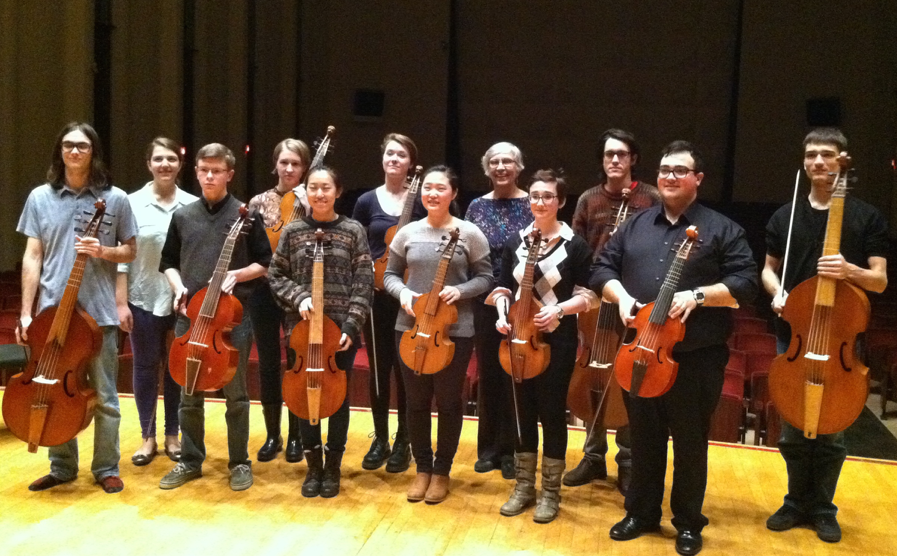 Over the years, Catharina Meints has helped make Northeast Ohio an important hub in the gamba world. She serves on the board of the thousand-member Viola da Gamba Society of America, which holds annual conclaves, gives lessons, and maintains a collection of a hundred viols to loan out as starter instruments for those who are beginning a love affair with the instrument and are attracted to its repertoire. “Most of the music is five minutes long and not as thorny as Purcell. And people can play it for years without much physical prowess,” she said.

The Purcell concert on September 13 will be live streamed from Kulas Recital Hall. View the program and watch the webcast here.