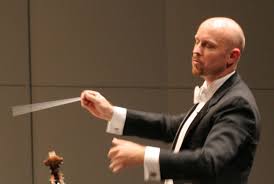 Like nearly every performing arts organization in the world — especially those reliant on vocalists — Ohio Light Opera had to “improvise” during the pandemic. Returning to live performances on Saturday, June 18 at 7:30 pm in Freedlander Theatre in Wooster, the company will launch its 2022 season with Rodgers & Hammerstein’s Cinderella. Tickets are available online. Click here to view a season calendar.

On opening night, the person guiding the performance from the orchestra pit will be conductor Michael Borowitz. A Pennsylvania native and graduate of the Cleveland Institute of Music, Borowitz serves on the faculty at Louisiana State University and is the artistic director of Opéra Louisiane.

He has served as artistic Director of Nevada Opera, and has been on the podium for La Musica Lirica, Des Moines Metro Opera, AVA Ballet, and Opera Columbus, to name a few. His repertoire ranges from the traditional titles of Puccini and Rossini to contemporary scores. And for five seasons he was Music Director for Ohio Light Opera.

We caught up with Borowitz by telephone and began our conversation by asking him how it feels to be back at OLO after more than a decade’s absence.

MB: It’s been twelve years since I’ve been here — I’m not so happy to be twelve years older, but it is really great to be back.

MT: What is it about OLO that made you say “I want to come back?”

To be honest, with my jobs in Baton Rouge, OLO took up whatever spare time I had. But what I missed over those twelve years is the festival atmosphere. I missed the brisk pace and I look forward to working with all of the really talented young people. And of course I love the music, it really speaks to me.

I was lucky, because they had two wonderful conductors in J. Lynn Thompson and Steven Byess. So it was kind of fortuitous when they decided that they wanted to focus their energies in different places that the position opened up. And I’m so happy that Steve (Daigle) thought of me.

MT: When I spoke to Steve he told me: “We need to have conductors that love the art form and Michael definitely does.” What is it about the repertoire that makes you love it so much? 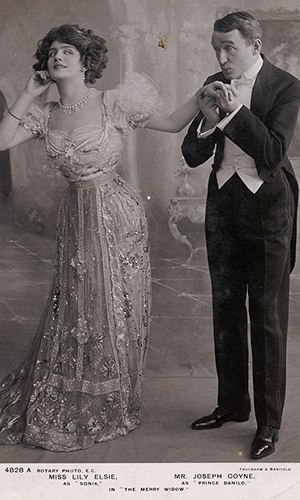 MB: I wish I could pinpoint the moment in my life when I realized that it had a special place for me. But it was early on in my career when I got to do my first Merry Widow. That was when I fell in love with that era of European Operetta. And then, when I started to delve into all of it, I realized just how much fun it was. I can’t explain it, but that Merry Widow was the thing that revealed it to me.

MT: How do you see the relationship between the conductor and the stage director?

MB: The great thing about directors like Steve is that he understands what the singers need from him onstage. And what the audience wants to see — he’s a master at creating beautiful pictures. And my job  is to make sure that the singers never have to worry about anything else. They can rely on us to be with them and support them as they go.

MB: It’s the same story in a different genre. I’ve done the Massenet and the Rossini, and I often find that legitimate musical theater and operetta is more complicated and more difficult to get right. Opera composers like Massenett had a grasp of the color that he wanted, but it is orchestrally centered.

There are a lot more moving parts in a musical theater piece like Rodgers and Hammerstein’s Cinderella that requires another set of skills. You need to be more flexible and more collaborative with what is happening onstage rather than leading what’s onstage. There is so much give and take in something like this that it requires a lot of trust with the orchestra, and trust that the singers know what is happening in the pit.

There are so many great numbers in this piece. Rogers and Hammerstein knew exactly what they were doing.

MT: I didn’t realize that the show was written for television.

MB: It was, and it really started an entire era of that kind of thing. But those orchestras back in the day — the NBC orchestra was full of some of the most accomplished musicians. And when you look at those scores, they are difficult because they were written with those players in mind.

Television is something that touches everybody, and although OLO reaches a lot of people, there are a lot of people who cannot attend. So to be able to see a staged performance on television is a pretty good substitute. That’s how I learned G&S when I was a small child. PBS would air those great shows, and that’s what got me hooked. 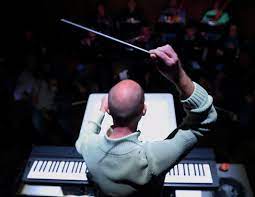 MB: It’s been a mainstay of OLO for some time. Like Maytime with Jeanette MacDonald, Nelson Eddy it’s a romantic story about thwarted love, duty, and missed opportunity. And when the audience hears the young people singing about enjoying life while you can, that and the music give them a sense of nostalgia.

What’s great about the score is that it is so lively. But you do have to be careful with scores like that because the more seriously you treat it, the more static it becomes. It has to stay youthful, vibrant, and lively. And I’m excited because this will be my first Student Prince.

MT: Your third production will be Franz Lehár’s The Mock Marriage which is also a premiere for the company.

MB: I knew nothing of the operetta when Steve mentioned it, but I have really loved getting to know it and I’m surprised that it doesn’t have more of an audience in the modern repertoire. There are so many great operatic references in the show and it makes fun of all of them. It’s also a great modern twist in love — the fighting of the sexes.

MB: Like The Merry Widow, Act I is moderate, maybe 45 minutes. Act II is probably about an hour, and Act III wraps things up rather quickly. It is a full evening but not a Wagner full evening. Lehár makes a lot of fun of Wagner in it —  there are some quotes that I’m sure the audience will love.

MT: Is there anything else that you’d like to tell me?

MB: Just that it’s good to be back with real people in the audience. You want that immediate satisfaction of pleasing somebody. And the OLO audiences are ravenous for this repertoire and they are not shy about expressing that. So why wouldn’t you enjoy yourself in that moment?  And I know the company is doing everything to keep everybody safe and healthy..

END_OF_DOCUMENT_TOKEN_TO_BE_REPLACED

The strings-only work by Berg has made relatively frequent appearances on the Orchestra’s programs. In 2021, the musicians recorded it for the In Focus series, and it appeared again on last year’s European tour. Friday’s rendition maintained the group’s characteristic light and effortless playing, each section blending as much as possible to echo the work’s original form as a string quartet. At fifteen minutes total, the piece is quite short, but the dense encoded musical meanings require some extra-attentive listening. Splitting up the three movements ensured that each one could be appreciated on its own. END_OF_DOCUMENT_TOKEN_TO_BE_REPLACED