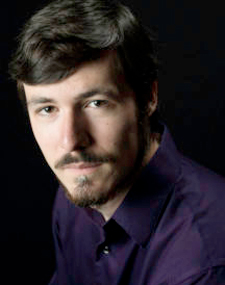 “I cannot sing Mozart and not have it be fun,” bass-baritone Daniel Fridley said during a telephone conversation. “His music has so much buoyancy, and is full of long, smooth musical lines that just pull you along.”

This week at the Cleveland Institute of Music, Fridley will sing the role of the conniving Don Alfonso in CIM Opera Theatre’s production of Mozart’s comic opera Così fan tutte. Performances run from Wednesday, March 1 through Saturday, March 4, beginning at 7:30 pm.

Così fan tutte, which is often translated as “all women do the same,” is the third of three operas Mozart composed with librettist Lorenzo da Ponte. The plot centers around the soldiers, Guglielmo and Ferrando, and their respective brides-to-be, Fiordiligi and Dorabella. Both couples are happily in love — that is until Don Alfonso appears and tells the soldiers that when given the opportunity, all woman will be unfaithful. He then wagers a bet with the officers, saying that he will prove his theory to be true.

“Don Alfonso is a mysterious friend of Guglielmo and Ferrando,” Fridley said. “He’s older, but the opera doesn’t specify how much older. When he appears he’s very shaded, and there’s clearly something in his past that’s bothering him. For some reason he doesn’t think that women can ever be faithful, and he sets out to prove that he’s right.”

Regarding his character’s age, Fridley said that director David Bamberger is presenting Alfonso as an older man with expanded girth. “He hasn’t lived too much of a rigorous life,” the bass-baritone said. “Walking around onstage in a fat suit forces me to lean backwards, and approach things a little slower and with less energy.”

Fridley compared his character to that of Figaro in Mozart’s Le nozze di Figaro, a role he has performed at CIM. “In a sense, the two characters are alike in that they both scheme and hatch plots, but Alfonso’s work a lot better. Even though his plans are foiled at a few turns by the women, he keeps trying to figure out how to make what he knows will happen, happen.”

While Mozart’s and da Ponte’s Così is set in Naples, Italy around 1790, for this production, David Bamberger has moved the action to Naples, Florida in the 1970s. “It’s a lot easier to interpret Alfonso’ sleazy manipulations in the ‘70s, a time when propriety was much looser,” Fridley said. “It lends credibility to Alfonso’s actions, and to the reactions of the other characters.” 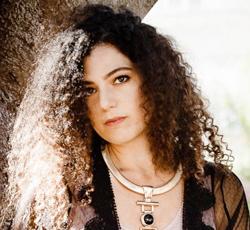 Mezzo-soprano Merav Eldan, who will sing the role of Dorabella, agrees that staging the opera in the 1970s is making it easier for her to understand her character’s motivations. “She’s a girl in her early 20s who is going through the process of finding her liberty and making her own choices when it comes to the two men,” Eldan said during a recent interview. “Although I always wish that Dorabella would end up with Guglielmo instead of Ferrando,” she said with a laugh. “But that would be a different story.”

Like Fridley, Eldan finds that the plot of the opera does not reveal a lot about her character’s background. “We don’t actually know much about the different characters. All we have is this one specific moment,” she said.  “This is very different from the way Mozart and da Ponte did things when they wrote Figaro, for example.”

In order to get inside Dorabella’s mind, Eldan said that she did make up a short back story. “I didn’t create one with lots of small details, but you can learn a lot about her through her relationship with Guglielmo. Mozart’s music also gives you lots of clues into her personality. I think from her point of view, she is the one making the decisions, when actually it is Don Alfonso.”

Is Eldan having fun with the character? “Yes! Of all the roles I’ve done I’m enjoying this one the most. In a way, I find her easier to relate to. I was the Princess in Puccini’s Suor Angelica, which was so heavy, but this is a very different world. It’s musically fun as well. Mozart has written it in such a delicate way that you want to make beautiful musical choices.”

The cimbalom was the feature of the show, an instrument capable of taking on many personas. Its performer, Chester Englander, has shaped his career around the instrument, and has inspired composers to write more repertoire for it, some of which was presented on the program. END_OF_DOCUMENT_TOKEN_TO_BE_REPLACED

You wouldn’t expect that acoustic from a glance at the nave, which is wide and long, but not especially lofty. But when I guest conducted a local amateur choir and professional orchestra in Beethoven’s Mass in C there a few years back, during the first rehearsal we released the final chord of the “Gloria” and listened in astonishment for the next several seconds. The sound continued to roll down the space like the big wave that surfers dream about. END_OF_DOCUMENT_TOKEN_TO_BE_REPLACED