In a recent phone conversation, Brouwer described her newest work about Lake Erie’s beauty, but also about its serious environmental problems. I reached her at Interlochen, which she called “a great place to compose.” Brouwer explained her process of creating Voice of the Lake. She’s been working on it for over a year and said it’s “3/4 complete.”

The natural world is a constant source of inspiration for the composer. “A lot of my music is environmental,” she said. “One of my very first orchestra pieces — which you can’t even find anymore because it’s more of a student piece — was called Third from the Sun. It’s all about the Earth. In the first movement, ‘The Forest Breathes,’ I was trying to convey the sound of leaves rustling when you walk through the woods.” With Voice of the Lake, Brouwer will focus less on the sounds of nature and more on its corruption by human activities.

“The creation of the work started with my personal wish for Lake Erie to be clean,” said the composer. “The more I researched the Lake, I found that it’s important in many ways.” She said that Lake Erie is not only a major shipping channel, but also an important ecosystem and a source of drinking water for 11 million people. The Lake’s all-encompassing qualities were driving creative forces for Brouwer. 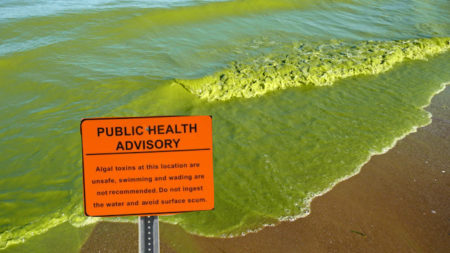 Another important point of reference for the composer was the 2014 algal bloom crisis in Toledo. “It’s serious stuff — you couldn’t bathe in the water, let alone drink from it, because the algae causes liver damage. But these issues aren’t limited to Northeast Ohio — this kind of water pollution is happening everywhere.”

The composer meticulously researched Lake Erie, reading newspaper articles, participating in forums in places like Sandusky, and talking with government officials and leaders of nonprofit environmental organizations. “I’ve had really interesting conversations with these people,” she said. The connections she’s made with have led to a series of events and discussions to be held in conjunction with the work’s premiere. There will be a panel discussion on October 21 at 2:00 pm at the Main Branch of the Cleveland Public Library, with speakers from the Northeastern Ohio Sewer District, Doan Brook Watershed Partnership, and the Nature Center at Shaker Lakes.

Voice of the Lake will be performed at the Breen Center in Ohio City at 3:00 pm on November 12 by the Cleveland Institute of Music Children’s Choir, Oberlin Musical Union, and Brouwer’s own Blue Streak Ensemble — which she calls “the best instrumentalists in town!” Soprano Angela Mitchell will sing the role of Madeleine, a girl who’s worried about the state of the Lake. Mitchell will be joined by mezzo-soprano Merav Eldan and tenor Brian Skoog. Blue Streak will perform under the baton of Domenico Boyagian.

The piece is an oratorio, and Brouwer has plans to make it into a musical or opera. “Madeleine loves everything about the lake — seeing children playing in the water and the sun sparkling over the waves, like me,” the composer said. “The first part of the piece is about the good aspects of Lake Erie.” 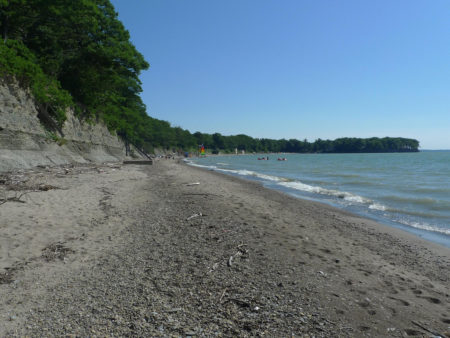 The second section takes a darker turn, touching on local water pollution issues. “Some of this part is about public hearings and the battle with the Army Corps of Engineers and concerned citizens about the dredging of the Cuyahoga River. There’s also a part about the various runoff problems causing the toxic algal blooms. I’ve talked with some environmental groups as well, and they will be mentioned in the piece,” Brouwer said. This portion of the piece will also include Rep. Marcia Fudge’s comments in opposition to the Corps’ project. “I’d love to talk to her about her comments. I’m trying to schedule a meeting with her office.”

The third part is a cliffhanger. The composer is incorporating the various perspectives and voices in the environmental debate, creating a true-to-life scenario. “There are some people who support Madeleine and her hope to clean up the Lake, but there are those who think of it mostly as a shipping channel, or who have only thought of it as a place to dump waste, which is shocking to me because it all comes back through our drinking water.” How will it all end? Will the Lake be saved, or will the water be permanently poisoned? I tried to get an answer, but Brouwer said that people will just have to come see the performance.

Though Brouwer wrote most of the libretto, she also included settings of Lake Erie-inspired poetry by David Adams. “He’ll be doing a reading about the waterways at Lucy’s Sweet Surrender Bakery in Shaker Heights,” which will take place on October 28 at 2 pm. 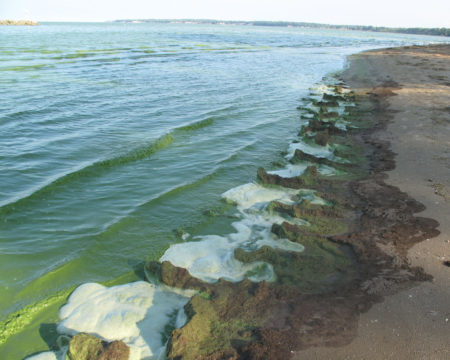 Does Brouwer consider herself to be an environmentalist? “I really consider myself a composer, but I’m learning more about the environment every day,” she said. “I’ve always been a nature girl.”

Though she may not be an outright environmentalist, she is certainly environmentally minded. “It’s amazing to me that so many people don’t think about the environment. I think it’s our job as human beings to take care of the Earth. I can’t imagine that anyone doesn’t want to keep it beautiful.”

There will be a workshop performance of Voice of the Lake at Cleveland Institute of Music on October 1 at 2:30 pm, if you’re really eager to hear how the saga ends.

END_OF_DOCUMENT_TOKEN_TO_BE_REPLACED

What was that strange din coming over the live feed from Ludwig Recital Hall on Friday evening, July 23, as the Miami String Quartet filed onstage to play the third faculty recital of the Kent Blossom Music Festival? Accustomed as we were during the pandemic ban on live audiences to hearing the sound of no hands clapping, it was both startling and thrilling to witness a large crowd putting their hands together to welcome one of the Festival’s perennial favorites back for an in-person performance. END_OF_DOCUMENT_TOKEN_TO_BE_REPLACED

Practical reasons aside, there aren’t many ensembles who can put together an all-Mozart evening as elegantly as The Cleveland Orchestra. END_OF_DOCUMENT_TOKEN_TO_BE_REPLACED