Cuyahoga Arts and Culture has awarded a $5,000 challenge grant to the Blue Streak Ensemble toward production costs of a professional video recording of Margaret Brouwer’s Voice of the Lake, to bring her oratorio about Lake Erie’s ecological challenges to a wider audience. Matching donations must be received by September 19. The revised oratorio will be performed at the Cleveland Institute of Music on October 19.

Enjoying the natural beauty of Lake Erie has always been part of composer Margaret Brouwer’s life — she grew up spending summers at her family’s lake cottage in Huron. But when dangerous levels of algae blooms in the Lake’s western basin caused a water crisis in Toledo in 2014, the ensuing national conversation about environmental pollution and the state of the country’s drinking water became the source of inspiration for Brouwer’s latest composition, Voice of the Lake.

The four-part oratorio will have its world premiere this Sunday, November 12 at 3:00 pm at the Breen Center for the Performing Arts.

END_OF_DOCUMENT_TOKEN_TO_BE_REPLACED

In a recent phone conversation, Brouwer described her newest work about Lake Erie’s beauty, but also about its serious environmental problems. I reached her at Interlochen, which she called “a great place to compose.” Brouwer explained her process of creating Voice of the Lake. She’s been working on it for over a year and said it’s “3/4 complete.” END_OF_DOCUMENT_TOKEN_TO_BE_REPLACED

Composer Margaret Brouwer curated a fascinating playlist for the most recent concert by her Blue Streak Ensemble. At Heights Arts on October 13, the seven musicians wrapped a celebration of the 50th anniversary of the Bascom Little Fund and a remembrance of the victims of 9/11 into a single program, “Looking Back.” END_OF_DOCUMENT_TOKEN_TO_BE_REPLACED 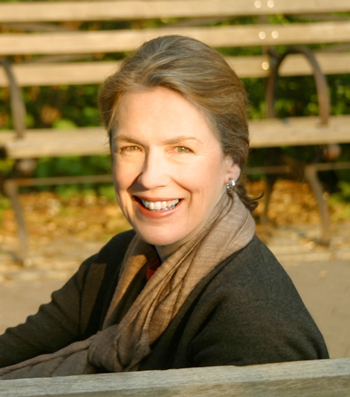 It’s been interesting to watch the evolution of composer Margaret Brouwer’s Blue Streak Ensemble over the past few years. Unlike many composers who form groups for the sole purpose of bringing their own compositions and arrangements to the public, Brouwer has been guided from the beginning by the mission to present her music alongside that of other living composers, as well as those from the past. On Sunday afternoon, March 15 at Fairmount Presbyterian Church, Brouwer realized her mission in a beautifully programmed concert featuring three of her own works, one arrangement, and pieces by two giants of the classical music canon. The concert was splendid from start to finish. END_OF_DOCUMENT_TOKEN_TO_BE_REPLACED 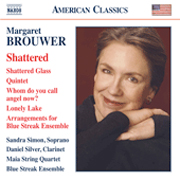 Margaret Brouwer’s immense prowess as a composer is in full evidence in her Quintet for Clarinet in A and String Quartet (2005), which is masterfully performed by the Maia String Quartet – Tricia Park and Zoran Jakovic, violins, Elizabeth Oakes, viola, Hannah Holman, cello and clarinetist Daniel Silver. In her informative liner notes, Brouwer describes the work as “a musical experiment to see whether the overlaying of different cultural influences can add to and enhance each other.” For example, during the opening movement she inventively layers musical quotes from Christian hymns with an imitation of the Muslim Call to Prayer. END_OF_DOCUMENT_TOKEN_TO_BE_REPLACED 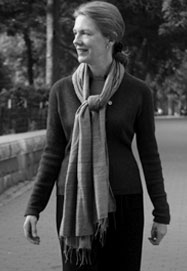 “We’ve played at Nighttown before and I really love playing there. It’s sort of like the way chamber music was originally conceived,” composer and Blue Streak Ensemble founder Margaret Brouwer said in a recent telephone conversation. “In the days before television and Internet, people would go to each other’s homes and entertain each other with a meal and musicians would play the latest music. I think Nightttown is like that. The people are enjoying a meal and a glass of wine. I just really like it for chamber music so I look forward to performing there again.”

On Thursday, March 13 beginning at 8:00 pm at Nighttown, Brouwer and her Blue Streak Ensemble will present a concert featuring the music of J.S. Bach, Brouwer, Bond, Ravel, Debussy and Desmond.

Formed in 2011 to launch a concert series along the shores of Lake Erie, Brouwer named the ensemble after The Blue Streak, Cedar Point’s famed roller coaster. Brouwer is dedicated to presenting concerts with an eclectic array of the latest, most interesting and expressive, and most exciting new music. Her mission is to show the connection between the rich music of the past and recently written new music. END_OF_DOCUMENT_TOKEN_TO_BE_REPLACED 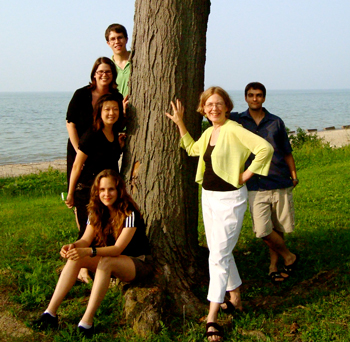 Brouwer designed Blue Streak as an ensemble that would play summer concerts on the Lake (it gets its name from the famous roller coaster at Cedar Point) as well as a vehicle for performing her own compositions and arrangements of works by other classical composers (above: the 2012 ensemble). The personnel changes a bit from season to season. Monday’s group included Jinjoo Cho, violin, Irwin Shung, piano, Maaike Harding, cello, Sarah Beaty, mezzo-soprano and Robert Davis, clarinet, who played three contrasting pieces by Brouwer, plus movements from a suite by Milhaud, Brouwer’s arrangement of a well-known Rossini aria, Dvořák’s own arrangement for cello and piano of his Silent Woods, a duo for clarinet and bassoon attributed to Beethoven repurposed for clarinet and cello, a virtuosic cello piece by Turtle Island Quartet cellist Mark Summer, and three arias from Porgy and Bess, two of them in virtuosic violin and piano arrangements by Jascha Heifetz written for recital encores. END_OF_DOCUMENT_TOKEN_TO_BE_REPLACED

Composer Margaret Brouwer’s Blue Streak Ensemble will return to the shores of Lake Erie for its second summer season, with a concert in Hoover Auditorium at Lakeside on Tuesday, July 16 at 8:15 pm and an indoor preview at Nighttown in Cleveland Heights on Monday, June 15 at 7. The performances include the world premiere of Browuer’s new work for voice, violin, cello, clarinet, and piano, Deserted Delphi Veiled in Mist.

Founded in 2011, Blue Streak comprises young professional musicians from around the globe who trained at the Cleveland Institute of Music (left, the ensemble in 2012). The current personnel includes violinist Jinjoo Cho, pianist Irwin Shung, cellist Maaike Harding, cello, mezzo-soprano Sarah Beaty, and clarinetist Robert Davis. When not performing locally, the ensemble tours the country offering innovative programming of repertoire that spans 400 years and includes many of Brouwer’s own acclaimed compositions. Blue Streak will be playing at Symphony Space in New York in April of 2014.

The original impetus for creating Blue Streak was to perform Brouwer’s Lonely Lake, a work commissioned from her a few years ago, Brouwer said in a telephone conversation. “I also formed the group because for years I had thought it would be fun to have an ensemble that would perform classical and newly composed works at the resorts along the shores of Lake Erie. I felt that was a real need.” END_OF_DOCUMENT_TOKEN_TO_BE_REPLACED