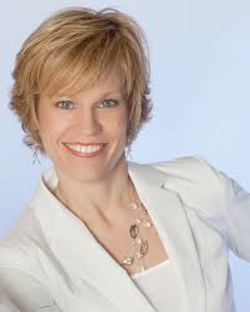 Pianist Lura Johnson returned to her hometown of Oberlin Sunday to play an intriguing and delightful program of the “first pieces” of four composers. Titled “Opus One: Something to Prove,” the program included first published piano works by Alexander Zemlinsky, Alban Berg, Dmitri Shostakovich, and Johannes Brahms. The concert was presented in the meeting house of First Church in Oberlin (1834), part of an initiative by the church to revitalize the historic use of the facility as a community space.

Johnson, a student of Leon Fleisher and Robert McDonald, has an active career in the Baltimore area, in part as principal pianist for the Delaware Symphony and pianist of choice for the Baltimore Symphony. She currently teaches at Peabody Conservatory and has just taken a position as pianist and general manager of the innovative Washington, D.C. chamber group PostClassical Ensemble.

Three of the four works on Johnson’s program were written around the turn of the century. The first, Zemlinsky’s Ländliche Tänze is a set of miniatures in the dance form of the Ländler, a triple-meter peasant dance of the 18th-century that is thought to be a predecessor of the waltz. Hints of its folk origins inhabit the sturdy rhythms of these eleven sketches, but the general tone is more urbane than rustic. Clearly, the young Viennese composer was aiming for a sophisticated variety of affect more than a picture of a day with the farmfolk. Johnson — a competitive swing and ballroom dancer as well as pianist — brought to these dances a lovely lilt, gracing Zemlinksy’s rhythms with her own clear sense of balance and lift.

The second Opus One in the program, written in Vienna only a decade later than the Zemlinksy, was a completely different experience. The young Alban Berg was a student of Schoenberg, and in writing his Sonata in B Minor, he obviously had something to prove to his formidable master. The result is a late Romantic sonata with sharply modernist clamor. Berg is on the way to rejecting tonality, but that rejection never takes form in this sonata, which sounds suspiciously like Brahms, but a Brahms strangely on the edge of modernism. It’s a fascinating work, anxious and jittery with moments of lyrical melodiousness. Johnson was in full control of its fiercely difficult accidentals and its intricate fugal moments.

The third Opus One was from the teenage Shostakovich — three “Fantastic Dances” from 1922. These are whimsical short pieces, full of character, not terribly serious in comparison to the later Shostakovich. Even so, with prescient ears one can hear in them something of the ironic contrasts of his later, more overtly political and skeptical works.

After a brief intermission, Johnson returned to play Brahms’s first piano sonata in C, a piece he wrote at age 20, and with which he captivated his idol Robert Schumann. Enchanted with this young protégé, Schumann arranged for the work’s publication and hailed Brahms as the savior of German music. As Johnson pointed out in her informative spoken program notes, this success nearly paralyzed the young Brahms, who was shy, serious, and highly anxious about the enormous precedent of Beethoven — a daunting thought for any German composer.

The Sonata demonstrably has “something to prove”: it declares its composer to be Beethoven’s heir with obvious reference to the master, and at the same time develops the lush, complicated texture that we recognize as later Brahms. Of all the pieces on this program, this is more than merely “opus one.” It’s a real musical achievement as well as a promise of more to come. Johnson approached the sonata with vigor, engaging Brahms’s energy at all points. The scherzo was particularly wonderful, with its lightning-fast pickups and overall sense of drive.

The free, afternoon recital was well-attended, with a good number of young people in the audience — appropriately for a concert of music by young composers. After a warm ovation, Lura Johnson returned to play an encore, Mozart’s Köchel No. 1, written at the age of 6. As she said, it’s “baby Mozart,” but that baby was no slouch of a composer!

The Cleveland Orchestra — or at least half of it — marked Valentine’s Day with a straight-through, 50-minute concert led by Belgian early music guru Philippe Herreweghe. The February 14 performance, marketed as a romantic evening of orchestral classics, played to a packed house (marketing works!). END_OF_DOCUMENT_TOKEN_TO_BE_REPLACED

Music is said to be a universal language, but it does speak with different accents. When you’re playing music by Jean Sibelius, it’s helpful to have a Finnish conductor on the podium, which is what made Susanna Mälkki’s pair of Cleveland Orchestra concerts so lucid and communicative earlier this month. END_OF_DOCUMENT_TOKEN_TO_BE_REPLACED

END_OF_DOCUMENT_TOKEN_TO_BE_REPLACED

Today’s touring string quartets hew to so uniformly high a standard that it’s often little individual touches that make ensembles stand out. The Polish musicians who make up the Apollon Musagète Quartet showed up at Plymouth Church in Shaker Heights for their debut on the Cleveland Chamber Music Society series on February 4 in matching plaid suits and black shirts. And jettisoning their jackets, they played standing (except for the cellist). END_OF_DOCUMENT_TOKEN_TO_BE_REPLACED