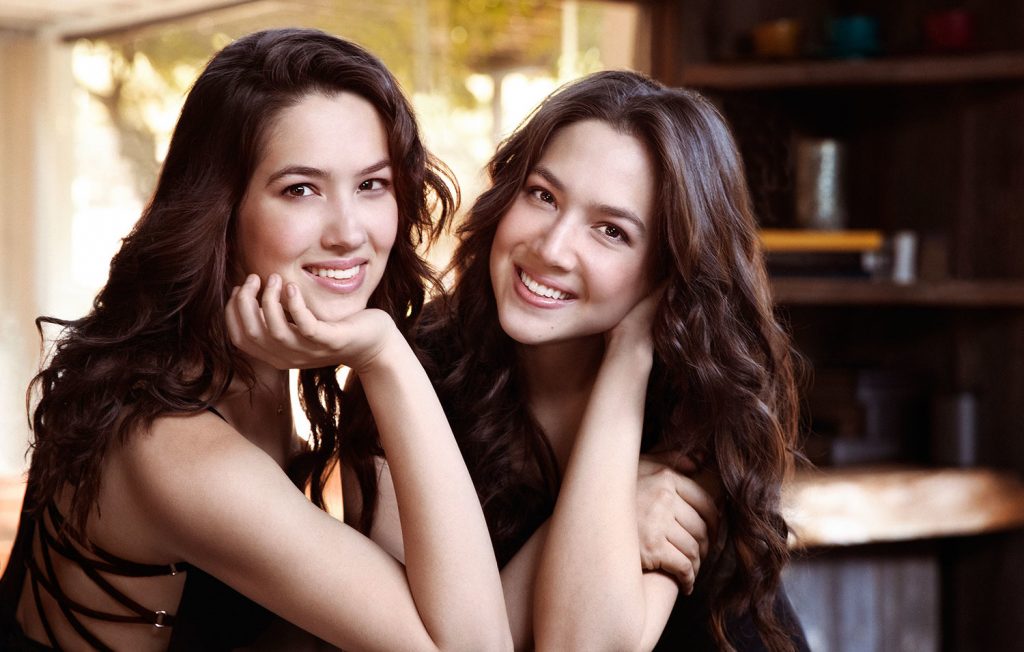 Seated at two pianos end to end, and with face masks obscuring their nose and mouth, the duo had only their eyes and head movement to rely on — yet their synchronicity never faltered. In Leonard Bernstein’s Candide for Four Hands, they danced their way through ten musical numbers from the composer’s operetta of the same name. Their phrasing of each energetic melody was enthralling, while the more somber, melancholy moments were exquisitely beautiful and emotive.

Christina and Michelle Naughton are both accomplished and impressive soloists, but when they play together, it seems needless to talk about what sets them apart. They become one individual, communicating a string of cohesive musical ideas. In Aaron Copland’s Simple Gifts, the simple melody is repeated with added complexity every time. In the hands of the duo, this embellishment never obscured the core theme. This piece called for only one instrument, so the sisters sat next to each other at adjoining benches — mirrored in profile, this only enhanced how they appeared to play as one.

The Naughtons, who premiered this piece back in 2016, are highly familiar with Adams, and their command and mastery over this music was evident. Above dark, rumbling textures, the twins engaged in a compelling musical argument, trading sharp phrases back and forth.

The duo followed up the Adams with another dense and thorny work: Paul Schoenfield’s Five Days in the Life of a Manic Depressive, for piano four-hands. Stillness fell over the audience during the third movement, “Elegy,” where the Naughtons displayed an uncanny ability to keep even the slowest passages laced with an underlying current of tension and anxiety. The virtuosic jazzy flourishes of the last movement, “Boogie,” brought the concert to a resounding close.

Jackson began the program with a recitation of Langston Hughes’ poem “Helen Keller” — the first of five poems by Hughes that served as interludes between each piece on the first half. END_OF_DOCUMENT_TOKEN_TO_BE_REPLACED

Pianos with pins and tape on strings, a bass drum and tam tam, crotales, Almglocken, and vibes. Microphones were hooked up all around the instruments. The feed was sent to speakers around the room. Lighting designer Nicholas Houfek hung incandescent globes over the arrangement of instruments from thin black wires stretching across the beams. END_OF_DOCUMENT_TOKEN_TO_BE_REPLACED

From the podium, Elim Chan set an ambitious tone for the evening. The rising star conductor, here in her Cleveland Orchestra debut, has a commanding style, and every twist and turn in Saturday’s performance tracked closely with her baton. END_OF_DOCUMENT_TOKEN_TO_BE_REPLACED