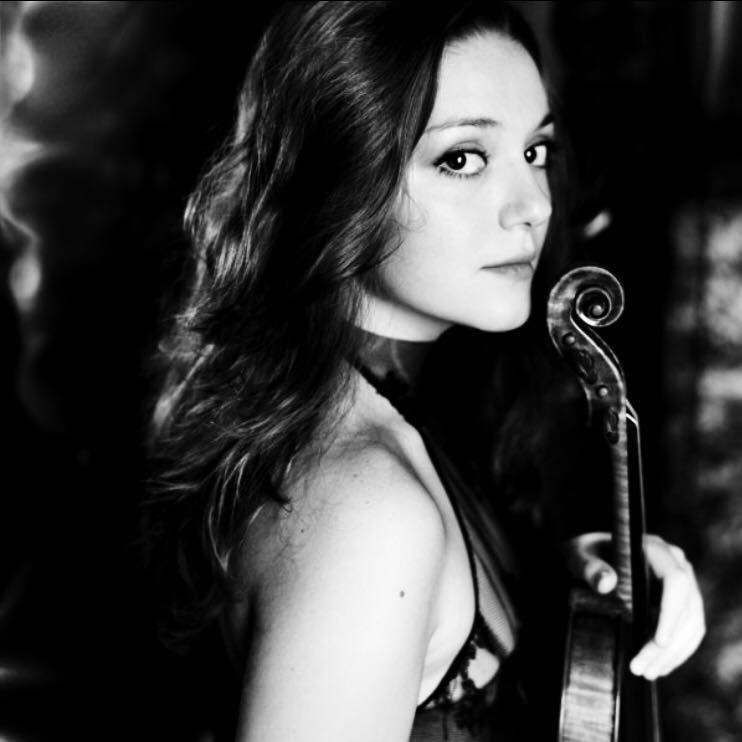 Armed with both a new first violinist, Areta Zhulla, and a new piece by Lembit Beecher, the Juilliard String Quartet will head to Plymouth Church on Tuesday, November 27 for a 7:30 pm concert presented by the Cleveland Chamber Music Society.

Born in Greece, Zhulla went on to study at the Juilliard School and join CMS Two of Lincoln Center, making her name as a soloist, recitalist, and chamber musician performing across multiple continents. She’s been named “Young Artist of the Year” by the National Critics Association in Greece, and is a recipient of the Triandi Career Grant and the Tassos Prassopoulos Foundation Award.

And Zhulla hasn’t been able to stay away from Juilliard, even after earning two degrees there. She’s taught on the faculty of the Pre-College Division since 2016, and this year became a member of the College’s violin and chamber music faculties, in addition to joining the Quartet.

The night before my telephone conversation with Zhulla, the ensemble had played the Cleveland program — Beecher plus Beethoven’s Op. 18, No. 3 plus Dvořák’s “American” Quartet — in a faculty concert at Juilliard, where they serve as string quartet in residence.

Jarrett Hoffman: How did the performance go?

Areta Zhulla: It was such a fun night for me. To begin with, the program is so colorful. Then adding the homecoming feeling that NYC brings out in us, and the fact that it was my first performance at Juilliard as faculty, it was quite a special night. 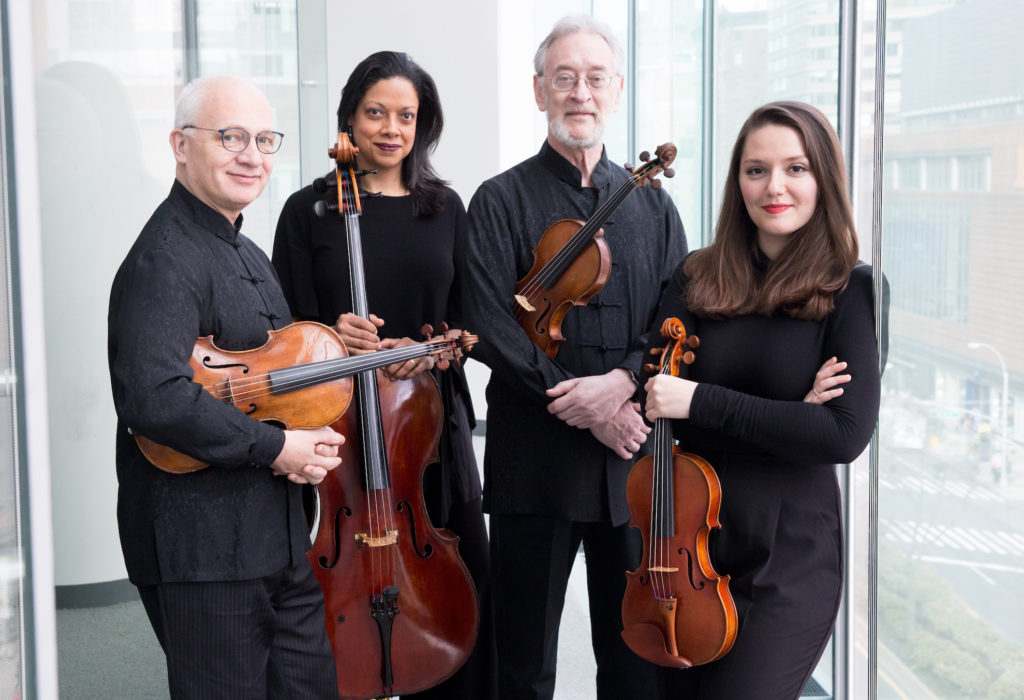 JH: Did you get to know any members of the Quartet during your studies?

AZ: You can’t really be a student at the Juilliard School and not be influenced by the Juilliard String Quartet. I was lucky to have coachings with Joel Smirnoff when I was earning my bachelor’s, and with Bobby Mann during my master’s. But even just watching the JSQ perform, you always learn so much, and come out of the concert so inspired, no matter what the incarnation of the Quartet. Somehow, JSQ is JSQ.

JH: How did you join — was there an audition?

AZ: Yes, the audition process happened last November, so it’s been a year. Early that month, I got a call from Roger Tapping saying that the Quartet was looking for a first violinist — would I read with them? And after my initial scream, I said yes of course, I would love to. We had a whole audition day, which was a usual rehearsal for them — 10 to 3 — with readings of all different kinds of repertoire, from early Beethoven to late Beethoven, to Dvořák, to Bartók.

I got the callback for the second day of the audition, which was a month later. And after that, they called me once more to offer me the job, and that was it. Of course, we had to wait quite a while to actually play together because Joe [former JSQ violinist Joseph Lin] was finishing up the season. But it’s been incredible. On top of being just amazing, fantastic, inspiring musicians, they’re such good people, and it’s been so fun. I’m lucky.

JH: I know that Lin left the Quartet because he wanted to spend more time with his family after the birth of his fourth child. He’s stayed on as faculty at Juilliard — have you crossed paths with him there?

AZ: Joe is one of the nicest people I’ve met. Just last night he came backstage to wish us a good concert, and brought us fruit and snacks, of course. Some of the older JSQ members were there too — Earl Carlyss and Joel Krosnick.

Joe and I also sat next to each other during the audition, and we have a very friendly relationship. He brought two of his kids yesterday, and he’s such a sweet father. You know, JSQ — past or present — is one big family. Everyone supports each other very much, so it’s a really friendly atmosphere all-around.

JH: I’m also excited to talk to you about the Lembit Beecher piece. Aside from last night, have you performed it many times since the premiere?

AZ: We went on a three-week Asian tour this past October, and we performed it there about four times — we were carrying a couple of programs.

JH: Beecher wrote some beautiful notes about the piece, saying that each movement is like a successive generation retelling the same story, with musical material passed along but “reshaped into something quite different.” And each movement is “shorter, slower, and more focused than the previous one.” What are your impressions of it?

AZ: You know, it’s exactly like he describes it. The first movement is sort of life being lived in real time, with lots of details, and lots of struggles and beauty. The second movement is already less dense, and it has this middle section of just exuberant and joyous music — it’s celebrating the generation before it, in a way. And the last movement is an emotional and fond memory of what used to be.

It’s a great piece, and we discover fun new details every time we come back to it, which is always a good sign in a piece. We love performing it, and I hope the audience enjoys it as much as we do.

Case Western musicologist and ClevelandClassical.com correspondent Nicholas Stevens will talk about the music at 6:30 pm. The concert is a collaboration with the Cleveland Institute of Music Chamber Music Festival. Purchase tickets here.

END_OF_DOCUMENT_TOKEN_TO_BE_REPLACED

The strings-only work by Berg has made relatively frequent appearances on the Orchestra’s programs. In 2021, the musicians recorded it for the In Focus series, and it appeared again on last year’s European tour. Friday’s rendition maintained the group’s characteristic light and effortless playing, each section blending as much as possible to echo the work’s original form as a string quartet. At fifteen minutes total, the piece is quite short, but the dense encoded musical meanings require some extra-attentive listening. Splitting up the three movements ensured that each one could be appreciated on its own. END_OF_DOCUMENT_TOKEN_TO_BE_REPLACED