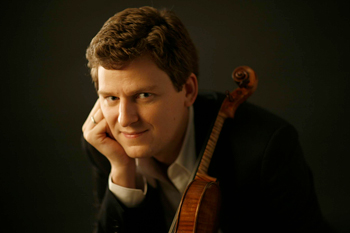 Without a doubt, James Ehnes is one of the nicest people you could ever meet. “How are you today, thanks for calling,” the Canadian violinist said, answering his cell phone in Nashville. “I’m really looking forward to getting back to Oberlin. And of course, under these special circumstances with the unveiling of this violin, it’s going to be a nice occasion.”

On Sunday, October 14 at 2:30 pm in Finney Chapel, James Ehnes will make a return visit to the Oberlin Artist Recital Series along with pianist Andrew Armstrong. Their program will feature the earliest published works by Beethoven, Ravel, Brahms, and Corigliano. And the “unveiling of this violin” he mentioned refers to the recently restored 1722 ‘ex-Vallot’ Stradivarius instrument owned by Oberlin, on which he’ll be performing. Tickets are available online.

Sunday’s concert will mark the first public hearing of the ‘ex-Vallot’ in nearly two decades, and since its complete restoration by the Chicago-based restorer John K. Becker. Ehnes’ invitation to perform on the instrument came from the conservatory’s long-time professor of violin Marilyn McDonald, who has known Ehnes since his teenage years, when he spent his summers performing at the Peninsula Music Festival in Wisconsin. “I think I’ve known Marilyn for over 20 years,” Ehnes recalled. “She’s a special woman and it’s always nice to spend time with her.”

Ehnes said that he first heard about the instrument from McDonald. “It was undergoing a rebirth at the shop of John Becker, who is a good friend — he and the guys in the shop are the only people that I trust with my violin,” he said. (That instrument is a “Marsick” Stradivarius dating from 1715.) “As they were finishing the ‘ex-Vallot’ job, I happened to be in town and they said, hey, check it out. So I was sort of the first person to play on it. It’s a beautiful instrument. 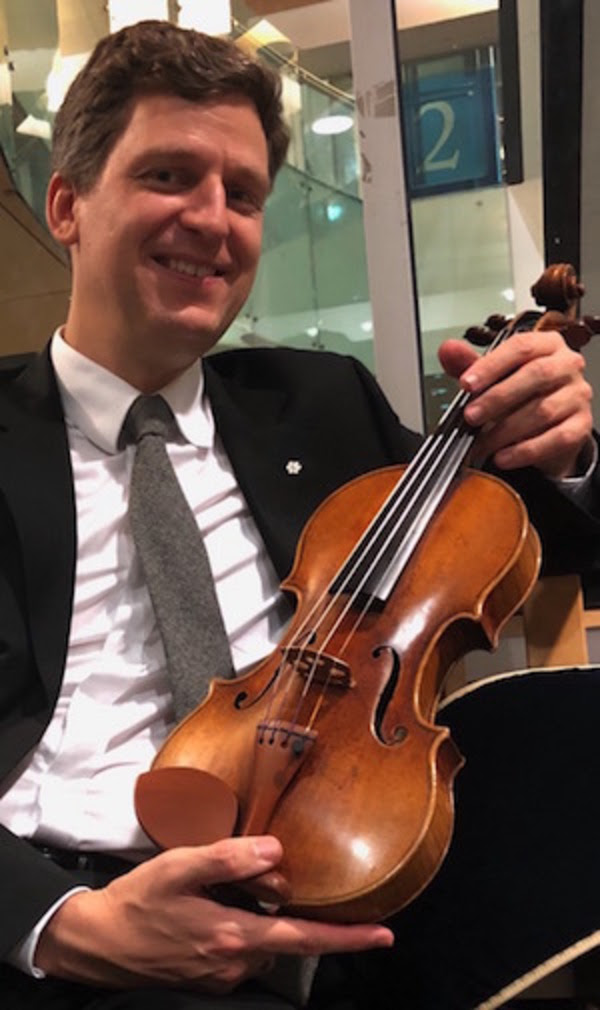 As a self-proclaimed “geek” when it comes to violins, Ehnes said that wherever he is, if he knows there is a great instrument in the area, he finds a way to play it. “At this point I’ve played at least a note or two on 125 different Strads, which I am very proud of. I think there are very few people in the world that can say that. But it’s given me a good sense of context: an understanding of what Stradivarius was doing at different points in his career. It’s also given me an appreciation of how remarkably consistent he was with his tonal ideas. He absolutely had an idea of what he wanted violins to do. If you take ten violins from a particular period in his career — if they are all healthy — they’re all different in the way that siblings are a little bit different, but there is a shared aesthetic. Those ten violins will sound more alike than you’ll ever find in instruments by another maker.”

Has Ehnes ever performed on two different instruments during a single recital? He laughs. “I have a friend who’s a prominent collector and we’ve done projects, mainly house concerts for a benefit, where I would play different movements of pieces on the different instruments in his collection, so I guess in a sense I have.”

Ehnes will begin his program with what he referred to as an iconic piece for violinists — Beethoven’s Sonata No. 1 in D.  “So many of his earliest pieces have such an attitude — he was not going to ease his way into writing violin sonatas. No, he was going to write a big virtuosic important sonata that was bigger than any sonata that came before it. So, it was a remarkable throwing down of the gauntlet. It’s just a fun and friendly piece that makes a nice concert opener.”

His program will continue with Ravel’s Sonata No. 2. The violinist noted that unlike Beethoven, Ravel was at first reluctant to take on the challenge of writing a violin sonata. “There’s a famous anecdote about Ravel being very hesitant to write one because he considered the violin and piano to be such fundamentally different instruments. Of course, they are, but in the first movement he overcomes this by alternating the material — through most of it the violin and piano are doing almost opposite things. They’re trading off, back and forth, and it’s only in the end that it all comes together in the most beautiful way. Although the second movement is titled “Blues,” Ehnes said that it is not American Blues but rather Ravel’s take on the style. “It’s wonderful music and I think it’s one of the more fun pieces in the repertoire. And the last movement is this incredible perpetuum mobile.

Brahms Sonatensatz is the Scherzo from a work known as the F-A-E Sonata. Ehnes said that “it’s a wonderful piece that was written in collaboration with two other people —  Robert Schumann and one of his students.” The sonata was a gift to Joseph Joachim, who was a friend of the three composers. “This was at the time that Brahms first met Schumann and he apparently came to him with stacks of music, but that music has not survived. Brahms was so self-critical that he destroyed almost all of it — apparently, there were quartets, violin sonatas all sorts of things. So this is one piece from that time that remains, and it’s a glimpse into a sadly lost period in his compositional output. It’s the work of a very young man, but it’s wonderful.”

Composed in 1963, John Corigliano’s Sonata for violin and piano is a work that Ehnes is in love with. “I had the great fortune of working with him a little bit during my student years, playing his orchestral music at Juilliard. This sonata is one of his earliest pieces and I think he considers it the first piece of his maturity. It’s a work by a living American that is actually old. It’s by no means a piece of contemporary music, but it has all the great hallmarks of his styling — there’s beautiful lyricism and tremendous virtuosity. It has that sense of a young man hoping to make a statement. There’s just billions and billions of notes for both instruments, but none of them superfluous, it’s an amazing swashbuckling tour de force. 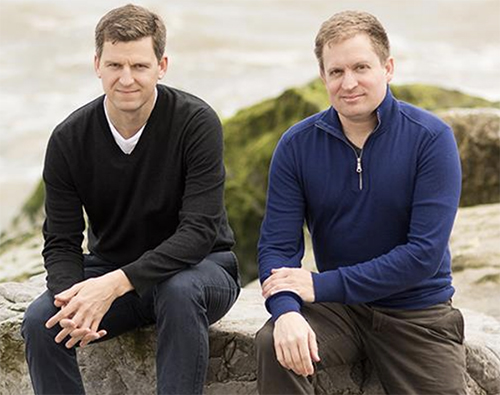 During Sunday’s concert Ehnes will be joined by his long-time friend, pianist Andrew Armstrong, who Ehnes said is a “special guy.” Although the two first collaborated in 2001 for a concert in Miami, it was not until several years later that they began to formalize their collaboration.

“Andy approached me saying that he was supposed to play a violin recital and needed a violinist and did I want to play? We had such a good time, and became instant friends. Over the next several years we played one recital a year for those same people. It was like a joke — that was our gig. As time went by we realized that it would be a serious lost opportunity if we didn’t make the effort to work together on a more regular basis. He and I have made a lot of recordings and played together a lot. He’s a great musician, someone who makes these tours and time on the road a lot more fun.”

And speaking of spending time on the road, at the time of this interview Ehnes was slated to give four performances of the Beethoven Concerto with Giancarlo Guerrero and the Nashville Symphony, then immediately embark on a three-concert tour in Ontario before coming to Oberlin. What are his secrets to survival?

“There’s a certain kind of inertia that sets in and you just kind of get used to it,” he said. “But I enjoy it. I love to play the concerts and love getting to go places and catch up with old friends. I’m in Nashville right now and a couple of my very best friends in the world live here. And if I didn’t have these opportunities to come here and play, when would I see them? I’m in that stage of life — I’ve got two little kids — and if I had a normal job, no matter how much I might want to visit my friends in Nashville, it would be difficult to make that happen. The Oberlin concert is on the heels of a set of Canadian recitals and my wife and kids are coming with me and Andy on this trip. We’ll be like the traveling circus — it’s going to be really fun.”

While on the road, in addition to enjoying seeing friends, Ehnes does find time to taken in one of his non-musical passions — baseball. “I’m going to make people jealous,” he said laughing. “In 2016 during the first week of the World Series I was in Cleveland (making his Severance Hall debut with Prokofiev One) and actually got to go to games one and two thanks to my great friend in the Cleveland Orchestra — that was amazing.”

END_OF_DOCUMENT_TOKEN_TO_BE_REPLACED

Joining a long list of arrangers, Parker Ramsay has now transcribed the Variations for the modern pedal harp, an instrument for which he holds a master’s degree from Juilliard, in addition to a degree in history from Cambridge University, plus a master’s in historical performance (organ and harpsichord) and an artist diploma (organ) from Oberlin. END_OF_DOCUMENT_TOKEN_TO_BE_REPLACED

As organizations gingerly take steps to open up for business, it’s refreshing to have new content to listen to and write about after a solid six months of archival footage. END_OF_DOCUMENT_TOKEN_TO_BE_REPLACED

END_OF_DOCUMENT_TOKEN_TO_BE_REPLACED

Over the past few years, Brian Giebler has visited Northeast Ohio in settings both orchestral and choral, and with repertoire as diverse as Stravinsky, Bach, and the local premiere of a new work. In his impressive solo recording debut a lad’s love, released on Bridge Records, the New York City-based tenor turns his focus to British songs from the first half of the 20th century — a mix of cycles and individual works — and tops off the playlist with a touch of the modern. END_OF_DOCUMENT_TOKEN_TO_BE_REPLACED