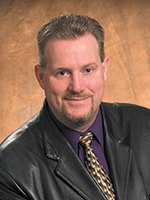 For over four decades Ohio Light Opera has enthralled audiences with performances of the complete Gilbert & Sullivan catalog as well as American and European operettas and titles from the Golden Age of musical theater. Performed in the intimate Freedlander Theatre located on the campus of Wooster College, Ohio Light Opera offers fully-staged, entertaining productions in the midst of a charming college-town atmosphere.

Like nearly every performing arts organization in the world — especially those reliant on vocalists — OLO had to “improvise” during the pandemic. Now the company is ready to launch its 2022 season on Saturday, June 18 at 7:30 pm with Rodgers & Hammerstein’s enchanting Cinderella. Tickets are available online. Click here to view a season calendar.

“It feels like we’ve been away for a very long time,” OLO artistic director Steven Daigle said during a telephone conversation. “Although we did a two-and-a-half-week residency outside last year, it was nothing like our normal season.”

How did it feel to walk into Freedlander again? “I’ve been part of the company since 1990 so there was a familiar feeling. It was very nice to be back in that environment and to think that we are going to be able to create live lyric theater again in a space that hasn’t seen it for two years.”

In addition to Cinderella, this summer’s titles include Hello, Dolly!, The Student Prince, The Pirates of Penzance, The Mock Marriage, and The Fantasticks.

“This year there are a couple of shows that represent our production history,” Daigle said. “The Student Prince has been a big part of our tradition going back almost 40 years. It’s always been a favorite and Pirates of Penzance is another one. So we started our season-planning with those two pieces — they’re both so much fun.”

Not only is Jerry Herman’s Hello, Dolly! a golden age musical, Daigle noted that it is one of the big blockbusters OLO has never produced. “This seemed like the right time to do it. And Cinderella is a title that we were going to program five years ago before we ran into performance rights issues.” Both shows are OLO premieres. 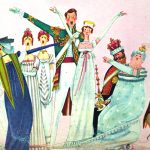 The Cinderella fairy tale is the subject of operas, ballets, and many other treatments, including the version that Rodgers & Hammerstein made for Julie Andrews which premiered in a CBS TV color broadcast on March 31, 1957, attracting more than 100 million viewers. “There are many versions and this one is referred to as the enchanted version,” Daigle said.

Franz Lehár’s The Mock Marriage is also a premier for the company. “Looking back over the past ten years we’ve been adding two to three new works each season. And while Lehár is a popular composer of operetta, this is not something you see staged very often.” 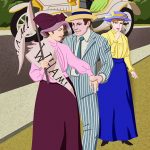 Daigle said that part of what makes The Mock Marriage so much fun is that it’s set in East Coast America. “It’s about a wealthy automobile billionaire — I think this is the first time the word ‘billionaire’ was used in an operetta. The plot centers around four female leads, which you don’t normally find in 1900s operetta — usually there’s a romantic, lyrical male lead and a secondary superette role. This has four very powerful women at its center who decide to form an all-female society because they haven’t had good relationships with men, so in a way, it is a progressive title for its time. The piece is in the vein of The Merry Widow — it’s comical and has a fun, whimsical score.” 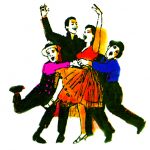 In addition to directing Pirates and Mock Marriage, Daigle is also directing The Fantasticks. “We produced it last summer,” he said. “It’s a very transportable show with its limited set — piano, bass, and drums, so we were able to produce it outside.” Daigle noted that the production was so successful, they wanted to “Try To Remember,” making a pun on the show’s famous tune, and look back at the new things OLO did during the pandemic. “It’s a nice way to include some outdoor performances, and like last summer it’s great to be able to go out into the community — maybe outdoors will become a tradition.”

And who in the company makes the casting decisions? Daigle gave full credit to associate artistic director Julie Wright Costa. “We’re an ensemble company so all of the singers are basically in every show — a lead role in one and a secondary in another. So Julie has quite a task figuring everything out.”

In addition to the cast, all OLO productions are performed with a full orchestra in the pit.

“We’re so happy to have Michael Borowitz back as music director. He’s very talented and loves the repertoire, and that makes all of the difference,” Daigle said. “There are conductors who only look at companies like OLO as an opportunity to work with an orchestra and a group of talented singers. But we need to have conductors that love the art form and Michael definitely does.”

If you’re interested in experiencing more than a show, consider attending the OLO Lagniappe, which runs from July 20-23. Daigle said that a lagniappe is something that is offered as a bonus, and the series also serves as an homage to OLO founder James Stuart. “You can come and take in lectures and see performances — there’s an entire program called ‘Songs from the Cutting Room Floor.’ They weren’t always cut because they are bad songs, they just didn’t advance the show.”

In closing Daigle noted that what he missed most about OLO during the past two years was communicating with an audience. “Live theater is not predictable, it’s engaging. And now after two years, it’s something that we’re not going to take for granted. We are all excited to be part of live audiences again.”

Supported by engagingly, yet simple staging by Cara Consilvio, a well-prepared cast of singers told the archetypal story of Cinderella with charm and flair. Framing the production was  a sparse but colorful set and wonderful lighting by Dave Brooks. END_OF_DOCUMENT_TOKEN_TO_BE_REPLACED

END_OF_DOCUMENT_TOKEN_TO_BE_REPLACED

The music isn’t easy to play, either. Over the course of two hours, all of the musicians brought fantastic focus to the unrelenting tricky rhythms and countless layers of parts, all of which require a high level of individual responsibility. Even in the moments of calm, the accompaniment remains perpetually unsettled. Adams — who made a sprightly presence on the podium — combines minimalist, repeating motives in gradual layers, which eventually become so dense they overwhelm the senses. Lisa Wong deserves special mention for her thorough preparation of the Cleveland Orchestra Chorus, as does Jennifer Rozsa for the Children’s Chorus, which made a brief but memorable appearance in the last few minutes. END_OF_DOCUMENT_TOKEN_TO_BE_REPLACED