With July 4th a day away, it’s as good a time as any for this conversation-starter: aside from The Star-Spangled Banner and America the Beautiful, what music do you most associate with the US of A? It may be the marches of  J.P. Sousa, or it

could be a particular song by the Violent Femmes (“Do you liiiike American music?”). And it very well might be the works of a certain native-born composer that have graced more than a few programs this year.

The day after the United States turn 242, Ohio Light Opera will celebrate two more birthdays — the company’s 40th and Leonard Bernstein’s 100th — when they present that composer’s 1956 comic operetta Candide. Performances begin on July 5 at 2:00 pm in Freedlander Theatre at the College of Wooster and continue through August 10. (See their calendar for details.)

Directed by Steven A. Daigle and conducted by Steven Byess, the production also marks OLO’s first-ever performance of any Bernstein work. Ted Christopher, Alexa Devlin, Stephen Faulk, Benjamin Krumreig, Hannah Kurth, Daniel Neer, Sarah Polinski, and Stephen Walley will take on a cast of characters who are repeatedly killed, only to bizarrely turn up again in far-off locales and ever-stranger situations.

The origins of Bernstein’s comic opera can be traced back to the middle of the 18th century, to Voltaire’s biting satire and magnum opus, Candide. The novella skewers religion, government, war, and philosophy — and was promptly banned after its 1759 publication. (Even U.S. customs seized copies into the 1930s.) And as is common with artistic works that infuriate those in power, the book became wildly popular.

Fast-forward to the 20th century, when playwright Lillian Hellman became inspired to transform Voltaire’s tale into a play with incidental music, until Bernstein convinced her of its potential as an operetta. The work’s 1956 original Broadway production, with book by Hellman and lyrics by Richard Wilbur, John Latouche, and Dorothy Parker, was unsuccessful, though Bernstein’s score received critical acclaim. 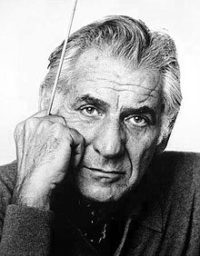 Many new stagings of the work followed, some created without any input from Bernstein, and some even including new libretti, notably by Hugh Wheeler in the experimental 1973 Broadway revival directed by Harold Prince. Those concerned about authenticity (raising their noses skyward) might favor the version performed in December of 1989 at London’s Barbican Centre — with Bernstein conducting the London Symphony Orchestra and Chorus, featuring several significant revisions made by the composer himself. The music-nerdiest among us might be interested in the 2006 Deutsche Grammophon DVD that includes live film of one of those 1989 London performances, as well as commentary from Bernstein.

Perhaps the most remarkable performance came in 2008, in Pyongyang, North Korea, when the New York Philharmonic played the famous Candide Overture as an encore to a concert that was broadcast on North Korean state television. And while another encore that evening, the Korean folk song Arirang, inspired the more emotional reaction, the inclusion of Bernstein certainly points to the far reach of his music, and to his importance in our national musical identity.

It might seem that there’s not a lot left to discover after three decades of experience with the Red Priest’s charming and evocative score, but this performance boasted a secret weapon: the young Spanish violinist Francisco Fullana, now the Orchestra’s artist-in-residence, whose affecting personality and easy virtuosity raised the solo part a quantum leap above the merely extraordinary. END_OF_DOCUMENT_TOKEN_TO_BE_REPLACED

END_OF_DOCUMENT_TOKEN_TO_BE_REPLACED

The Cleveland Orchestra’s second performance of the new season on Sunday afternoon, October 17 at the newly renamed Mandel Hall at Severance Music Center was just such an occasion. If the ensemble’s return to public concerts under the baton of Franz Welser-Möst wasn’t enough reason to light a bonfire, the Cleveland debut of a new work written for one of the Orchestra’s most popular soloists, and the swan song of one of its longest-serving members added extra fuel to the celebration. END_OF_DOCUMENT_TOKEN_TO_BE_REPLACED