Though the Bascom Little Fund — named after the late Cleveland architect and avocational composer — may be obscure to many music lovers, it’s quite well-known among composers and musicians. Created “for the promotion through the media of concerts, publications, and recordings of serious and semi-popular music, newly composed and performed in or near Cleveland, Ohio,” the charitable trust has funded numerous projects over the last five decades.

The Fund’s 50th anniversary was celebrated on September 17 at Cleveland State University’s Drinko Hall with a far-reaching program of music made in Cleveland, performed by the chamber ensemble Panorámicos — and friends. The playlist included music by three living composers. Works by those who are probably still composing for the resonant halls of the empyrean included Klaus George Roy, Beryl Rubinstein, Ernest Bloch, Jim Hall, Tadd Dameron, J.S. Zamecnik, and Bascom Little himself.

WCLV Ideastream announcer Mark Satola was one of three emcees for the evening. Beginning with the observation that he was unaccustomed to addressing an audience he could actually see, Satola introduced the classical portion of the program. 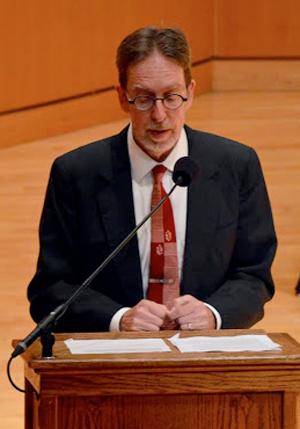 Klaus George Roy, longtime program annotator of The Cleveland Orchestra and composer of witty, annual Christmas cards and dedicatory miniatures, was represented by his Fannyfare, an epigrammatic salute to a friend on her 80th birthday lasting less than a minute and brilliantly played by trumpeter Jack Sutte, trombonist Jason Smith, and pianist Javier Gonzalez.

Three selections by Bascom Little, who wrote over sixty-five works, eighteen of them incidental music for amateur dramatic productions, came from his score to Dunder, a puppet show. A witty poet as well as a clever composer (Poulenc with an American accent?), his “Dragon in the Morning,” “No Wise Owl,” and “New Spring Coat, Peacock’s Song” were delightfully sung by soprano Sandra Simon with Gonzalez at the piano.

The first of two composing presidents of the Cleveland Institute of Music on Saturday’s program, Beryl Rubinstein was remembered with the third movement of his Flute Sonata, beautifully played by Panorámicos director Mary Kay Robinson and Gonzalez. That intriguing selection whets the appetite for more of Rubinstein’s music. As Satola noted, he wrote two piano concertos which deserve to be dusted off and performed. 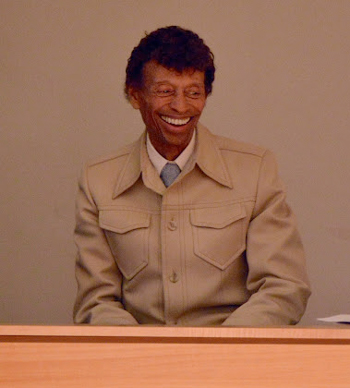 The first half of the evening ended uproariously with the “Charleston” from Paul Schoenfield’s Sonatina for Flute, Clarinet, and Piano, beginning with an attractively bizarre introduction before the trio of Robinson, clarinetist Benjamin Chen, and Gonzalez shape-shifted into a Klezmer band. Though not present, Schoenfield is still with us, teaching on the faculty at the University of Michigan.

Mosbrook sonorously introduced Piece for Jazz Guitar and Strings by Jim Hall (who studied classical music at CIM before moving into jazz) and Tadd Dameron’s If You Could See Me Now, a 1946 piece popularized by Sarah Vaughan, scored for guitar (Don Better), tenor sax (John Perrine), and bass (Isaiah Simons).

Back in the classical vein, former CIM composition professor Margaret Brouwer’s touching 9/11 memorial, Whom Do You Call Angel Now for soprano, viola, and harp, was movingly performed on Saturday by Sandra Simon, Kirsten Docter, and Jody Guinn. The poet, David Adams, joined Brouwer in a bow.

Finally, Daniel Goldmark, director of CWRU’s Center for Popular Music, appeared at the podium with a collection of sheet music chronicling the Cleveland career of J.S. Zamecnik. After studying in Prague with Antonín Dvořák, Zamecnik returned to Cleveland to pump out what must have been an endless stream of popular music (he used nine pseudonyms). Robinson, playing piccolo, led the entire ensemble in Co-Ed and The Cleveland News, peppy, march-like numbers with contrasting trios that added snare drummer Paul Cox to the mix of musicians — a fun ending to an eclectic evening of Cleveland-related music. Champagne and cake followed. It’s a shame Bascom Little couldn’t have been present to celebrate the half-century of his fund.

The cimbalom was the feature of the show, an instrument capable of taking on many personas. Its performer, Chester Englander, has shaped his career around the instrument, and has inspired composers to write more repertoire for it, some of which was presented on the program. END_OF_DOCUMENT_TOKEN_TO_BE_REPLACED

You wouldn’t expect that acoustic from a glance at the nave, which is wide and long, but not especially lofty. But when I guest conducted a local amateur choir and professional orchestra in Beethoven’s Mass in C there a few years back, during the first rehearsal we released the final chord of the “Gloria” and listened in astonishment for the next several seconds. The sound continued to roll down the space like the big wave that surfers dream about. END_OF_DOCUMENT_TOKEN_TO_BE_REPLACED