Though the Bascom Little Fund — named after the late Cleveland architect and avocational composer — may be obscure to many music lovers, it’s quite well-known among composers and musicians. Created “for the promotion through the media of concerts, publications, and recordings of serious and semi-popular music, newly composed and performed in or near Cleveland, Ohio,” the charitable trust has funded numerous projects over the last five decades. END_OF_DOCUMENT_TOKEN_TO_BE_REPLACED 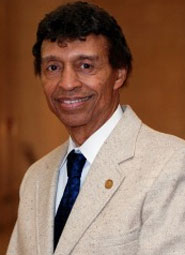 “Leslie Adams’s output of music is incredibly diverse,” said Michael Dalby, Music juror for the Cleveland Arts Prize. He’s well known internationally for his art songs and his solo piano works. He also wrote an opera as well as chamber and orchestral works.” I’ve always been impressed with his humility, his quiet strength. It’s nice to be able to award the prize to someone so deserving.” END_OF_DOCUMENT_TOKEN_TO_BE_REPLACED 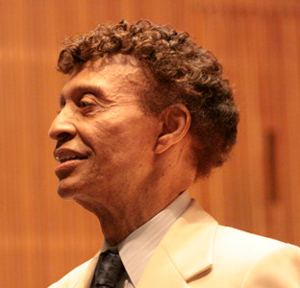 Among the recipients of the 2015 Cleveland Arts Prize, to be presented on Thursday, June 25 at 6:00 pm in Gartner Auditorium of the Cleveland Museum of Art is composer H. Leslie Adams. A graduate of Oberlin College, California State University Long Beach and the Ohio State University, Adams will receive the Lifetime Achievement Reward of $10,000 for bringing great distinction to himself and the region over the course of several decades. His compositions include an opera, Blake, and most recently, a set of Piano Etudes (read a ClevelandClassical review here). For more information about the Cleveland Arts Prize, click here.

Cleveland composer H. Leslie Adams (left), an Oberlin Conservatory graduate, spent the decade from 1997 to 2007 writing his Twenty-six Etudes for Solo Piano. He describes them in the liner notes to two recent recordings as “studies of varying styles, moods, tonalities, and thematic natures — each providing different technical challenges, while expressing my personal sense of beauty.” END_OF_DOCUMENT_TOKEN_TO_BE_REPLACED

returned to his hometown last weekend for a Friday evening concert with The Singers’ Club, who joined with The Music Settlement to present the bass-baritone in a second event on Sunday afternoon. His solo recital on December 9 in Glick Recital Hall was offered as part of the Settlement’s ongoing centennial celebrations.

Now an international opera star who has performed fifty-five roles in more than sixty houses, Doss only began studying voice at the age of 21 after he went off to seminary in Indiana. Friends, colleagues and fans packed the L-shaped recital hall on Sunday to hear Doss sing art songs, opera arias, two cantatas with instruments and a set of spirituals with the expert collaboration of pianist Jerry Maddox.

END_OF_DOCUMENT_TOKEN_TO_BE_REPLACED

It was with a sense of relief and anticipation that I attended last Thursday’s third-to-last concert of ChamberFest Cleveland 2021, after a complete pandemic cancellation of its 2020 season. This musical star of Cleveland summers returned along with many performers from past seasons, plus talented younger musicians in CFC’s Rising Star program. As usual, the performances were top-notch. END_OF_DOCUMENT_TOKEN_TO_BE_REPLACED

Though there was no audience in the room, the energy was palpable as the musicians of the Local 4 Music Fund’s She Scores concert series came together on Sunday for an afternoon of music at the Pilgrim UCC. END_OF_DOCUMENT_TOKEN_TO_BE_REPLACED