In support of music education for low-income families, the Universal Pre-Kindergarten (UPK) has awarded $96,262 to The Music Settlement Pre-School and Day School (TMS).

END_OF_DOCUMENT_TOKEN_TO_BE_REPLACED

On Saturday, March 4 at 8:00 pm at the Bop Stop, Linda White will join classical guitarist Robert Gruca, performing as the Gruca White Ensemble, in a concert that will feature music by three guitarist/composers. END_OF_DOCUMENT_TOKEN_TO_BE_REPLACED 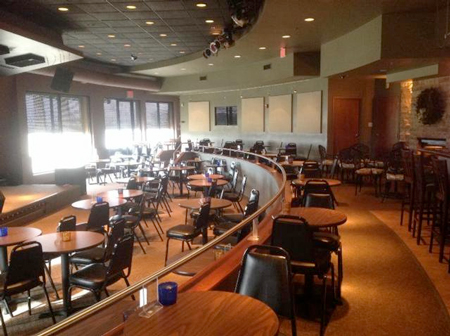 Nearly a year ago, the surprising news that an upscale Ohio City jazz club, The Bop Stop, had been donated to The Music Settlement piqued one’s curiosity: how would the school use that attractive, crescent-shaped facility? END_OF_DOCUMENT_TOKEN_TO_BE_REPLACED

returned to his hometown last weekend for a Friday evening concert with The Singers’ Club, who joined with The Music Settlement to present the bass-baritone in a second event on Sunday afternoon. His solo recital on December 9 in Glick Recital Hall was offered as part of the Settlement’s ongoing centennial celebrations.

Now an international opera star who has performed fifty-five roles in more than sixty houses, Doss only began studying voice at the age of 21 after he went off to seminary in Indiana. Friends, colleagues and fans packed the L-shaped recital hall on Sunday to hear Doss sing art songs, opera arias, two cantatas with instruments and a set of spirituals with the expert collaboration of pianist Jerry Maddox.

END_OF_DOCUMENT_TOKEN_TO_BE_REPLACED

Award-winning bass-baritone and Cleveland native Mark S. Doss will sing a recital on Sunday, December 9, 2012 at 3 pm in Glick Recital Hall at The Music Settlement. The performance is part of The Music Settlement’s ongoing Centennial celebration and is presented in conjunction with the Singers’ Club of Cleveland. Doss, who will be joined by pianist Jerry Maddox, will perform works by Adams, Bach, Barber, Boito, Copland, Glinka, Mussorgsky, Ravel, Tchaikovsky, and Wagner.

Mark S. Doss has sung 55 roles in more than 60 major opera houses around the world, the most notable being Milan’s Teatro alla Scala, the Vienna State Opera, London’s Covent Garden, Lyric Opera of Chicago, and San Francisco Opera. At the age of 28 he first sang on the stage of the Metropolitan Opera House in New York City. This past summer Doss premiered the role of Paul Rayment in Nicholas Lens’ production of Slow Man at its world premiere as an opera at Poznan’s Grand Theatre Opera House Wielki in Poznan, Poland. END_OF_DOCUMENT_TOKEN_TO_BE_REPLACED