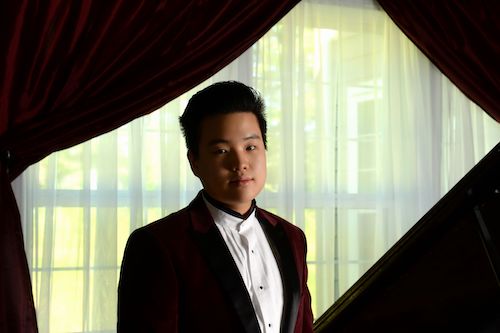 In response to current events, pianist Michael Lu will begin his free, live-streamed recital on the 5pm Series (Friday, June 19 at 5:00 on Facebook) with the Andante second movement of Florence Price’s Piano Sonata in e. He will then continue with his previously scheduled program: Liszt’s Rhapsodie Espagnole, Franck’s Prelude, Choral, et Fugue, and Beethoven’s Sonata No. 32 in c.

Lu is dedicating the concert to Breonna Taylor, George Floyd, Ahmaud Arbery, “and every single member of the African-American community whose lives and futures were cut short because of the cruelty of a broken system that for centuries has failed them,” the pianist said during a recent conversation.

For every donation made to the 5pm Series for Lu’s concert, he will match it in giving up to a total of $200 to the NAACP. He will also donate all of his proceeds to the International Rescue Committee (35%), the Asthma and Allergy Foundation of America (30%), and back to the 5pm Series (35%) “to help increase the reach of their platform and support professional musicians during these difficult times with the coronavirus pandemic.”

In order for donations to count toward those causes, they must be made between 4:00 and 6:00 pm EST on Friday, or simply in Lu’s name at any time. Click here to donate.

The 20-year-old from St. Louis, who recently finished his second year at the Cleveland Institute of Music studying with Antonio Pompa-Baldi, said he was horrified by watching the video of the killing of George Floyd. “To see someone’s life be ended like that was just the worst representation of humanity.”

In the days afterward, he saw the dialogue happening on social media about how that kind of tragedy should never happen again. He also saw people labelling classical music as “the great white culture.” That part didn’t sit well with him.

“To me, the best classical music is like an aural painting of a utopia,” Lu said. “It has all the shapes, it has all the colors, and it uplifts the listener to the spheres that are so spiritual and metaphysical in nature. And it doesn’t matter who wrote it — it just brings people together.” 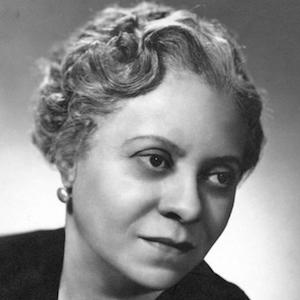 Still, he recognizes that the music of the great African-American composers — such as Price (left), George Walker, William Grant Still, and Ulysses Kay — is unfairly neglected. It’s important for classical musicians, he said, to explore the works of these composers.

“Mozart’s violin sonatas are great music — they’ll always be masterpieces — but they’re played over and over again, oftentimes without anything new being added.” As a point of contrast, he brought up the sonatas of Joseph Bologne, Chevalier de Saint-Georges, the first known classical composer of African descent. “They’re not played often, and you can’t find many recordings of them. I think starting with the year of 2020, that has to change.”

But for Lu, simply playing these works is not enough. “It’s important to try to understand the deepest intentions of the soul of the composer, and the spiritual message of the piece, then try to communicate those things through sound,” he said. “It would be meaningless to just learn the notes and play without any kind of emotional connection. I think we will all become better musicians and better people by studying and playing these works.”

In 2017, the pianist’s belief in the power of classical music led him to found an organization called Classical Music for a Better World, of which he is the president and artistic director. “Music has the power to nourish the soul and touch the heart,” he said. “These things inspire people, and if you don’t have inspiration, you have no motivation. If you want to really make an impact on the world, you need motivation.”

Lu discovered Florence Price in his early teens. One of his childhood piano teachers had just passed away, and her widower invited him to take some of the teacher’s scores. Going through them, Lu encountered composers he was already familiar with, but also names like Price and Amy Beach. He was intrigued.

Now, in response to classical music being given a label he felt was unfair, he pulled out George Walker’s Lilacs for voice and orchestra, which won the Pulitzer Prize, as well as Price’s e-minor Piano Sonata, and began to read them for the first time.

One thing Lu noticed upon listening to the Price was a distinct similarity between the main theme of its second movement and the opening of Wade in the Water. He also heard bits of that spiritual in the first and third movements, and he found out that Price quotes it in the opening movement of her Fourth Symphony, as well. “This was a striking revelation to me,” he said. 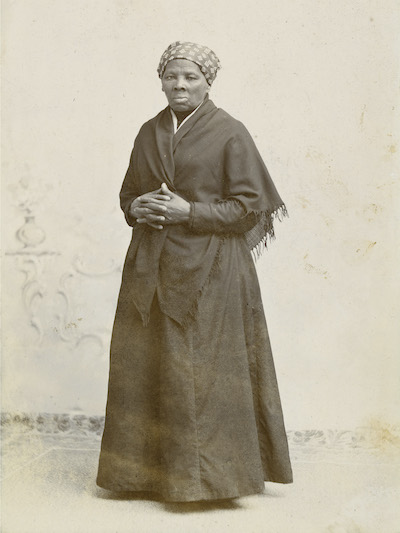 He noted how Harriet Tubman (left) used Wade in the Water as a code to help enslaved people escape from the South: if they moved into the water, slavers’ dogs would lose their scent. “It’s a beautiful melody, and it just breaks your heart when you learn about the historical context of it,” the pianist said. “That’s what made me choose this second movement of Price, though the whole sonata is a masterpiece.”

(Lu will in fact be performing the sonata in its entirety as part of a lecture recital on August 1. “I still have some time, but the third movement is very difficult,” he said, noting the chromatic thirds in the left hand and the double octaves, all to be pulled off at blazing speeds. “I don’t know how you can play that, but people said the same thing about Tchaikovsky’s First Concerto — you just practice and you can get it.”)

The recital this Friday on the 5pm Series will coincidentally be held on Juneteenth, which celebrates the 19th of June, 1865, when the news finally arrived in Galveston, Texas that enslaved people were free and that the Civil War had ended. “Basically it marked the true end of slavery,” Lu said. “But we must realize that we still have so much progress to make. How can it be so long after slavery, and still we see African Americans being treated with astounding cruelty?”

Northeast Ohio’s Les Délices has long been that rarest of beasts: a world-class organization so proud of its region (ours) and repertoire (distinct niches in pre-1800 music) that it never tries to be everything to everyone, paradoxically making a strong case for a broad, curious international following. In the December episode of its SalonEra series, the ensemble embraces its strengths and community to marvelous effect. END_OF_DOCUMENT_TOKEN_TO_BE_REPLACED

END_OF_DOCUMENT_TOKEN_TO_BE_REPLACED

Another I remember fondly is Gian Carlo Menotti’s Amahl and the Night Visitors.  Commissioned by NBC, the one act, made-for-television opera, premiered on December 24, 1951, at the network’s studios in New York’s Rockefeller Center. And now, through the wonders of technology, Cleveland Opera Theater has created a magical new production of the work which is available on demand through January 6, 2021 (Three Kings Day). END_OF_DOCUMENT_TOKEN_TO_BE_REPLACED

Jessen has now followed up with her second solo CD, Winter Chapel. Recorded on January 17, 2020 in Oberlin College’s Fairchild Chapel and available on Carrier Records, the album is a continuum in Jessen’s journey to push the musical boundaries of her instrument and herself as an improviser. END_OF_DOCUMENT_TOKEN_TO_BE_REPLACED