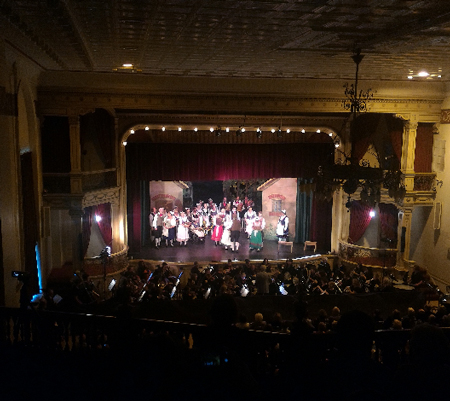 There was no need for Opera Circle Cleveland’s collaborative production of The Bartered Bride to try to break down the “fourth wall” between performers and audience at Cleveland’s Bohemian National Hall on Sunday afternoon, October 25: the wall never went up in the first place. As the audience arrived, cast members were already milling about in the auditorium and its corridors, brightly attired in Czech folk costumes, and greeting friends and family. Carrying their instrument cases, members of the Cleveland Women’s Orchestra threaded their way through the throng, and the young acrobats who would appear in the third act were enjoying pastries in the snack bar. It felt like a big family reunion. END_OF_DOCUMENT_TOKEN_TO_BE_REPLACED 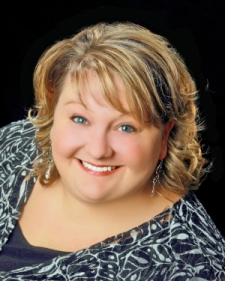 The Canton Symphony Orchestra enlisted Thomson Smillie, the acclaimed opera producer, stage director and lecturer, as guest speaker for its April 20 season finale concert at Umstattdt Hall. His observations before and during the first half of the program, consisting of three selections from Wagner operas, were delightfully astute and witty, and it’s difficult to imagine a more excited champion of Wagner’s impactful genius.

In retrospect, Smillie’s directive to the audience on how to best embrace the first work of the evening, Prelude and Liebestod from Tristan und Isolde, and the third selection, Brünnhilde’s Immolation scene from Götterdämmerung (Twilight of the Gods), seems somewhat curious if not counterintuitive. Smillie posited that the dramatic thrust of these works cannot be wholly appreciated via the inadequate (and perhaps even silly) words in the libretto, but rather through the cascading orchestral surges he compared to musical orgasms. While we hear the singer with our ears and see her with our eyes, he explained further, we must listen to the orchestra with our hearts to experience what words on their own could never impart. END_OF_DOCUMENT_TOKEN_TO_BE_REPLACED

END_OF_DOCUMENT_TOKEN_TO_BE_REPLACED

Rodgers & Hammerstein’s Cinderella was originally produced for television in 1957 — seven years after the animated Disney film was released — and starred Julie Andrews. According to the Rodgers & Hammerstein website, it was viewed by over 100 million people. END_OF_DOCUMENT_TOKEN_TO_BE_REPLACED

The story line has its origin in an 1855 play and an 1842 farce that Thornton Wilder mined for his 1938 play The Merchant of Yonkers. When that turned out to be a flop, in 1954 Wilder made the crucial decision to re-center the show around the character of the legendary marriage broker Dolly Gallagher Levi and renamed it The Matchmaker. END_OF_DOCUMENT_TOKEN_TO_BE_REPLACED

The Dodero Center for the Performing Arts at the Gilmore Academy in Gates Mills is one feature of an impressive campus. The auditorium is shallow, the stage is deep, and the ensemble played without a shell. Throughout the program, the sound, especially in instruments’ lower registers, tended to disappear. END_OF_DOCUMENT_TOKEN_TO_BE_REPLACED