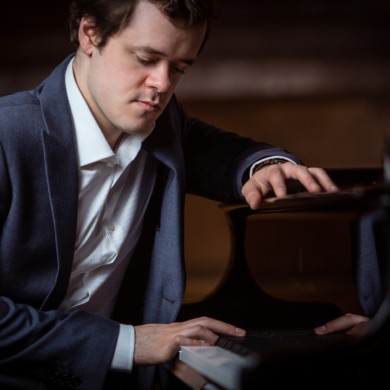 OBERLIN – At 25, British pianist Benjamin Grosvenor is a deep thinker whose touring recital program this season highlights historical-stylistic contrasts between composers such as Ravel and Berg, Brahms and Brett Dean. Click here to read the article on Classical Voice North America, the website of the Music Critics Association of North America.

Like many musicians, British pianist Benjamin Grosvenor’s career received a jump start after winning a competition. “I won the keyboard section of the BBC Young Musician in 2004, and this began my performing career,” Grosvenor said in an email.  “Obviously I was very young at that point and did not play very much, but the attention from the competition brought me concerts.” The pianist later became part of BBC’s Radio 3 New Generation Artist Scheme, which he said was “particularly important for my career, leading to opportunities such as performing at the BBC Proms as well as giving vital recording experience and the possibility to develop relationships with the BBC orchestras.”

On Sunday, November 12 at 4:00 pm, in Finney Chapel, Benjamin Grosvenor will make his debut performance on the Oberlin Artist Recital Series.

END_OF_DOCUMENT_TOKEN_TO_BE_REPLACED 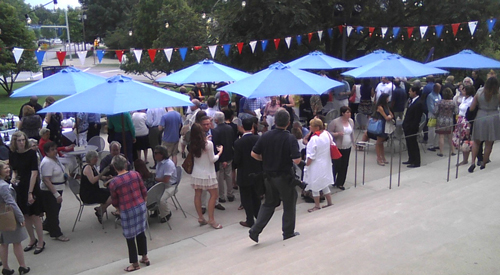 The Cleveland Orchestra’s new concert series, Summers@Severance, offers a one-hour-or-so performance by the orchestra on three Friday evenings at 7:00 pm, bracketed by a party with drinks and small plates served on the Front Terrace. The concept seems to have caught on quickly, and judging from the number of audience members snapping cell phone pictures of the Severance Hall interior, brought many first-time listeners to hear the Orchestra on opening night, August 1. END_OF_DOCUMENT_TOKEN_TO_BE_REPLACED

END_OF_DOCUMENT_TOKEN_TO_BE_REPLACED

As the 250th anniversary of Beethoven’s birth sweeps classical music audiences along a twelve-month, field-wide festival of heroics, experiments, rhapsodizing, and apocalyptic drive, a challenge arises for performers who plan to acknowledge the occasion. In a season peppered with all-Beethoven programs, how does one stand out? Of the many approaches that could thrill an audience and do justice to the composer, which ones serve the ensemble just as well? On a late January evening, the Amici Quartet offered their answer: impeccable playing and utter unity. END_OF_DOCUMENT_TOKEN_TO_BE_REPLACED