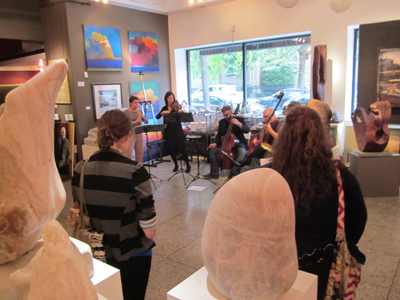 The ensemble’s residency also celebrates Early Music Month, devised by Early Music America. Nagy, who is an EMA board member, explained that the month is designed to draw attention to the quantity, breadth, and richness of the country’s early music scene. END_OF_DOCUMENT_TOKEN_TO_BE_REPLACED

A great thing about chamber music is that it can be performed in any space that can accommodate a small number of musicians while leaving room to comfortably seat an audience. Since 2005, Heights Arts’ Close Encounters Chamber Music Series has found its niche in Cleveland’s vibrant chamber music scene by presenting concerts in intriguing and inviting spaces around the city. The series, coordinated by artistic director Isabel Trautwein, presented its first concert of the season on Sunday afternoon, November 22 at Dunham Tavern Museum in Midtown. END_OF_DOCUMENT_TOKEN_TO_BE_REPLACED