The Cleveland Orchestra has been tweaking the format for its Fridays@7 concerts. They were originally conceived as hour-long, straight-through performances preceded and followed by non-classical genres of music performed in the lobbies in a party ambiance with food and drink. On January 19, the concert — all-Beethoven — was nearly full-length and included an intermission, but as an innovation, it introduced informal conversations between orchestra musicians and Franz Welser-Möst. Severance Hall was packed with a multigenerational audience whose energy helped make the evening a celebration. END_OF_DOCUMENT_TOKEN_TO_BE_REPLACED 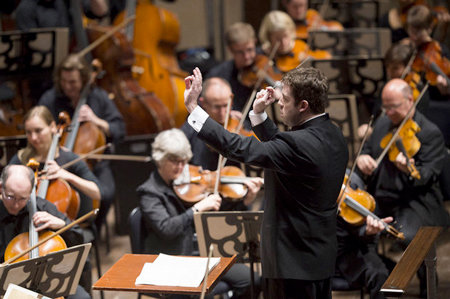 For his next-to-last appearance with The Cleveland Orchestra before taking up his new duties with the Colorado Symphony, associate conductor Brett Mitchell presided over a program of American music on Friday evening at Severance Hall. Two “Third” works were on the program: Aaron Copland’s stirring Third Symphony, and Augusta Read Thomas’s elusive Third Violin Concerto with concertmaster William Preucil as soloist. END_OF_DOCUMENT_TOKEN_TO_BE_REPLACED

Pianist Kirill Gerstein was the center of attention at last Friday’s Cleveland Orchestra Fridays@7 performance at Severance Hall — both during and after the concert. The Russian-born pianist, who is equally at home in classical and jazz, brought a new approach to Gershwin’s Rhapsody in Blue that made the piece sound newly-minted, and enchanted the audience at the After Party in the Grand Foyer with jazz-inspired pieces by Ligeti, Earl Wild, and Oscar Levant. END_OF_DOCUMENT_TOKEN_TO_BE_REPLACED 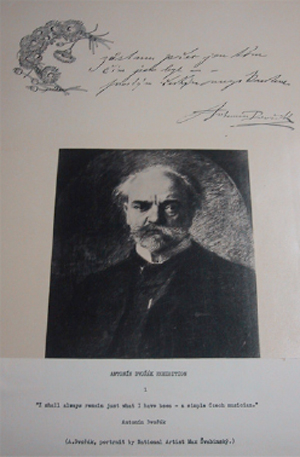 In March of 2011 we visited The Cleveland Orchestra Archives and discovered that Antonín Dvořák had a special relationship with the orchestra. END_OF_DOCUMENT_TOKEN_TO_BE_REPLACED

END_OF_DOCUMENT_TOKEN_TO_BE_REPLACED

The strings-only work by Berg has made relatively frequent appearances on the Orchestra’s programs. In 2021, the musicians recorded it for the In Focus series, and it appeared again on last year’s European tour. Friday’s rendition maintained the group’s characteristic light and effortless playing, each section blending as much as possible to echo the work’s original form as a string quartet. At fifteen minutes total, the piece is quite short, but the dense encoded musical meanings require some extra-attentive listening. Splitting up the three movements ensured that each one could be appreciated on its own. END_OF_DOCUMENT_TOKEN_TO_BE_REPLACED