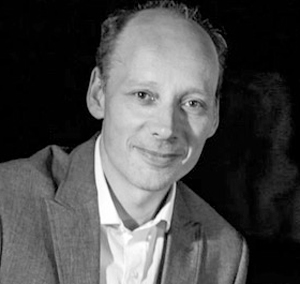 Cellist Clive Greensmith last played in Cleveland in November of 2012. That appearance brought him to the Cleveland Chamber Music Society series during the farewell season of the Tokyo Quartet. He will return to town this week to play several works during ChamberFest Cleveland. We interviewed Greensmith in 2012 and caught up again by telephone to ask him about his ChamberFest assignments and his post-Tokyo Quartet activities.

Daniel Hathaway: When we last talked, you were heading off at the end of the Tokyo Quartet’s last season to teach at the Colburn School in Los Angeles. How is everything going for you these days?

Clive Greensmith: Two years on, everything is going wonderfully well. I was very happy with the way we ended as a quartet — we went out on a high. And I’ve just finished two wonderful years at the school now. END_OF_DOCUMENT_TOKEN_TO_BE_REPLACED 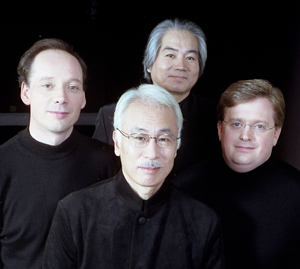 The Tokyo String Quartet stunned its many fans when it announced its intention to leave the concert circuit in July of 2013, after deciding not to replace retiring violinist Kikuei Ikeda and violist Hazuhide Isomura. The group’s final appearance in Cleveland will take place on October 30 at Plymouth Church on the Cleveland Chamber Music Society series, when the Tokyo will play Haydn’s Quartet op. 76, no. 4, Alban Berg’s Quartet op. 3 and Brahms’s Quartet op. 67. British-born cellist Clive Greensmith (left) joined the Tokyo Quartet in 2002 and along with first violinist Martin Beaver made the decision to retire the whole group. We reached Greensmith by phone in New Haven, where the quartet is in residence at Yale, to ask about how a string quartet goes about closing up shop after 44 years.

Daniel Hathaway: Did it come as a surprise to you when Mr. Ikeda and Mr. Isomura decided to retire?

Clive Greensmith: Actually, no. We had been talking about what direction the quartet should go in, and as has been fairly well publicized for a while, Martin and myself thought it would be a good thing to try to find new members. END_OF_DOCUMENT_TOKEN_TO_BE_REPLACED

Northeast Ohio’s Les Délices has long been that rarest of beasts: a world-class organization so proud of its region (ours) and repertoire (distinct niches in pre-1800 music) that it never tries to be everything to everyone, paradoxically making a strong case for a broad, curious international following. In the December episode of its SalonEra series, the ensemble embraces its strengths and community to marvelous effect. END_OF_DOCUMENT_TOKEN_TO_BE_REPLACED

END_OF_DOCUMENT_TOKEN_TO_BE_REPLACED

Another I remember fondly is Gian Carlo Menotti’s Amahl and the Night Visitors.  Commissioned by NBC, the one act, made-for-television opera, premiered on December 24, 1951, at the network’s studios in New York’s Rockefeller Center. And now, through the wonders of technology, Cleveland Opera Theater has created a magical new production of the work which is available on demand through January 6, 2021 (Three Kings Day). END_OF_DOCUMENT_TOKEN_TO_BE_REPLACED

Jessen has now followed up with her second solo CD, Winter Chapel. Recorded on January 17, 2020 in Oberlin College’s Fairchild Chapel and available on Carrier Records, the album is a continuum in Jessen’s journey to push the musical boundaries of her instrument and herself as an improviser. END_OF_DOCUMENT_TOKEN_TO_BE_REPLACED